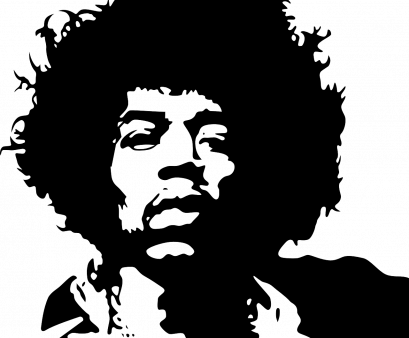 By OpenClipart-Vectors from Pixabay

Cancer Confusion and the Hendrix Version of “All Along the Watchtower”

If I am still in remission after two years, reportedly my bleak prognosis improves somewhat, giving me more time.

There must be some kind of way out of here,”
Said the joker to the thief,
“There’s too much confusion,
I can’t get no relief.”

So opens the famous “All Along the Watchtower.” Written by Bob Dylan, it was immortalized by Jimi Hendrix on his 1968 album Electric Ladyland. Jimi is the greatest guitarist in history according to Rolling Stone magazine.

I choose it today because it captures the anxiety of the healthcare limbo I am in right now. The speakers feel trapped. They feel uneasy. They cannot see the exit.

A recent CT scan showed pelvic sidewall thickening since the last one 18 months ago. Is it recurrence or post-surgical scar tissue? I am currently awaiting a PET CT to find out. No word on a date for it.

To have my unstable temporary ostomy reversed, I need to rule out cancer recurrence and dilate the severe stricture I have at my anastomosis site. But at a recent scope, the surgeon endoscopist said that he believes I am too damaged for reversal. The resection is too low, and the scarring from repeated surgeries too great, for me to have tolerable function afterwards. I have asked for a follow up appointment to learn more, but no word on a date for that either.

But where does that leave me with the dysfunction and pain I currently have? I have called every ostomy nurse I know. All have said they have never had a partially diverted patient with a severe stricture. Yesterday, one said she did not believe any surgeon would convert me to the more tolerable lifestyle of a permanent colostomate: I must remain as I am for life. And no one can answer if the stricture will ever be treated, or how to manage it if not.

In the song, the speakers are troubled by the evasiveness of others. They doubt the veracity of those around them.

“Businessman they drink my wine,
Plowman dig my earth
No one will level on the line,
nobody offered his word.”

But I am still alive, two years after my huge cancer surgery. Most people with aggressive disease are dead by now. If I am still in remission after two years, reportedly my bleak prognosis improves somewhat, giving me more time. The speakers in the song also try to rise above the darkness:

&lquo;No reason to get excited,”
The thief, he kindly spoke
“There are many here among us
Who feel that life is but a joke
But you and I, we’ve been through that
And this is not our fate
So let us not talk falsely now,
the hour is getting late.”

I have started back to full-time work, searching for that illusion of normalcy, and to forge ahead in the face of uncertainty. I struggle to balance commitment and enthusiasm for my job with my unclear path forward, retirement prospects, and my time remaining on earth.

In the song, the narrative vision pulls back, revealing the medieval world of the joker and the thief. The two are riding towards a fortress as a storm brews and nature menaces.

All along the watchtower
Princes kept the view
While all the women came and went
Barefoot servants, too

Outside in the cold distance
A wildcat did growl
Two riders were approaching
And the wind began to howl.

Will they make it? Will they be let in? Are those who are supposed to shelter them trustworthy?

How does it resolve? Living each day in healthcare suspense, “I can’t get no relief.”