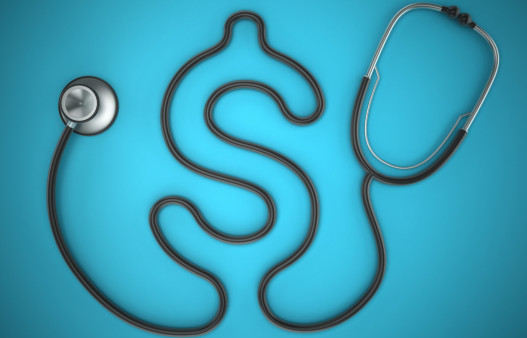 As many look upon this new year as filled with possibilities, I’m already feeling the financial stress due to my health and the financial toxicity that is US healthcare.

It’s been a slightly difficult start to 2020. Toward the end of 2019, I spent hours on the phone with insurance, my primary, oncologist and doctor appointments fighting to get an MRI approved for my lower lumbar spine. Pleased as punch that I got my primary and oncologist working together as a team. It was a weight off my shoulders to have two exceptional doctors and a nurse advocating just as hard as I was to get it approved, especially during the holidays.

The good news is after being denied for the MRI twice by Cigna’s third party, my oncologist had a peer-to-peer discussion with them earlier this week. As of Thursday, January 2nd my MRI was approved. I was already organized and had rescheduled it two weeks ago for Tuesday, January 7th and will discuss the results and plan of action on Thursday, January 9th.

So, while I’m proud for advocating for myself along with my medical team, I’m still pretty pissed that I will be responsible for paying 80% toward my deductible since the MRI approval came on the 2nd. I truly do feel like Cigna did that on purpose so they wouldn’t have to pay because I had met my deductible and was $75 away from being covered 100% by the end of 2019.

It’s downright criminal that many of us must fight to receive the coverage and tests we deserve. Then we’re often stuck with huge bills that seem never ending.

A new year always brings added stress because of high insurance deductibles. Am I happy to have insurance through my employer? Of course, but it comes at a steep financial cost since I have to rotate between an MRI with contrast or an ultrasound every six months along with my diagnostic ultrasound + the cost of medications + copays to specialists. Me being me, I’m planning on fighting my portion of the MRI cost and file a complaint against the insurance. Sure, nothing will probably happen in my favor, but I must at least try for my piece of mind.

I do believe those pesky lesions on my spine are benign, but who knows what’s been growing there all this time since fighting with Cigna. Will they have to be burned off? Hell, if I know. Plus, will I have to get injections in the lower left side of my back to deal with this spondylitis? Will PT be part of the plan too?

All I see are dollar signs and scheduling conflicts as I move meetings at work to make it to appointments.

I’ve had people tell me to enjoy life, go on vacation and travel. I get so infuriated when I hear those suggestions. My insurance deductible through my employer is $6,500. How am I supposed to have fun and go anywhere or even save when that kind of cost looms over me? Getting critically ill is expensive and ongoing in the aftermath.

I want to go to different cancer conferences this year to meet more of the fabulous cancer warriors I’ve been talking to on social media but can’t take that kind of time off from work or have the extra funds since it all goes toward my high deductible. Yes, I know there are travel grants, but as I get older, I don’t qualify for some of those anymore. I’m at a weird age where I’m still “young” but not young enough to be eligible for some grants. Plus, I don’t have the energy to fill out applications once I get home from a very long day of working. I’m often mentally and physically spent.

As many look upon this new year as filled with possibilities, I’m already feeling the financial stress due to my health and the financial toxicity that is US healthcare. 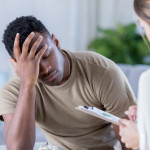 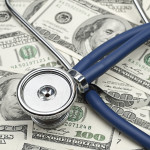 An Ode to Community During Cancer and Coronavirus