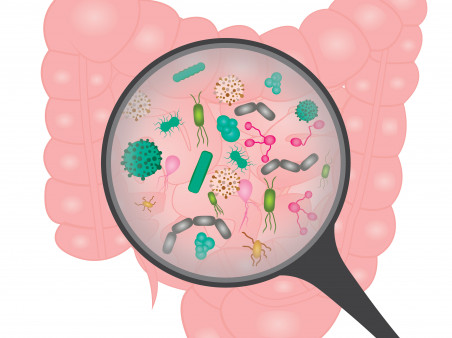 How Chemotherapy Affects the Gut Microbiome

A person’s individual gut microbiome may influence how well chemotherapy works and the likelihood of side effects.

Thanks to research by Damon Runyon scientists Melody Smith, MD, Elizabeth Hughes, PhD, and many others, the impact of gut bacteria on cancer immunotherapy response is becoming clearer. The presence of certain bacteria, such as Akkermansia muciniphila, in patient stool samples has been shown to correlate with better response to immunotherapies, suggesting that these microbes play a pivotal role in stimulating immune response.

But despite major advances in the field of immunotherapy, chemotherapy drugs such as fluoropyrimidines continue to be a mainstay of cancer treatment, and the impact of these drugs on the gut microbiome—and vice versa—remains understudied. 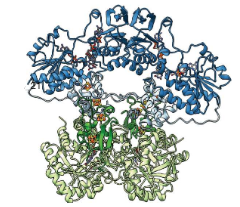 New findings from Damon Runyon-Rachleff Innovator Peter Turnbaugh, PhD, and his colleagues at the University of California, San Francisco, suggest that ignoring interactions between chemotherapy drugs and gut bacteria may be a critical oversight. Indeed, individual variation in gut bacteria may explain the variability in patient tolerance to fluoropyrimidines, which trigger intolerable side effects in more than a third of patients.

In their study, Dr. Turnbaugh’s team found that fluoropyrimidines inhibit the growth of diverse bacterial strains in the gut, indicating that the drug targets the same pathways in bacteria as it does in cancer cells. Some bacteria, such as E. coli, were found to be drug-resistant—but also capable of breaking down and thereby inactivating the drug.

These findings have implications for both the effectiveness and toxicity of fluoropyrimidines. When broken down by gut bacteria, there is less drug available to target cancer cells, but also potentially fewer side effects. Further investigation is needed determine the net effect of these varied drug-bacteria interactions—whether the potential decrease in toxicity outweighs the potential decrease in efficacy—as well as the degree to which disrupting the gut microbiome impairs gastrointestinal and immune function.

If this sounds as complicated as determining the impact of a single pesticide on an entire wildlife refuge, the comparison is not far off. But Dr. Turnbaugh and his team have shone a light on an important and often overlooked aspect of chemotherapy, and this work brings us closer to a personalized, “microbiome-informed approach” to cancer treatment.

This research was published in Nature Microbiology.