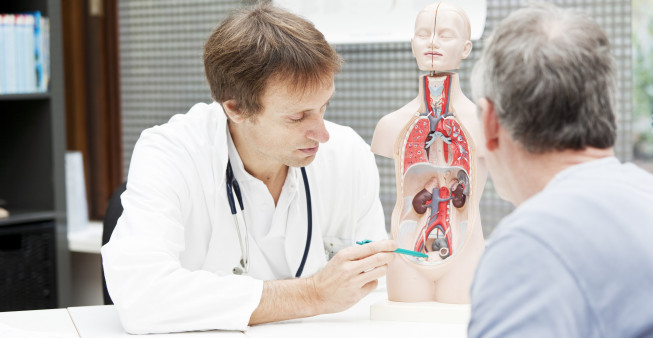 When I was in 7th grade, I had to give a presentation on my science project, an erupting volcano, and I was so anxious about the presentation that I became physically ill and erupted myself. Not pretty. While I didn’t get physically ill today, the feeling was almost the same as I waited to see the radiation oncologist. It’s silly, I know. But it was very real.

In a nutshell, his recommendation was to start salvage radiation therapy.

The R.O. is a Navy captain medical officer, and we spent nearly forty-five minutes going over my case (which I truly appreciated). He took control of the conversation from the outset, explaining the options and consequences of each. I could tell that he had given this little presentation once or twice before. Once we got through that, we did have a real conversation. Some key points:

It was a good conversation, but I’m sorry to say that I don’t know that there was a lot of new information for me there that would tip the scale either way. The doctor wasn’t pushy in one direction or the other, saying that it was equally reasonable for me to continue surveillance or for me to begin salvage radiation therapy. The choice is mine. About the only thing he was adamant about was not starting ADT, and I’m in perfect agreement with him on that.

What’s next for me? A ton of thinking, reflecting, and reevaluating.