After treatment for prostate cancer and before my next meeting with a radiation oncologist, I had another prostate-specific antigen test.

My PSA came in at 0.05 ng/ml. That’s the same that it was in September shortly after finishing the radiation on 26 August 2022. 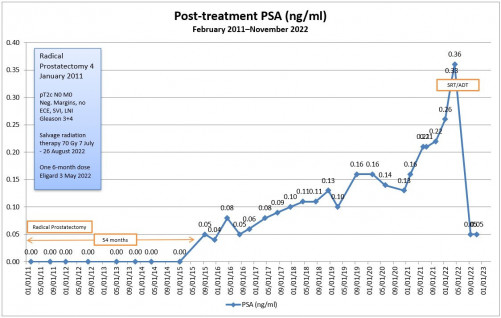 Two data points don’t necessarily make a trend, so I suspect it will take a few more PSA tests to do so.

It will also be interesting to see what happens as the Eligard begins to wear off. It was six months ago today that I was given the six-month dose.

This post originally appeared November 3, 2022, on Dan’s Journey Through Prostate Cancer. It is republished with permission.