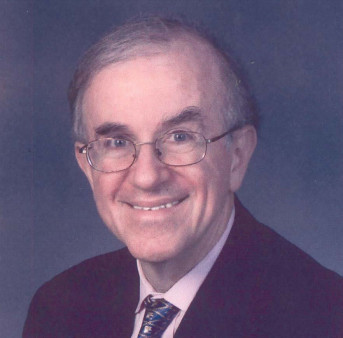 Over 40 years ago, Dr. Lawrence Einhorn changed the outcome of testicular cancer prognosis and treatments.

Welcome to the Band of Ballers! In this series on ABSOT, I’m turning over control to some other ballsy testicular cancer survivors and patients who have inspired me with their work in advocacy and awareness during and after their diagnosis. This month’s feature is all about Dr. Lawrence Einhorn, who revolutionized the testicular cancer treatment game. Enjoy!

Testicular cancer is the most common male malignancy in ages 15 to 35. Prior to 1974, 95% of men with metastatic disease would succumb to their disease, usually within one year of the time of diagnosis.

A 2014 news article from the Indiana University Simon Cancer Center reveals some of Dr. Einhorn’s story. In 1973, Dr. Einhorn came to the IU to work alongside Dr. John Donohue, who was well-renowned for his work in helping to surgically treat testicular cancer. However, surgery was only 20% effective.

As the first medical oncologist at the Indiana University hospital, Dr. Einhorn had close contact with young men facing this fatal diagnosis, including a medical school friend and colleague who passed away from this disease. He made it his mission to develop “a better chemotherapy-based treatment, truly believing that it was incumbent upon him to improve the overall 5 percent survival rate.”

Dr. Einhorn’s research would change how testicular cancer was treated

The original study combined a then experimental drug, cisplatin, to an established two-drug regimen of vinblastine and bleomycin. At the time, “cisplatin [as a chemotherapy drug] was found to be too toxic, causing severe vomiting, neuropathy, hearing loss and kidney damage in these patients, and it failed to stop the growth and spread of most of the cancers,” according to the above article.

Dr. Einhorn later demonstrated that toxicity could be reduced by lowering the vinblastine dosage, eliminating 2 years of maintenance therapy, and eventually substituting etoposide for vinblastine (BEP). For the 60% of patients who present with good-risk metastatic disease, 3 courses of BEP is equivalent to 4 courses.

Thus, over a 12 year period of time, since the introduction of cisplatin combination chemotherapy, treatment became less toxic, more convenient, going from 2 years of therapy to just 9 weeks for the majority of patients. For those patients who were not cured with BEP, 60% will subsequently be cured with salvage chemotherapy, usually comprising high dose carboplatin + etoposide with peripheral blood stem cell transplant (previously bone marrow transplantation).

These breakthrough studies changed these numbers so that today 80% of men with metastatic disease at time of diagnosis will be cured and overall for all patients who present with testis cancer, 95% will eventually be cured.

Dr. Einhorn has also been pivotal in developing successful treatments for chemotherapy- induced side effects and survivorship

In the original cisplatin studies, in the 1970s and early 1980s, cisplatin had an appropriate reputation as a horrible drug as far as nausea and vomiting. This has greatly been altered due to his clinical studies.

His present area of research is survivorship, namely looking at what causes some patients to have durable side effects from chemotherapy, which is referred to as the burden of the cured and developing successful strategies to combat it.

Testicular cancer remains a model for a curable cancer

Young men should be aware of the fact that if they feel a pain, mass, or hardness in their testis, they should not assume that it is benign, and they should have it checked out to make sure it is not cancer.

The earlier therapy starts, the easier it is to cure the disease, often with just surgical removal of the testis alone if it is caught as stage I disease confined to the testis.

Thank you, Dr. Einhorn, for all you have done! Until next time, Carpe Scrotiem!