Another year, another MENtion It survey: my conversation with Dr. Frank Jevnikar of the Cleveland Clinic

September is one of my favorite months. Beyond fall approaching and the subsequent onslaught of pumpkin spiced things, it’s also when the Cleveland Clinic releases their annual MENtion It survey results.

Last year, I was given the chance to speak with Dr. Charles Modlin about the 2018 results. Apparently, they liked me enough to give me a chance to do it again with a different doctor. This year, I interviewed Dr. Frank Jevnikar, who is a staff urologist at the Cleveland Clinic and the proud owner of a last name that is almost as difficult as mine.

He started by giving me his twenty-two-year background in urology.

Since his teenage years, he’s always been a leader and felt a calling to give back. While he didn’t originally plan it, he found that the adage of “your speciality picks you” to be true when he rotated onto urology during his residency.

He quickly learned that it was one of the few surgical specialities for long-term follow up. This allowed him to develop meaningful relationships with patients, which was something that was important to him.

Much like in Harry Potter, it seemed that the “wand picked the wizard,” though I guess in this case, the wizard is now responsible for taking care of the wands and associated parts.

We shifted gears to begin talking about men’s health.

I asked him the biggest difference between men and women when it comes to matters of health. Echoing Dr. Modlin, he said women begin seeing an OBGYN earlier than men begin seeing specialists. He reasoned there’s a link between women seeing these speciality area doctors earlier on and the impact on their doctor visitation habits.

Perhaps due to this, men don’t feel they need to engage in routine visits. The 2019 MENtion It survey backs this up, finding that only 50% of men engage in preventative care by getting an annual physical. Furthermore, 65% of men tend to wait as long as possible to see their doctor if they have any health symptoms or an injury.

Men will also choose various other less desirable activities instead of going to the doctor. 72% of men would rather do household chores, like cleaning the bathroom or mowing the lawn. Even more ridiculous to me, 77% of men would rather go shopping with their wife or significant other than go to the doctor. I’m all for maintaining a nice yard, but I have been an Amazon Prime subscriber for over a decade for a reason.

When guys actually get to the doctor, it’s not always better.

The MENtion It survey found that 20% of men admit they have not been completely honest with their doctor before. Among those men, the top reasons for why they weren’t truthful include:

Dr. Frank and I talked about some of these reasons, focusing specifically on the final one. He’s heard many times when men are more afraid of the unknown than actually sharing the news. However, he advocates for men to see it from the other sign of the coin. If you’re honest with your doctor, it might not be a cataclysmic diagnosis. It might just be something that is normal, and then you can carry on with your life. Even if something is found to be harmful, catching it early on can vastly improve outcomes. 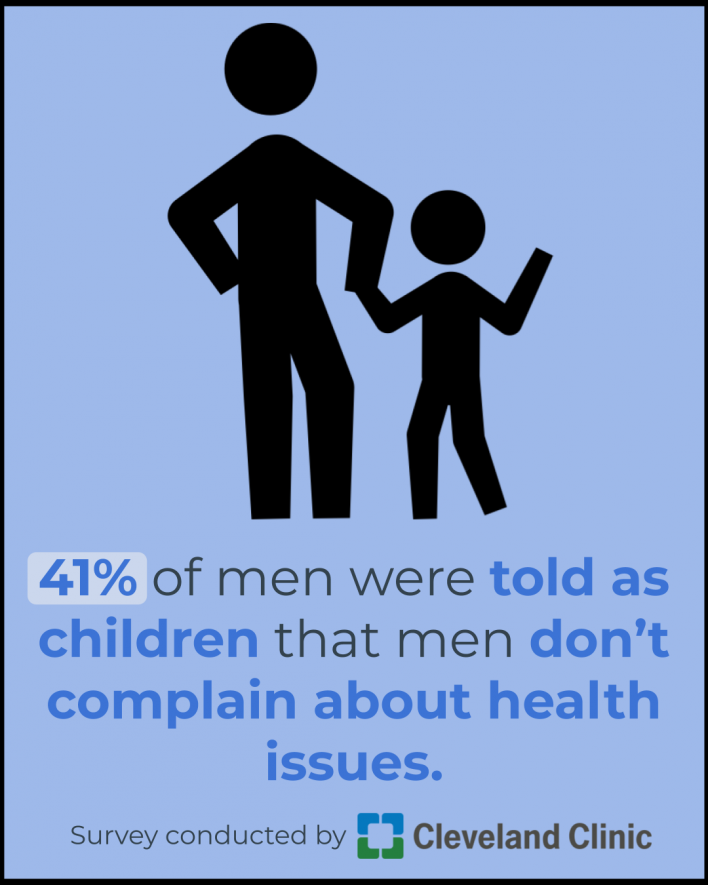 It’s important for men to feel comfortable, but talking about urological issues can be difficult for some men due to how they were raised. The MENtion It survey found that 41% of men were told as children that men don’t complain about health issues. To help shift mindsets away from this notion, it’s important for men to have strong relationships with their doctors.

As Dr. Frank put it, “The truly great urologists are the ones who can balance the medical information with personal relationships.”

The survey found a big thing that would motivate the majority of men to see a doctor more regularly.

It boils down to a matter of inconvenience. As I said in my LetsGetChecked post, going to the doctor isn’t always the most convenient process. Dr. Frank expanded on this, saying that men are at the doctor at their leisure time or have to take time off of work to pay money to visit someone they don’t inherently want to see.

The MENtion It survey found that 61% of men would be more likely to commit to seeing a doctor regularly if the process was more convenient. Dr. Frank said that the Cleveland Clinic is working to get over the physical barriers of inconvenience through offering weekend/evening hours, minority men’s health fair with specialists on hand, virtual visits, and more.

However, there are still psychological barriers to overcome with men’s health.

The first is the attitude of “What’s the benefit if i feel healthy? Why take the time out of my life?” I will own that I was in that group, seeing as I hadn’t been to a doctor for almost three years prior to my diagnosis. In regards to that, Dr. Frank says that while men may feel fine, “silent things may be going on that we can catch early.” This improves the overall perceived benefit of going to the doctor and makes it seem like less of a hassle. 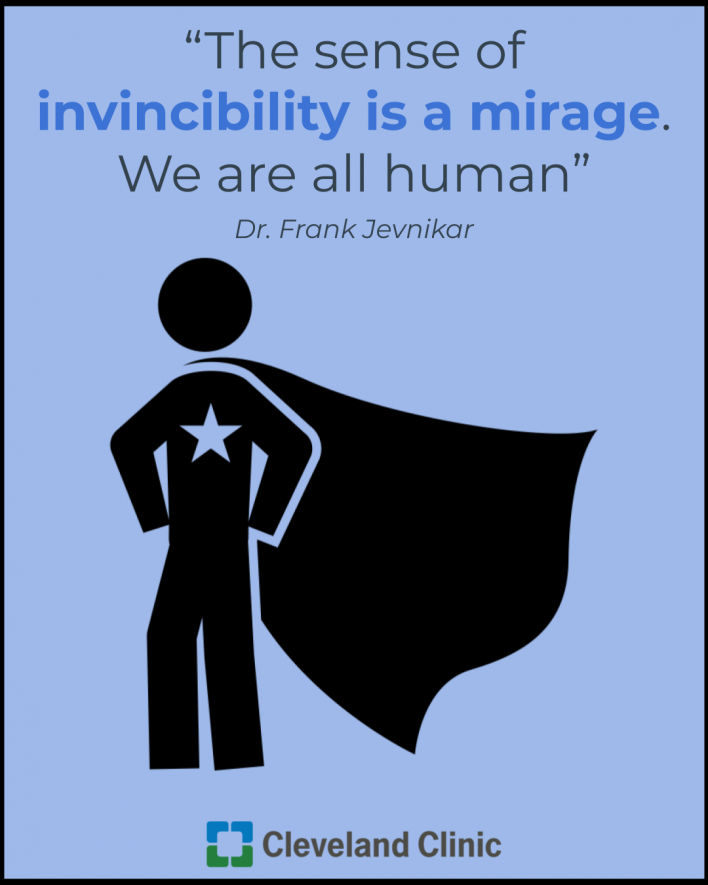 Furthermore, Dr. Frank thinks that men need to stop thinking that they are invincible. In his words, “The sense of invincibility is a mirage. We are all human,” echoing the words of Scott Hamilton.

By taking care of ourselves and getting to know what our “normal” is, we can help improve our health. He’s a huge advocate for early detection and self-exams, joining Dr. Rovito in the thought that the USPSTF’s recommendation is “absurd.”

He wrapped up our conversation by bringing in the analogy of how well men take care of our cars.

If one man were to get into another’s car and hear a weird grinding noise, the former would tell the latter to take it into the shop. If the owner of the car put it off, a simple brake pad replacement could spiral into a full rotor job. Men take their cars in for routine oil changes, even when something doesn’t seem to be wrong with it.

Dr. Frank wasn’t merely musing about auto mechanics. He was drawing parallels to how men need to have the same level of action in taking care of our bodies as we do our cars. Furthermore, we need to discuss our health with other men in our lives, much as we would with our cars.

Once we’ve got our priorities realigned, we’ll be driving men’s health in the right direction.