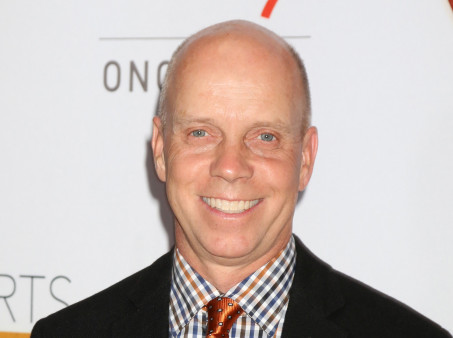 After facing his own testicular cancer battle, Olympian Scott Hamilton wants to improve cancer outcomes for others.

But I digress. Earlier this year, I had a chance to speak with Olympic swimmer and gold medalist Nathan Adrian about his testicular cancer diagnosis. While that was incredible all on its own, I also recently had an opportunity to speak with another Olympian — Scott Hamilton of figure skating and sports anchoring fame. I do think it’s important to note that both of these Olympians did not play a sport that involved handling balls in an aggressive manner.

Back in the far-off year of 1997, Scott was about to turn 39 years old and was in the prime of his life.

After winning a gold medal in the 1984 Olympics, he became a household name and one of the most recognizable figure skaters in the world. He just crossed off a bucket list item — his very own Disney figure skating special — and was in the midst of a 72-city tour with Stars on Ice.

Midway through the tour, he began experiencing a lot of abdominal pain, but chalked it up to a “very stressful life, with being on the road and keeping up with life.” Eventually, the pain worsened to the point where he could not even stand up.

Still on tour, he went to the ER, thinking that his “mountain of stress” had caused an ulcer. He asked for a prescription for medicine, but the doctors ordered a variety of tests. After a CT scan revealed a mass two times the size of a grapefruit in his abdomen, he was diagnosed with stage III testicular cancer.

While on the phone with Scott, I heard him pause and muse aloud at this recollection. He had lost his mother to cancer twenty years earlier, and now it was back for him. Scott recalls losing track of time, and then deciding how he would face cancer:

He quickly underwent surgeries and chemotherapy, and was declared free of cancer shortly after. However, this experience “launched a journey within him.”

Being a public figure at the peak of his professional career, he had no choice but to be completely open with his diagnosis. While his battle was prior to social media and the now customary day-to-day sharing, he still made a conscious choice to share “updates as they were given.” He wanted to control the information getting out there, but most importantly, he wanted to share it in a positive manner.

The world rallied around him, with him receiving over 65,000 get-well cards throughout his treatment cycles. Though he is one of the biggest sports figures of that decade, he never imagined so many people would take the time to wish him well.

One thing he noticed early on was a lack of information. 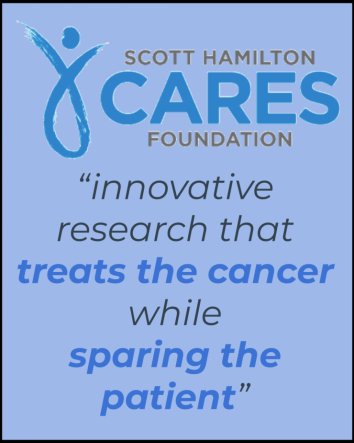 While there was a ton of clinical, doctor-speak information out there, there wasn’t much for the patient. Working with the Cleveland Clinic, he formed Chemocare and 4th Angel, both of which aim to help provide information and support in a relatable and easy-to-understand manner. This is also a large part of why I originally started ABSOT when receiving my diagnosis. Must be a uniballer thing!

But Scott wanted to do more. Eventually, he formed the Scott Hamilton C.A.R.E.S (Cancer Alliance for Research Education and Survivorship) Foundation. The mission statement of the foundation is to support “innovative research that treats the cancer while sparing the patient.”

Scott went ‘ball to the wall’ with this mission and has put all his eggs in one basket: focusing research on immunotherapy.

According to the American Cancer Society, “immunotherapy is [a] treatment that uses certain parts of a person’s immune system to fight diseases such as cancer. This can be done in a couple of ways: stimulating your own immune system to work harder or smarter to attack cancer cells or giving you immune system components, such as man-made immune system proteins.”

When first considering this mission, Scott was worried he was being “naive and chasing a fool’s errand.” However, he also noted that “people thought the Wright brothers were crazy.” He was quick to say he didn’t think he was in the same league as them. Though, I’ve seen some of his routines — the man sure can fly.

However, after being at it for almost a decade, now he says he doesn’t “think it’s naive or irresponsible.”

The way he sees it, “the human body created the cancer. Let’s teach it to destroy it. That’s the best way to treat the cancer. Our own body is a silver bullet to destroy cancer.” 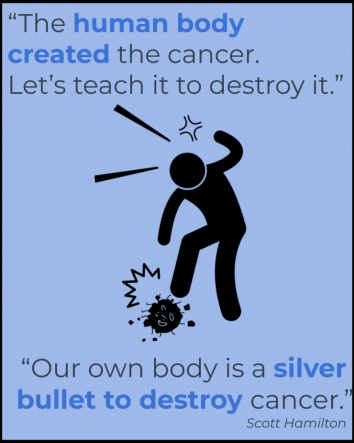 This is also based on proven science. CAR-T therapy has been shown to work on 60% of lymphoma patients, but Scott wants to get it to 100% for a variety of cancers. He also thinks we could learn lessons from HPV vaccinations. Moffitt Cancer Center believes they can eradicate six cancers completely through “high vaccine coverage and more widespread participation.” Scott wonders if similar vaccination approaches work for other cancer types.

While most people will say the ultimate endgame with cancer is to end it, Scott “knows cancer isn’t going away. It’s only going to become more prevalent. I don’t know why cancer incidences are spiking.” To help learn more about this and how to bring down mortality rates, he thinks we need to find viable research programs, fund them, and find out if they will work or not.

The Scott Hamilton CARES Foundation is working to do just that.

They want to work collaboratively with other researchers, foundations, and individuals who are true to the mission. It’s a good investment for everyone involved. Scott encourages everyone to visit the Scott Hamilton CARES Foundation site to learn more.

A group of upcoming events that may be of particular interest are Sk8 to Elimin8 Cancer™ fundraising events in Ohio, Pennsylvania, Florida, and Washington D.C.

Below are the dates and locations of each event:

As our conversation wrapped up, I wanted to know what Scott Hamilton thought about men’s health as a whole. 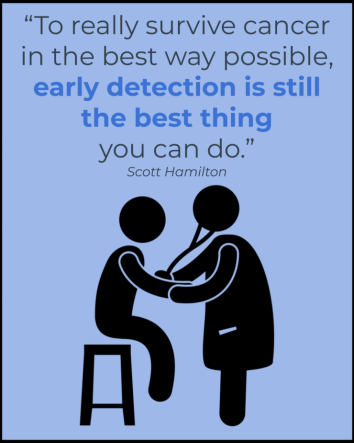 Though I had already greatly exceeded my scheduled fifteen minutes, this is an important topic I always feel compelled to ask whoever I interview.

Pirouetting directly into my heart, Scott started by citing that 1 in 2 men will develop cancer in their lifetime, as opposed to 1 in 3 women. For this reason, men need to take extra care of their health. However, Scott says he thinks a lot of men avoid doctors because it’s admitting that we’re “not bulletproof or that we’re turning in our man card.”

Even though society has put men on a pedestal and tried to make us all superman, Scott said that “we are all human so we need to be vigilant in our health.” We need to recognize that unfortunate events don’t just happen to the Baudelaire children or other people. To recognize that “bad things can happen to us isn’t being paranoid or stupid.” It’s simply the truth.

Scott advocates for limiting risky behaviors, but above all things the importance of early detection. In his words, “To really survive cancer in the best way possible, early detection is still the best thing you can do.”

His passion is clear and his goals are solid. While he may see immunotherapy as his silver bullet, it’s early detection that truly brings home the gold.