Economics 101... The Impact of the Government Shutdown on the Economy

Many of you do not know this about me, but I am an economics professor — and kind of obsessed with the world of economics.

*Many of you do not know this about me but I am an economics professor and have taught this subject for over 15 years and I am kind of obsessed with the world of economics. While teaching college, I continually pushed myself to learn more, to understand more so I could share it in ways that were understandable to my students.

My first experiences as an educator were teaching Micro and Macro Economics in 2003. The first exam I gave, I was so excited and I ran to the scantron machine to see how my class did. I just knew they did great until I saw the scantron spitting out grades of 10, 15, 20 out of 100! I realized then that I was teaching and grading on a level that was NOT teaching anyone anything but just yapping so I learned how to tailor my content to meet the interest and levels of everyone and here I am about to cross over those skills to this topic of the government shutdown.*

Ok first of all, do NOT think this is political because I do not get politics AT ALL — and I do know that politics and economics are married in many ways but I refuse to touch this dynamite with a 20,000-foot pole, and I also refrained from bringing politics into my classroom EXCEPT for 2016 (if you are reading this and I taught you in 2016, HI!).

Here is where we stand though with 800,000 Americans NOT receiving a paycheck and most people do not understand why / how this is a big deal or maybe unfortunately they just do not care. Here is why they SHOULD care and care NOW:

Every single family NOT being paid (with approx. 70% of Americans living paycheck to paycheck — meaning no savings to live off of and to continue to function) is a strain on the economy IN ADDITION TO BEING HUMAN LIVES THAT MATTER — but ok, so back to my topic — they do not get paid, which means that:

That is a big impact; a ripple effect, sure, but one that impacts countless more folks and businesses and the economy as a whole.

Let’s try this scenario — on the micro level — a restaurant that used to have tons of government workers and their families is now not seeing enough diners to keep their full staff so they begin to let people go AND a daycare center that used to service the children of those who are not being paid are now not being paid for those students and this impacts them having to let go staff or cut back on hours of staff.

The scenarios go on and on and remind me of the mortgage crisis when the housing bubble went POP with people using their mortgages to live — everyone had their housing values continue to go up and up and they would, every few years, go back in and “refinance” their homes to unlock “equity” and get the money needed for vacations, weddings, medical procedures, etc. (As a whole America has not been a nation of savers period so when things happen, we need access to capital and our houses acted as an ATM for many.)

Our access to refinancing our mortgages crashed and burned in 2007 and many folks found themselves losing their homes, many executives in the banking world rightly lost their jobs (trying to keep this all simple but it was much more complex than this — read The Big Short to find out more) and ALL of the folks who benefitted from the extra spending were cut back, too — the cleaning staff, the party planners, the restaurants, etc., and we were plunged into a recession.

We are already in a place of severe economic issue — yes, so far, everyone who wants a job finds one (unemployment has been low) and our economy is still running but for how long does it last when 800K people and their dollars are not in the system? Is this food for thought? What happens next? And not to be that much of a pessimist but let us not forget the safety concerns of TSA and Air Traffic Controllers not being paid as well as our military and Coast Guard and more — in a post-9/11 world, are you confident this won’t get WORSE before it gets better? Politics aside, let’s find a way to get the government back in business — our economy and in my opinion our safety and the children and adults struggling right now all depend on it.

What do you think? Are you being impacted by the government shutdown? 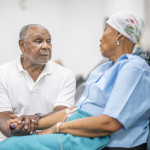