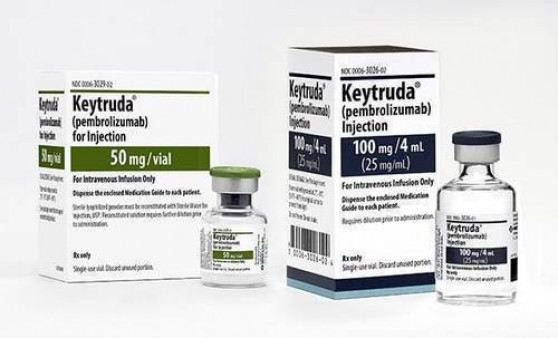 On August 20, 2018, the Food and Drug Administration approved pembrolizumab (KEYTRUDA, Merck & Co., Inc.) in combination with pemetrexed and platinum as first-line treatment of patients with metastatic, non-squamous non-small cell lung cancer (NSqNSCLC), with no EGFR or ALK genomic tumor aberrations.

Today’s approval represents fulfillment of a postmarketing commitment demonstrating the clinical benefit of this product. This action is based on the results of KEYNOTE-189 (NCT02578680), a randomized, multicenter, double-blind, active controlled study enrolling 616 patients receiving first-line treatment for metastatic NSqNSCLC.

The recommended pembrolizumab dose and schedule for NSqNSCLC is 200 mg as an intravenous infusion over 30 minutes every 3 weeks.

This is the second FDA approval using the Real Time Oncology Review  pilot program that enabled the FDA review team to begin analyzing data before the application submission.

This announcement was originally published on the Food and Drug Administration website on August 20, 2018.