As the number of children using e-cigarettes remains at epidemic levels, our enforcement work has been one cornerstone of our efforts to protect youth from the dangers of tobacco products. In recent months our vigorous enforcement efforts as part of the agency’s Youth Tobacco Prevention Plan have included a number of actions to combat the illegal sales of e-cigarettes to youth at brick-and-mortar and internet storefronts, as well as steps to target companies engaged in kid-friendly marketing that can increase the appeal of these products to youth.

Today, we’re taking several new actions, focused on both retailers and manufacturers, as part of our commitment to combat youth access to e-cigarettes. Because tobacco use is almost always initiated and established during adolescence, early intervention — including making sure tobacco products aren’t being marketed to, sold to, or used by kids — is critical.

First, we sent a letter today to the corporate management of Walgreen Co. to request a meeting to discuss whether there is a corporate-wide issue related to their stores’ track record of violating the law by illegally selling tobacco products to kids. As we noted last month, in total, the company’s stores have racked up almost 1,800 violations across the country. They’re currently the top violator among pharmacies that sell tobacco products, with 22 percent of the more than 6,350 stores that we inspected having illegally sold tobacco products to minors. Both the rate of violations and sheer volume of violative inspections of Walgreens stores are disturbing, particularly since the company positions itself as a health-and-wellness-minded business. This cannot possibly come as a surprise to corporate leadership, which is why I want to sit down with them to discuss the important role they play, as a nationwide retailer, in curbing this epidemic.

But we know that Walgreens isn’t alone. There are a number of other national, corporate-owned chains and franchise stores with disturbingly high rates of violations for illegal sales of tobacco products to minors. In total, we’ve identified 15 national retail chains, either corporate-owned or franchised, whose rates of violative inspections exceed 15 percent of their total inspected stores since the inception of the FDA’s retailer compliance check inspection program in 2010.

Violation Rates Between 35-44 Percent of All Inspected Stores

Violation Rates Between 25-34 Percent of All Inspected Stores

Violation Rates Between 15-24 Percent of All Inspected Stores

We plan to similarly hold them accountable. We will ask them to share with us what policies they have in place and what more they can commit to do to prevent youth tobacco sales. Companies should be on notice that the FDA is considering additional enforcement avenues to address high rates of violations.

Ignoring the law and then paying associated fines and penalties should not simply be viewed as a cost of doing business. The stakes are too high for our young people and our country’s decades-long fight to reduce the morbidity and mortality that accompanies tobacco product use. Retailers are on the frontlines of these efforts to reduce the health consequences of tobacco use and nicotine dependence. Walgreens, and other retail chains, should take seriously not only their legal obligations, but also the substantial public health importance of preventing tobacco product sales to minors at their stores.

Today, we’re also announcing that we’ve sent letters to more than 40 companies seeking information about whether more than 50 products — including a variety of flavored e-cigarette products — are being illegally marketed and outside the agency’s current compliance policy. Some of these companies may be attempting to capitalize on the troubling popularity of products like JUUL among kids by illegally selling similar products and outside of the compliance policy. We also need to determine if any of these products may be counterfeit knockoffs. If tobacco products are being unlawfully marketed and sold outside the FDA’s compliance policy, we’ll take action. We simply cannot tolerate this behavior and will take additional action as needed.

We also today sent our first warning letters to several companies for, among other things, selling electronic nicotine delivery system (ENDS) products and a waterpipe tobacco product with labeling and/or advertising that failed to include the required nicotine warning statement. This is an important public health warning and it’s imperative that consumers are adequately informed of the presence of nicotine in tobacco products and understand the risks — especially kids, who research shows are mistaken or unaware of the risks and the presence of nicotine in e-cigarettes. We’re requesting these companies to submit a written response within 15 working days describing corrective actions, including dates on which the company discontinued the violative labeling, advertising, sale, and/or distribution of these tobacco products. Continued failure to comply with the law could result in enforcement action.

Part of our enforcement work also includes ensuring retailers know their responsibilities under the law and the consequences for violating them. Toward that end, the FDA continues to utilize our voluntary national retailer education program called “This Is Our Watch,” which includes free resources designed to support retailers’ efforts to educate their staff on enforcing federal laws and regulations. We hope retailers will partner with the FDA to protect youth in their communities by knowing the law and making use of tools that make it easier to prevent underage sales. The FDA has also developed a retailer education online platform to provide state and territorial officials with educational tools and information on retailer regulations. The program also facilitates peer-to-peer sharing, and fosters conversations around promising practices, lessons learned, and program feedback.

Our boots-on-the-ground presence across the country is also a critical part of our work to ensure retailers aren’t selling tobacco products to minors. This past fall, we marked a historic milestone of conducting a total of one million tobacco retailer inspections since the program began in 2010. This work has resulted in more than 81,570 warning letters to retailers for violating the law as well as the issuance of more than 19,800 civil money penalties and about 145 no-tobacco-sale orders for repeated violations. This major achievement couldn’t have been done without the help of our state partners who are often the ones doing our undercover compliance checks to make sure these products aren’t being sold to kids. That’s why today we sent letters to a number of governors across the country thanking them for their work to support our efforts that led to this significant accomplishment and reminding them we still have work to do to keep tobacco products out of the hands of kids. We’re confronting a deeply troubling public health epidemic with youth e-cigarette use that’s threatening the progress we’ve made in reducing youth tobacco use. The sharp rise in the number of teens using e-cigarettes illustrates the need to work together with diverse stakeholders and remain vigilant in our shared effort to reverse these trends.

We all share the important responsibility of keeping harmful and addictive tobacco products out of the hands of kids. And we realize change can also happen at the grassroots level, which is why we are also working on a plan to go into local communities to highlight areas of the country that have high rates of violations, underscore the importance of not selling tobacco products to minors and encourage concerned parents and others to report potential violations to the FDA. We are also exploring ways that we might partner with state attorneys general to help combat youth e-cigarette use in their states.

We’ll continue vigorous enforcement activities, with a sustained campaign to monitor, penalize and help prevent e-cigarette sales to minors in retail locations, including manufacturers’ internet storefronts, as well as take additional steps to tackle other concerns related to the youth access and appeal of these products. The FDA is also exploring additional enforcement avenues to target violative sales and marketing practices by manufacturers and retailers.

Soon we’ll be providing further information on our proposed new steps announced in November to address youth access to flavored tobacco products, including e-cigarettes and cigars. We’re aware that some retailers and manufacturers have taken some initial positive steps aimed at reducing youth access to e-cigarettes and other tobacco products. While we recognize those who have taken some positive steps to confront this epidemic, we also know there’s more for them to do and that bad actors continue to put youth at risk despite knowing the law and for their own financial gain.

As illustrated by today’s actions, we’re using our compliance and enforcement tools as part of our work to combat the epidemic level of youth e-cigarette use we’re currently experiencing. But our work is not done. We also have studies underway, including investigations that FDA commissioned, to look at the potential for direct effects of harm from e-cigarettes on the lungs and other health factors. This includes the potential for products to cause changes that could be a precursor to cancer. While we believe that e-cigarettes offer a potentially safer alternative to combustible tobacco for currently addicted adult smokers who completely switch to these products, these products are not without risks. This is one reason why we strongly believe that no child should be using an e-cigarette or any other tobacco product.

We’ll also be sharing additional planned policy changes and actions soon. I still believe that e-cigarettes present an important opportunity for currently addicted adult smokers to transition off combustible products and onto nicotine delivery products that may not have the same level of risks associated with them. But if these trends of youth e-cigarette use persist, we’ll be forced to consider regulatory steps that could constrain or even foreclose some of the opportunities for currently addicted adult smokers to have the same level of access to these products in order to protect youth.

Our opportunity to preserve these opportunities for adults for the long run means that retailers and manufacturers need to take their responsibilities to keep these products out of the hands of kids seriously and ensure these products don’t become a gateway to hooking an entire generation of children on tobacco and nicotine. 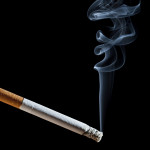