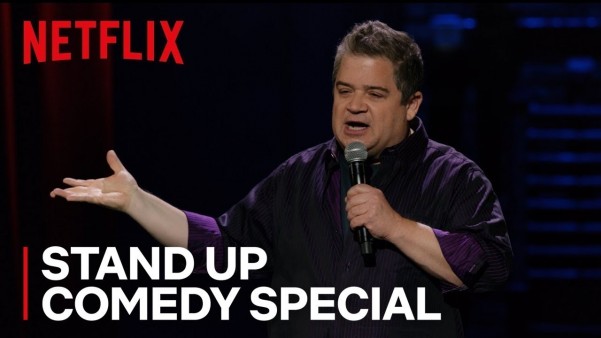 At the end of his new Netflix special, Annihilation, Patton Oswalt shares his late wife’s motto: “It’s Chaos. Be Kind.” In an interview with Splitsider, Oswalt elaborated on how that saying has become so important to his life now:

[T]hat belief system comes down to what Michelle always said, which is, “It’s chaos. Be kind.” If you want to talk to God — or whatever you think God is — go be nice to another person. That is the best way to communicate with the infinite. Be nice to a family member, a loved one, go spread that around. That’s sort of what I was doing, or started to do once I could move. You’re being a superhero when you’re out doing that. You don’t know how it will be spread around, but you know that you’re literally out there doing good.

Today, PHASE ONE Foundation reminded us that “It’s chaos. Be kind” can be just as inspirational to the community of people affected by cancer.

Cancer can be chaos. Treatments, appointments, the emotional roller coaster ... Famous comedian Patton Oswalt (@balvenieboy) shares his late wife’s philosophy in his recent @netflix special and it really resonates with us. In the chaos we can still spread love to family members, colleagues, and strangers - and end up benefitting from this circle of kindness. Oswald continues,“You don’t know how it will spread around, but you know that you’re literally out there doing good.” What are your thoughts on kindness and self-care? .... .... ..... #PhaseOneLA #kindness #wisdom #selfcare #cancer #research #pattonoswalt #netflix #chaos #bekind #comedy