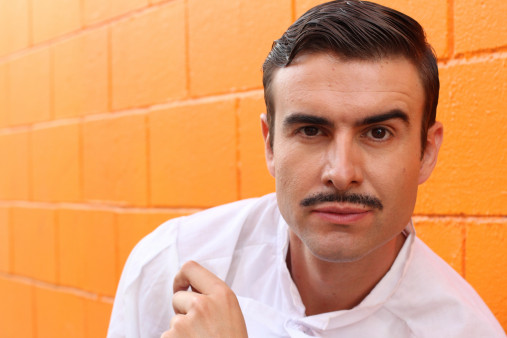 The awareness campaign Movember shines a light on prostate and testicular cancer and mental health, with a focus on suicide.

Sure, moustaches are all the rage now. But back in 2003, before everyone from your barista to your boss was sporting above-the-lip fuzz, moustaches were mostly grown by men of a certain age, the occasional brave hipster or actors “for a role”—at least that was the case in Australia, home of Movember Foundation cofounder Adam Garone.

Dared by his brother in November 2003 to try to revive the facial hairstyle and grow a moustache, Garone and a posse of pals accepted the challenge and soon discovered the power of their new look.

The following year, inspired by what the women around them were doing for breast cancer awareness and research, Garone decided to monetize the ’stache and parlay its power to kick-start conversations in order to promote awareness of and raise funds for men’s health issues—specifically, prostate cancer, testicular cancer and mental health, with a focus on suicide prevention.

To date, the Movember Foundation, which has observed Movember in November every year since, has raised $769 million worldwide and helped fund more than 1,200 projects related to men’s health.

So what can you do to participate in Movember? Well, start growing a moustache—stat!—and tell people why you’re doing it. Then, you can add a one-off “donate” button to your posts on Facebook to get your friends involved. (Consider documenting your evolving look via photos.) If social media’s not your bag, you can join an already existing team or form a team and challenge another. And if you’re unable or unwilling to grow a moustache, you can host an event or “move for men’s health” by running a marathon or competing in a triathlon and raising money that way. For a complete guide to fundraising, hosting events and more, check out the Movember Foundation’s various tool kits here. You can even chat with a Mo Bro live on the site if you can’t find the info you need!