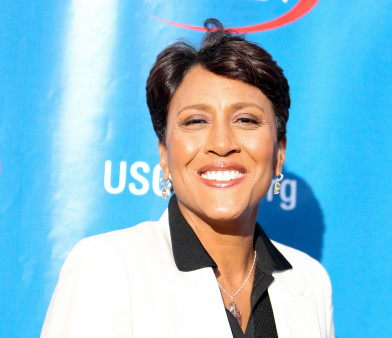 National Cancer Survivors Day is celebrated on June 3 every year. Many people are fortunate enough to have won their battle against cancer and are able to transition back into their pre-cancer lives. This year, we’re taking this opportunity to recognize Robin Roberts who, as of almost six years, has been free of breast cancer and myelodysplastic syndrome (MDS), a rare blood disorder.

This Good Morning America co-host was diagnosed with breast cancer in 2007 and received a bone marrow transplant to treat to her MDS in 2012.

Roberts’ survival is poignant because her sister, Sally Anne, helped her tremendously with her transplant by donating cells. By being public with her treatments and progress, Roberts was truly able to make a positive impact on others fighting against cancer.

As Dr. Richard Besser, ABC News former chief medical editor and now president and CEO of the Robert Wood Johnson Foundation said to Roberts, “When I reflect back on that time, what you gave to all of us through letting us see your journey, the highs and the lows. Letting us see your strength, that gave courage to people all over the country, all over the world.”

Now that Roberts is celebrating over five years of being free of cancer, she has created a fund, the Robin Roberts Fund for Cancer Survivorship Research, with the goal of supporting research to improve the quality of life for cancer survivors of all ages. This fund reflects Roberts’ character in that she is deeply devoted to ensuring that cancer survival rates increase. Being that Roberts was personally affected by cancer, this connection she was able to make with her fans allowed for her to evoke her sincere personality off camera.