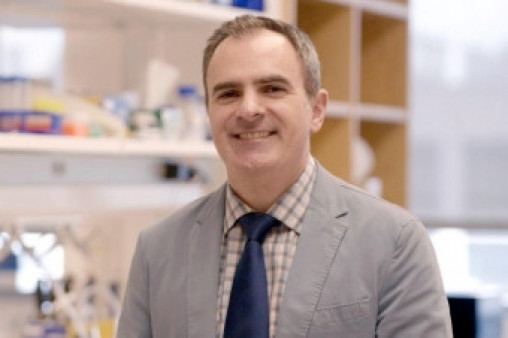 Research offers hope that drugs given before metastasis could reduce the number of patients who progress to Stage IV.

Most cancer cells die when they attempt to break away from a primary tumor and invade other parts of the body, but when a cell succeeds in making a secondary tumor elsewhere, the result can be deadly. Now, scientists have found a clue as to how these cells are able to metastasize. Ralph J. DeBerardinis, MD, PhD (Damon Runyon Clinical Investigator ’11–’14) and colleagues at Children’s Medical Center Research Institute at UT Southwestern (CRI) discovered that some melanoma cells carry proteins, called monocarboxylate transporter 1 (MCT1), on their surface that provide a survival advantage to cells traveling to distant organs.

These proteins allow metastasizing melanoma cells to take up lactate from the blood and use it to produce antioxidants that help them survive. The findings strongly suggest that increased lactate uptake by cancer cells promotes disease progression. This correlates with clinical data showing that patients with higher levels of MCT1 in their cancers have worse outcomes.

The study, published in Nature, also showed that melanomas growing in mice treated with a drug that blocked lactate uptake through MCT1 led to fewer melanoma cells in the blood and fewer metastatic tumors. Untreated mice, on the other hand, had metastases in their liver, kidneys and pancreas. This research offers hope that MCT1 inhibitors given before metastasis could reduce the number of patients whose cancers progress from stage 3 to stage 4, when treatment options become limited.