Stuey Ross — Hands in Your Pants

After losing one of his “buddies,” Stuey Ross and two of his buddies co-founded Hands in Your Pants.

Welcome to the Band of Ballers! In this series on ABSOT, I’m turning over control to some other ballsy testicular cancer survivors and patients who have inspired me with their work in advocacy and awareness during and after their diagnosis. This month’s feature is all about Stuey Ross, who co-founded Hands In Your Pants. Enjoy!

My name is Stuart Ross and this is the story about my balls.

One January evening I noticed something odd and hard in one of my balls. But, it didn’t worry me. I thought nothing of it. I thought it would just go away with time – like most things do. But it didn’t. However, I came to the medical assessment that it was a cyst. Again, it will go away with time. I was 23, playing Australian rules football, just moved out of home and was loving hanging out with my mates. I certainly did not have time for any medical worries or seeing my doctor.

Later, one evening, a lady friend also noticed it. She mentioned it might be a good idea to get it checked.

I said I would get it checked—but later.

A month passed and this odd, hard irregularity hadn’t gone away. Now I was concerned. I spoke to one of my mates. My mate told me to get it checked—people seemed obsessed with this idea.  I said I would, but of course I didn’t. I waited a little longer. At this point, I started to get pain in my abdominal region. Nevertheless, I put it down to the impressive number of sit ups I was doing at the gym.

One morning I woke up and my nut was the size of an orange! I raced down to talk to my dad, he said, “Mate, get that checked. Now!” Time to get it checked! The hard irregularity was a tumor: a big black mass that had engulfed my testicle. I had to have the testicle removed and went through radiotherapy.

My doctor— yep, in plural—tried to comfort me. They told me; if you get cancer, this is the cancer you want to get. Referring to it as a good cancer.

There is no good cancer.

A mate of mine told me that it was lucky that it was me who got it, because I was so strong—whatever that means. 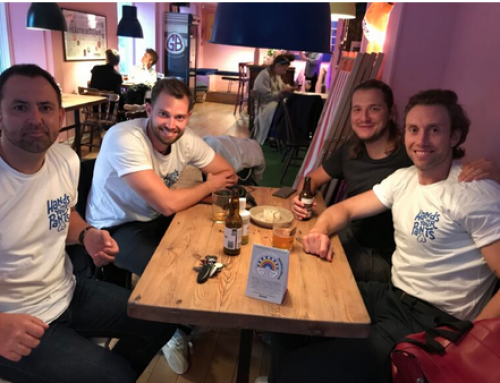 I went through months of hell, lost my identity, self-esteem and questioned myself in every way possible. I sat on the radiotherapy table, not the doctors nor my mate. I tried to go back and play football four weeks after my last radiotherapy session.

That was a huge mistake. I was not emotionally or physically ready for football. Or anything else for that matter. I tried to find myself, convince people I was the old Stuey, but I’d lost myself. It took over 18 months to find myself again, but I did. Testicular cancer is still a f***ing cancer. It is not “the good cancer”. There is no good cancer. That is what I’m here to change.

This was my story and there are many more stories just like mine.

Lads waiting too long before acting upon irregularities in their nuts. That’s why my friends Nicholas and Thomas and I started Hands In Your Pants. We wanted to:

One evening after starting Hands In Your Pants, we sat down, had a few beers and brainstormed ideas. However, a few beers needed to be consumed before we really started talking. Before we started talking about what testicular cancer really was, as well as all the feelings and emotions the cancer entails.

After our talk, it was clear—we needed to make a beer that could get men talking about their balls.

That’s why we teamed up with the Danish Brewery, People Like Us, and the Danish satire movement, Mandsholdet, to create the world’s first beer with a self-assessment guide on it. People Like Us is a Danish brewing company run by people from socially marginalized groups, and Mandsholdet’s key audience is men between 16 to 35. 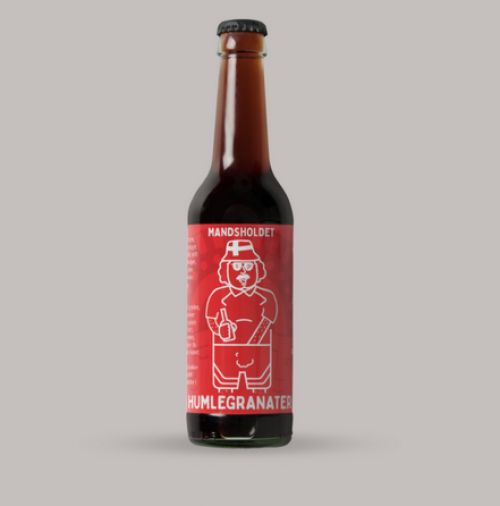 Within the first weeks the beer has done an amazing job in spreading awareness through events, social media presents, and a double page story in one of Denmark’s biggest newspapers and appearances on local TV.

Apart from this, Hands In Your Pants has performed the World’s Longest Nut Walk, started a podcast and a blog, hosted a charity Australian football game, and held a Hands in Your Pants race to raise awareness of testicular cancer. We have also slowly started to grow our meet-ups and have already held some very successful ones.

In closing, we say…Grab your nuts.

This post originally appeared on A Ballsy Sense of Tumor on June 23, 2021.  It is republished with permission.