Right before going on the medication and right before coming off. I’m smiling in both pictures, but the right looks (and feels) more genuine to me. Courtesy of Justin Birkbichler

Another Milestone in My Mental Health Journey

After being on antidepressants for three years, I made the choice to taper off of them.

In addition to making a sack full of ball jokes on this site, I’ve been very committed to sharing my mental health journey as I navigate through survivorship. To recap this briefly, I began having some feelings of general “darkness” about six months after finishing treatment. However, I didn’t really admit it to my doctor for another six months or so. I was diagnosed with depression and put on antidepressants in December 2017. Since then, I have had a number of ups and downs, including changing the diagnosis from depression to PTSD and a few medication increases.

Since fall of 2020 to present day, I’ve experienced the longest period of happiness I’ve felt since pre-cancer (and probably even longer before then, if I’m being honest with myself). In talking with Dr. Maurer at my annual scan at the end of 2020, I mentioned the idea of tapering off my antidepressants after winter, provided I was still feeling upbeat and positive. 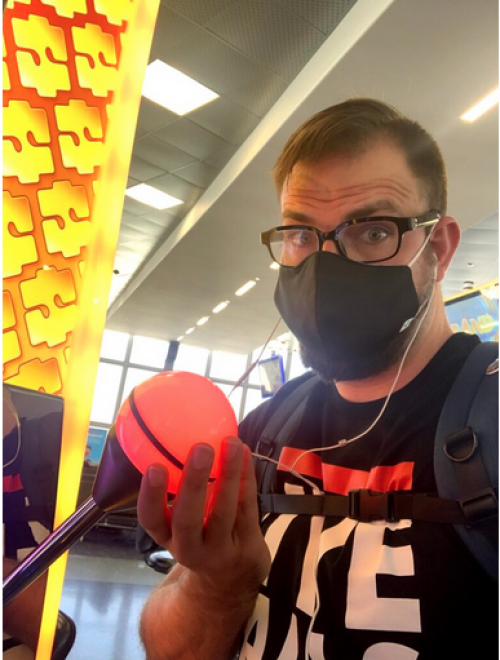 I finished up my taper right before my Vegas trip.Courtesy of Justin Birkbichler

I chose to wait until winter was done because I generally have bad seasonal depression and didn’t want to try to come off of antidepressants during that. He agreed that would support that idea and we could check in again in spring 2021. Long story short: I made it through the winter with minimal issues and the stable mental health continued.

In early March, I began tapering off my antidepressants.

Since I was on a 40 milligram dose of fluoxetine, Dr. Maurer prescribed a reduction by ten milligrams each week until I got back down to zero. In layman’s terms, I did a week of 30 milligrams, then 20, then 10, and finally every other day of 10. Since that took a total of four weeks, I finished up my full taper on April 4.

According to Harvard Health, it takes fluoxetine 25 days of the last dose to be “99% out of body”. In my case, I assume counts as 100% since I lack one testicle. Since April 4 was the first day without it since December 2017, that 25 day mark would be April 29. In an effort to make sure that I captured the full experience, I elected to wait an additional few weeks to publish this piece.

There are a variety of potential side effects that may come with tapering off of antidepressants. 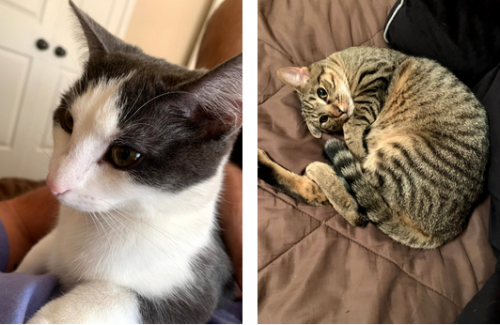 I would be remiss if I didn’t mention how these two have helped too.Courtesy of Justin Birkbichler

Of these, I don’t really feel like I experienced the majority of them. I live in Virginia, so I have a problem with sweating and hot weather year round. Generally speaking, I have vivid dreams, so I don’t think the tapering changed that. I do feel like I’ve slept better, but it could also be since I’ve been prioritizing sleep more. My leg constantly bounces when I am sitting, so that’s nothing new. My brain has felt zapped lately, but I think that’s more related to the weeks on weeks on weeks of monitoring standardized testing at school.

That really leaves the last two – feeling dizzy/lightheaded and changes in mood. As for the dizziness, I will be honest that from time to time I have been feeling a little bit more of this in the past few weeks. I especially notice it when I change positions or am on my feet for a long time. Honestly, I didn’t even know that this was a side effect and it would be hard to determine if the tapering is what caused this.

The mood changes are something I have been acutely focused on.

I went on the medication to help myself feel better and work on improving my feelings of depression and anxiety. I was worried about these feelings rushing back or even getting worse once I went off of them. Luckily, so far that hasn’t been the case.

To date, there’s only been one “episode” of feeling anxious. I was in bed one evening and I felt a bit off for about an hour for no discernible reason. I breathed through it and did a Calm meditation session and it eventually went away. However, I will take that over constant feelings of depression and anxiety.

I know mental health is fluid.

My goal with this post was to share my experience coming off the medication. It was a smooth process when was I tapering off in high school and I am glad it was again this time. Ultimately, it was a personal choice to go off of them. I had no negative side effects from being on them and I wanted to see how I would do without them.

“I compare it to needing chemo for cancer or a cast for a broken arm. You wouldn’t say no to either of those, but why are people hesitant to try medication for mental health? In my opinion, it is foolish to suffer due to the stigma that if you need medicine to be happy, something is wrong with you.”

I know I will be dealing with the PTSD and fallout from cancer for years, if not decades. It is paramount for me to keep a strong eye on my mental health and make sure I can do what I can to keep ahead of it. Beyond medication, I’ve developed a number of coping strategies, including therapy (which I plan to continue), daily meditation, and more.

Coming off of this medication is simply another milestone in my journey through life.

This post originally appeared on A Ballsy Sense of Tumor on May 24, 2021.  It is republished with permission.