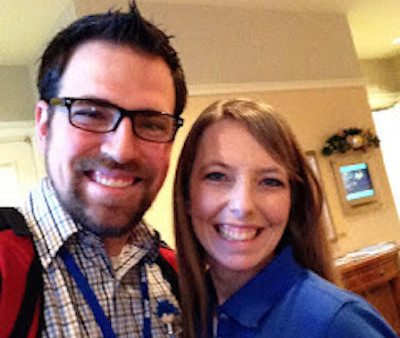 A close friend responds to my testicular cancer diagnosis.

His voice was steady, methodical. Factual information was shared with timelines: when things began, where we stand now. There wasn’t much to share. Just the facts; that’s all I know.

I played the Vox twice to make sure I heard everything correctly. Surgery was urgent. Cancer was probable. Treatment plan uncertain.

Wait. Surely I heard him wrong. I played the Vox again a third time, as my heart sank with shock. It was true.

That was a month ago. Since then we’ve shared countless conversations, snippets of day-to-day normalcy mixed with jarring questions about surgical ports and chemo side effects. I’ve called him a rockstar since our first conversation; he still reminds me that I’m almost old enough to be his mother.

Our friendship is one built in the digital age. I’ve only met him once, but feel as though I’ve known him for years. And now, just like other members of my family, he has cancer and my role is to support him along his journey.

As educators, we talk of learning goals and final assessments. We emphasize the importance of relationships. All those life lessons we want to instill in our students now shine with relevancy as one of our own fights the ultimate battle.

I can already see how this diagnosis is shifting Justin’s perspective on life. He’s called to be a catalyst. An advocate. An inspiration.

He’s already become an inspiration to me.

Tamara was one of the very first people who I ever Voxed regularly with. Although there is a large gap in our age (and she’ll kill me for saying that,) we feel more like friends than mom/son.