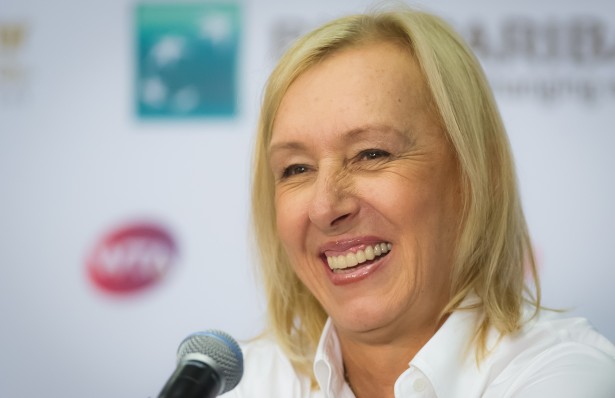 Considered one of the best female tennis players of all time, the Czech-born legend announced in April 2010 that she was being treated for breast cancer after it was detected via a routine mammogram. She called the diagnosis “my personal 9/11,” adding, “I have been healthy all my life and all of a sudden I have cancer. Are you kidding me?” She had a lumpectomy followed by radiation.She partly faulted herself for going four years without a mammogram and encouraged women to get theirs. Six months after her publicly revealing her diagnosis, Navratilova announced that she was cancer-free.

At 63, Navratilova reflected on her diagnosis with The Telegraph: “I’d depended on my body my whole life—I’d treated it well and it had treated me well in return, so the diagnosis felt like a betrayal of sorts.” In May 2019, she joined seven other female celebrities in a live and televised striptease to help raise breast cancer awareness, saying, “the cause was so worthwhile I had to go for it.”