The popular weed killer has been linked to tens of thousands of cases of non–Hodgkin lymphoma.

Bayer, which faced tens of thousands of claims, continued to sell the product without a warning label. Now, the company has agreed to pay more than $10 billion to settle its lawsuits and set aside funds for any future cases, The New York Times reports.

Bayer acquired Roundup, the world’s most commonly used pesticide, when it bought Monsanto, the weed killer’s original manufacturer, two years ago. At the time, there were already cancer concerns­­­—in 2015, the International Agency for Research on Cancer, part of the World Health Organization, declared glyphosate, the key ingredient in Roundup, a probable carcinogen.

The Times refers to the current deal as “among the largest settlements ever in U.S. civil litigation,” covering an estimated 95,000 cases and including $1.25 billion for any impending future lawsuits from Roundup customers who might develop non–Hodgkin lymphoma.

Some money from the $1.25 billion will also be used to establish an independent expert panel that will work to determine whether glyphosate causes cancer as well as the minimum dosage or exposure level considered dangerous. If glyphosate is found to be a carcinogen, Bayer will not be able to dispute this evidence in any future cases. That includes all future class action lawsuits.

Separate agreements have been made with 25 law firms whose clients will receive varying sums of money, ranging from $5,000 to $250,000. However, 30,000 claims from plaintiffs who have yet to join the current settlement are still pending.

Despite the settlement, Bayer stands behind its glyphosate-based herbicides, especially Roundup, and hasn’t admitted any liability or wrongdoing. According to CEO Werner Bauman, the company agreed to pay up because it was “financially reasonable” and would result in an end to current and future litigation.

“Our company is grounded in the well-being of our customers,” Bauman said in a statement. “As a science-based company committed to improving people’s health, we have great sympathy for anyone who suffers from disease, and we understand their search for answers. At the same time, the extensive body of science indicates that Roundup does not cause cancer and, therefore, is not responsible for the illnesses alleged in this litigation.” 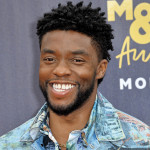 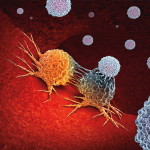