Last week, a federal jury in California found that the popular weed killer Roundup was a “substantial factor” in the development of a man’s cancer, delivering a unanimous verdict that underlines the household chemical’s potential health risks, The New York Times reports.

Decided by a six-member jury at the United States District Court in San Francisco, the verdict represents a major setback for Roundup’s manufacturer, Monsanto, which is defending its products against thousands of such claims.

The lawsuit in question was brought by Edwin Hardeman, who used Roundup on his property for 26 years to control weeds and poison oak. Hardeman was diagnosed with –Hodgkin lymphoma in 2015. The jury determined that the product was a “substantial factor” in causing Hardeman’s cancer. The case now moves on to a second phase, which will focus on whether Monsanto should be held liable.

In a statement, Bayer AG (which acquired Monsanto last year) said it was disappointed in the jury’s verdict, adding that “the evidence in phase two will show that Monsanto’s conduct has been appropriate and the company should not be liable for Mr. Hardeman’s cancer.”

Mr. Hardeman’s lawyers, who will ask the jury to have the company pay his medical bills and award damages, said they feel confident that the jury “will see that Monsanto has committed 40 years of corporate malfeasance” related to the herbicide.

Roundup, which contains the active ingredient glyphosate, is the world’s most widely used herbicide. Industry-funded research has long found the product to be relatively safe, as has the Trump administration’s Environmental Protection Agency, which issued a draft human health risk assessment about glyphosate in 2017 stating it was most likely not carcinogenic to humans.

However, the International Agency for Research on Cancer, part of the World Health Organization, declared glyphosate a probable carcinogen in 2015, and more than 11,200 people have sued Monsanto over Roundup. Many of the cases rely on expert testimony and research that argues that the herbicide causes mutations in human cells and that people exposed to Roundup are more likely to develop cancer.

Hardeman’s case was the first federal Roundup case to go to trial. Though experts suggest that last week’s finding cannot be used as legal precedent in other Roundup cases, the verdict could affect future jury decisions as well as Monsanto’s own risk assessment of its product.

What are Signs of Lung Cancer in Women? 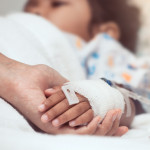