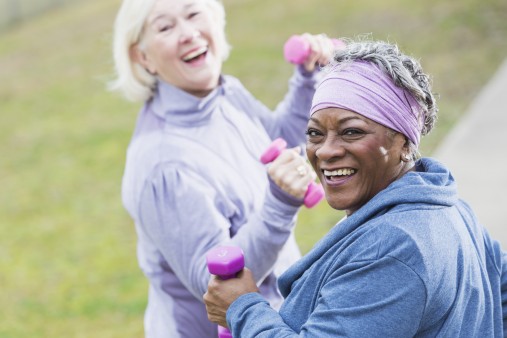 Can Exercise Reduce the Risk of Cancer Recurrence?

Exercise clearly benefits cancer survivors, but studies have shown that too few survivors are physically active either during or after treatment

Exercising, even at a moderate level, is one thing cancer survivors can do to lower the odds of cancer recurrence. The most consistent and largest number of studies looking at the links between exercise and cancer recurrence and overall survival have been reported for patients with breast and colorectal cancer, though increasingly other cancer types are also being studied.

Another study found that women with breast cancer who exercised for the equivalent of walking at an average pace of 2 to 2.9 miles per hour for one hour per week had a 35 to 49 percent lower risk of death from breast cancer, compared with women who were less active.

Although these studies have shown links between exercise and risks of cancer recurrence and mortality, they do not provide much information about whether changing exercise patterns, for example, exercising more after a cancer diagnosis, can reduce the risk of breast cancer recurrence for a person who wasn’t previously exercising. At Dana-Farber, Jennifer Ligibel, MD, director of the Leonard P. Zakim Center for Integrative Therapies and Healthy Living, is leading a National Cancer Institute-sponsored study of weight loss intervention, including increasing exercise and changing diet, to definitively test how making such changes after breast cancer diagnosis impacts cancer recurrence and survival.

One study included a large cohort of men with a history of nonmetastatic colorectal cancer: The more they exercised, the lower their risk of dying from colorectal cancer or any other cause. A second study involved patients with stage III colon cancer who had undergone surgery and were receiving chemotherapy. For patients who were recurrence-free six months after completing chemotherapy, higher levels of physical activity were linked to a lower risk of cancer recurrence and mortality. A third study, involving women with stage I to III colorectal cancer, showed that women who were the most physically active had significantly reduced odds of recurrence and death from any cause than patients who were more sedentary.

While the amount of exercise needed to improve outcomes is not known, the goal with cancer survivors is to try to reach 150 minutes moderate to vigorous activity per week. However, even if survivors can’t get to that level, some exercise is probably better than being inactive to impact cancer-related outcomes.

A smaller number of studies have suggested that exercise can also benefit men with prostate cancer. One study showed that men with nonmetastatic prostate cancer who engaged in physical activity such as biking, tennis, jogging, or swimming for three or more hours a week had a 61 percent lower risk of prostate cancer death than men who exercises less than one hour a week.

The clear message is that exercise benefits cancer survivors, but studies have shown that fewer than 10 percent of survivors are physically active during their primary treatment, and 20 to 30 percent are active after treatment. Researchers at Dana-Farber and elsewhere are studying an array of strategies to motivate patients, through means such as supervised exercise, support groups, and telephone counseling.

This post was originally published on February 7, 2018, by Dana-Farber Cancer Institute. It is republished with permission.