A Cancer You Can’t Cut Out

Heidi Yates, who has chronic lymphocytic leukemia, has the grit it takes to fight for a good life with chronic blood cancer.

The past year has not been an easy one for anyone, least of all Heidi Yates.

COVID-19 flattened the energetic fitness studio owner for two weeks in June. Two months later, her son, Jackson, then 12, was diagnosed with type 1 diabetes—a notoriously stressful disease for families. Meanwhile, Yates has been struggling with awful side effects likely caused by the daily pills she takes for chronic lymphocytic leukemia, or CLL, the most common form of leukemia among adults.

Yates, 41, learned she had the blood cancer in 2016. But she believes it was brewing in her bone marrow and lymph nodes for much longer, leaving her immune system vulnerable to the nasty sinus infections she endured for years.

CLL is a typically slow-progressing disease of B lymphocytes, white blood cells that normally build antibodies to fight infections. Over time, leukemia-affected lymphocytes can crowd out healthy immune cells in the bone marrow and spread to the blood, lymph nodes and spleen.

To manage a chronic cancer well, you need to educate yourself, seek the best specialists and find ways to stay strong emotionally. In many ways, Yates is a role model, according to her specialist, Jan Burger, MD, PhD, a CLL expert at the MD Anderson Cancer Center in Houston. “She’s not just relying on her doctors—she is proactive,” Burger says. “She’s doing all the right things.” Yet even for Yates—with her strong marriage and family, can-do attitude, restless intelligence and extraordinary support network—the road can be rocky. She has had to adjust to living with a cancer that isn’t rapidly fatal but can’t be cured. Says Yates, “I just wish I had a cancer I could cut out.”

CLL is usually discovered in routine blood tests when patients are still asymptomatic. In Yates’s case, however, an ear, nose and throat doctor found the malignancy when he bi­opsied a clementine-sized lymph node on her neck. Imaging revealed numerous swollen nodes throughout her neck, chest and abdomen; a biopsy showed 30% of her bone marrow was affected. Her age and sex also make her unusual—CLL most often affects elderly men.

Although treatment is advancing rapidly, CLL currently has no cure. Yates’s cancer is well-controlled with drugs but poses unique challenges. Most CLL patients can take a monthlong break from their medication to manage side effects. The two times Yates tried to do so (once so she could undergo Lasik eye surgery and a second time to relieve the drug’s side effects), her lymph nodes swelled within days, some growing to the size of golf balls—painful golf balls.

So drug holidays are off the table. But the side effects, including chronic and intractable yeast infections that have stumped her physicians, have become unbearable. Yates describes being in an impossible position: Medication keeps her in remission but comes at the cost of her quality of life. “There’s a part of me that’s like, My cancer’s controlled, just deal with the side effects,” she says. “But it’s gotten to where I just can’t anymore.”

After more than a year of misery, during which she tried every yeast infection treatment, switched to a different targeted therapy and reduced her dosage, all to no avail, in January, she started a newer drug in a different medication class. She and Burger hope the side effects will subside. It’s a proactive approach she learned to apply early.

When Yates was diagnosed in 2016, she acted fast. “All I could think was, Cancer. I have an 8-year-old. Get it out of my body. Give me whatever.” Now she regrets her haste. “That is not the way to go into it. Just take your time,” she says. “I wish I’d taken a breath.”

She found an oncologist in her hometown, Memphis, where she lives with Jackson and her husband, Jack. But he didn’t initially offer prognostic testing to help guide her therapy—a recommended approach. He suggested a six-month course of chemotherapy and told her she didn’t need a second opinion. He didn’t mention targeted therapy, which works against cancers with specific characteristics, even though it was available. 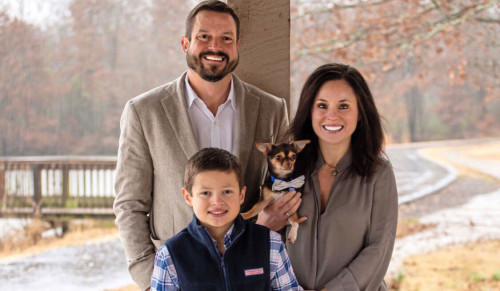 Heidi Yates with husband Jake, their son, Jackson, and one of their dogs, TicoCourtesy of Heidi Yates/Joscelyn Langley

Fortunately, a physician friend nudged her to get a second opinion. Over the past five years, several large clinical trials, some led by Burger, have demonstrated that targeted therapy drugs extend CLL remission and help patients live longer than they do with chemoimmunotherapy, a combination of chemotherapy and antibodies that was the previous standard of care. These drugs are less toxic than chemotherapy. What’s more, according to Burger, a small proportion of CLL patients who receive chemoimmunotherapy go on to develop additional untreatable blood cancers—myelodysplastic syndrome and acute myeloid leukemia. Burger started Yates on a BTK inhibitor—now the preferred first-line treatment for CLL in the United States—and later switched her to a different targeted therapy, a BCL-2 inhibitor.

Back in 2016, some physicians may have prescribed chemotherapy for otherwise healthy young CLL patients like Yates because they can often tolerate its side effects. But specialists at the time already considered that thinking outdated. “It isn’t that it’s a wrong treatment—it certainly will treat the disease appropriately—but it isn’t the most current treatment,” says Gwen Nichols, MD, chief medical officer of the Leukemia & Lymphoma Society.

When Yates flew to Houston to meet with Burger for a second opinion, she found out that it had been years since he’d used chemotherapy as a first-line CLL treatment. Yates and Burger eventually made the decision to begin BTK inhibitor therapy; within three days, she lost five pounds of fluid as the lymph node swelling disappeared.

Nichols estimates that about 80 new blood cancer therapies have been approved over the past five years. The incredible pace can make it hard for nonspecialists to keep up. That’s why, she says, “when you have a cancer that is going to require long-term treatment, unless you are deathly ill, it is worthwhile to get another opinion.” Patients should be given the time to learn about their disease, ask informed questions and get prognostic tests before starting on a course of therapy. About a third of CLL patients have such slow-growing disease that they may never even require treatment.

After meeting with Burger, Yates found a new oncologist in Memphis. She periodically flies to Houston to see Burger, who works with the local doctor to implement her care plan. Unlike with most cancers, these doctor-patient relationships are potentially lifelong.

Many people with CLL will have a normal life span and die of other causes, but Yates is three decades younger than average. At certain times, like when she’s facing the unknown of a new treatment, it can feel like a dark cloud is following her. Soon after her diagnosis, she began taking antianxiety/antidepressant medication to help cope with the stresses—emotional, physical and financial.

Yates is by nature optimistic, resilient and tenacious, important qualities for anyone living with any chronic disease and navigating the health care system. Her husband calls her a bulldog. In 2014, before her diagnosis, she opened a Pure Barre fitness studio in St. Louis, 300 miles from home; a second studio followed the next year. She regularly made the four-hour drive from Memphis, where she taught the workout inspired by a ballet barre.

Under Burger’s order to reduce stress, she cut back on the St. Louis trips, shifting her own role to marketing. She hasn’t made the trek during the pandemic but plans to soon. “I love my team,” she says. “I’ll teach as many classes as I can, see as many clients as I can. When I do get up there, I don’t have to worry about kid, dogs, anything. I can just work.”

Yates finds daily support in the online CLL community. She runs an under-50 CLL Facebook support page with Sabrina, a Canadian woman who underwent a stem cell transplant for CLL, and recently connected with an Australian woman with CLL who received experimental CAR-T therapy. She exchanges daily Facebook Messenger texts with Sabrina and a young Israeli woman with CLL. “That’s been life-changing because we all kind of have similar disease,” she says.

Her network of friends is another positive force in her life. They have flown to Houston for her appointments—and to help her cut loose after. “I drink wine,” she says. “Don’t put me on a medicine where I can’t because that’s not going to work.” She and her husband are foodies who love to travel. These family trips and girlfriend getaways help sustain her zest for life.

“I’m very driven,” she says. “I always have a good work ethic, and I just kind of work it like a job,” Yates says of her cancer. She takes the same approach to managing her son’s diabetes. Yates looks at the CLL treatments as buying time until a cure is found. For now, researchers are focused on testing combination therapies that can extend medication-free remission. But with the current pace of discoveries, Burger is optimistic that a cure for CLL is an eventual possibility for some patients.

Despite her own positive mindset, Yates is candid about what it feels like to live with chronic cancer. “There are times it will just hit me like a punch in the gut,” she says. “I’ll kind of lose my breath, and I’m like, Wow, why do I have to deal with this? And I’ve had a lot of those moments.”

When those thoughts strike, she remembers that it could be worse. Memphis is the home of St. Jude Children’s Research Hospital, a world-renowned pediatric cancer clinic. She knows it’s fortunate that she’s the one with leukemia, not her son. These moments of perspective ground her and give her the strength to continue to enjoy the decades of life she is confident she has ahead of her. “CLL is not going to kill you,” she tells herself. “You are going to become an old lady.” 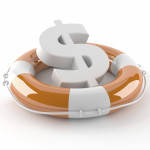 Navigating Cancer and Barriers, One Person at a Time 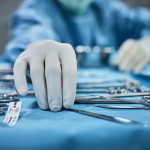 Some Women Were Denied Flat Chests After Mastectomy