Could this be true?

A study published online this month by BMC Public Health claims drinking the equivalent of a bottle of wine each week is as harmful as smoking five to 10 cigarettes a week when it comes to cancer risk. How true is this claim? A recent WebMD article investigated.

Titled “A comparison of gender-linked population cancer risks between alcohol and tobacco: how many cigarettes are there in a bottle of wine” the paper has caused a stir in the cancer research community over the past few weeks. The study’s authors noted it is the first paper to do a head-to-head comparison of alcohol and cigarettes as risk factors for cancer and was used primarily to help raise public awareness of alcohol as a cancer risk factor.

For the study, researchers made a seemingly simple comparison—weighing the higher estimated risk of to moderate alcohol consumption and the higher risk of getting cancer from smoking. They found that among nonsmoking men, the increase in lifetime cancer risk from drinking one bottle of wine per week was 1.0 percent; for nonsmoking women, it was 1.4 percent —equivalent to the estimated lifetime cancer risk of smoking five to 10 cigarettes a week.

Since its publication, the paper its findings have been both condemned and praised.

“The cancers induced by smoking, which are very clear, are not the same as the cancers supposedly affected by alcohol—which are a lot less clear,” commented Ruth Etzioni, , a biostatistician at Fred Hutchinson Cancer Research Center in Seattle. She added: “Making this comparison is not helpful and is guaranteed to cause alarm.”

Others say the study isn’t as unscientific as the attention-grabbing title suggests. “The paper starts by saying ‘We must first be absolutely clear that this study is not saying that drinking alcohol in moderation is in any way equivalent to smoking,’” said Mark Petticrew, PhD, professor of public health evaluation at the London School of Hygiene and Tropical Medicine, adding, “Public health professionals and possibly the public have often speculated about alcohol risks compared to smoking…for that reason, it is an unusual and important paper.”

As for the numbers, in the higher cancer risk from drinking was primarily from gastrointestinal cancers. In women, breast cancer accounted for 55 percent of additional cancers attributed to moderate alcohol consumption. Unsurprisingly, as alcohol consumption increased among study subjects, so did their lifetime risk of alcohol-related cancers.

Study authors added that the World Health Organization’s International Agency for Research on Cancer, the World Cancer Research Fund and the American Institute for Cancer Research have all ruled that no level of alcohol consumption is completely safe.

Meanwhile, up to 70 percent of Americans currently do not believe alcohol is a cancer risk factor, despite numerous studies showing otherwise.

To learn more about alcohol and cancer risk, click here. 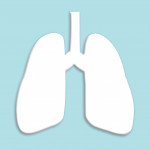