Carmen Hidalgo-Tenorio, of the infectious disease department at Vergen de las Neivas University Hospital in Granada, Spain, and colleagues conducted a sub-study of a previous longitudinal, observational sub-study of an earlier trial on the role of antiretroviral treatment in clearing HPV strains. It followed 405 gay and bisexual men with HIV at one center from 2010 to 2018. The men’s median age was 36; 30% of participants were younger than 30 at time of their first appointment. Sixty percent were between 30 and 50 years old. Nearly all participants were from Europe (96%); the remaining participants were from Central America. Thirty-one percent had a history of anal/genital warts, and a quarter had a history of syphilis.

The men had been living with HIV for a median of two years. Eighty-six percent were on antiretroviral (ARV) treatment at the start of the study but had been on treatment for a median of just four months. Eighty-five percent of the total participants had an undetectable viral load (below 50) at baseline. About a quarter had a history of AIDS.

In addition, between 2012 and 2014, men with low-risk abnormal cells and no evidence of HPV variants 16 and 18 received the HPV vaccine.

Starting in 2013, participants had the option of using imiquimod cream for 16 weeks, using a preloaded single-dose insulin syringe to apply the cream on Mondays, Wednesdays and Fridays. After each treatment course was done, if anoscopy revealed that the abnormal cells were still there, the participants had the option to keep using the cream three times a week for two more weeks or to have the cells removed by surgery. If abnormal cells had resolved, they were followed annually with swabs and anoscopy to monitor recurrence of the cells.

Of those receiving imiquimod as first-line treatment, 3% required the extra two weeks of the cream to remove the lesions. By contrast, 11% of those who received surgery to remove abnormal cells at high risk for turning in to cancer required a second surgery. Still, total clearance of all potentially cancer-causing variants of HPV occurred only in 29% of those treated with imiquimod.

When the researchers looked at HPV variants and development of more advanced precancer, they found that the majority of men did have some HPV variants: Three out of four (77%) tested positive for variants the researchers considered high risk for causing cancer. Similarly, 73% had low-risk HPV variants, and 58% had both.

What the investigators found at the end of the study was that all but one participant with a high-risk HPV variant who received imiquimod cream, either as first-line treatment or for a recurrence after surgery, saw their abnormal cells completely disappear. In the one person who didn’t, it was because of discontinuation due to burning and stinging around the anus. Researchers attributed those reactions to misuse of the cream. 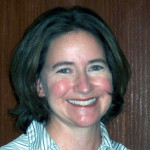 Interview: How to Save a Life From Colorectal Cancer