A new study offers an online calculator that estimates how changing your eating habits can shift life expectancy.

February 25, 2022 • By Mya Nelson and American Institute for Cancer Research

A young adult who switches from a typical Western diet to a plant-based eating pattern—one that also lowers risk of the most common cancers, packed with whole grains, legumes, and plant foods, and less red and processed meat—can add more than a decade to their life, finds a new study.

Those same dietary changes made by an 80 year old would also increase their life expectancy by multiple years. And even smaller shifts to a healthier diet made by people of all ages could add years of life.

The study was published in PLOS Medicine.

The paper’s estimates are based on population data and not intended for individual forecasting, but they place a clear and dramatic figure on the importance of diet for good health. AICR research shows that a plant-based diet plays a key role in reducing the risk of cancer, one of the leading causes of death in the U.S.

The study’s findings are translated into an online Food4HealthyLife calculator where users can input eating habits—both before and after that healthier change—and see the estimated shift in life expectancy. (As with the study, the estimates are applicable to populations, not as a personal outcome.)

Whole grains and an optimal diet for longer life

For the estimates, the paper used data from a 2019 Global Burden of Disease study to build a model that predicted how various food groups could affect life expectancy. This paper, which included AICR evidence to reach their conclusions on cancer, found that unhealthy diets lead to 11 million deaths annually.

The authors of the new study compared the typical Western diet to what they called the optimal diet, based on the analyses. The optimal diet was higher in whole grains, legumes, fish, fruits and vegetables, and included a handful of nuts, while reducing red and processed meat, sugar-sweetened beverages and refined grains, compared to the Western diet.

The paper also calculated life expectancy based on food choices in-between the optimal and Western diet, what the authors call a feasibility approach.

For 20 years olds in the United States, the model estimates that a continued change from a typical Western to optimal diet would extend women’s lives by close to 11 years and men’s by 13 years.

The largest life expectancy gains would be made by eating more legumes, whole grains and nuts, and less red and processed meat.

Changing from a typical to the optimal diet at age 60 could add an estimated 8 years to life for women and almost 9 for men; 80 year olds could gain 3.4 years from such dietary changes. Moving to an eating pattern that was half of the optimal—the feasibility approach—also led to significant gains in life expectancy among people of all ages. For example, a 40 year old who shifted from a Western pattern of eating to a feasibility diet could gain approximately another 6 years of life; an 80 year old could gain another 2 years.

The optimal diet in this study aligns with AICR’s dietary recommendations for lowering cancer risk. Strong research shows that eating more whole grains and fiber specifically along with less red and processed meat lowers risk of colorectal cancer. Beans, fruits, vegetables and a healthy eating pattern in general will give you fiber, nutrients and phytochemicals that may help prevent cancer, and manage your weight. AICR also recommends cutting back on sugary drinks and processed foods high in sugar, fat and starches, which will also help with weight control.

Staying a healthy weight is one of the most important lifestyle steps adults can take to reduce the risk of the most common cancers.

This same pattern of healthy eating is also linked to lowering risk of having obesity and diabetes, two chronic diseases linked to increased cancer risk. This plant-forward diet can also reduce the risk of heart disease and other chronic diseases throughout all stages of a person’s life, according to the Dietary Guidelines.

This recent study uses a modeling approach, and there are limitations to its findings. The study is based on previous analyses, which have their own caveats. The estimates do not account for differences in a population’s specific risk factors or genetic risks. The time for dietary change to have an affect was also uncertain, as previous research has varied. Here, the study assumed it would take 10 years to achieve full effects.

Yet as the authors conclude: Even the most conservative approaches indicate strong effects in increasing life expectancy due to dietary changes.

This article was originally published February 15, 2022, by American Institute for Cancer Research. It is republished with permission. 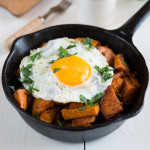 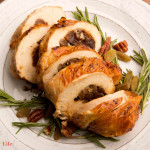