Female cancer survivors ages 15 to 39 who identify as lesbian or bisexual are nearly twice as likely to experience anxiety as those who identify as heterosexual, reported researchers at the University of California, San Diego.

Published in the Journal of Adolescent and Young Adult Oncology, the study surveyed 1,025 adult and young adult (AYA) female cancer survivors ages 18 to 40 between 2015 and 2017. Participants were asked to report their sexual identity and symptoms of depression and anxiety using the Patient Health Questionnaire and the Generalized Anxiety Disorder Scale.

To qualify for the study, participants had to have been diagnosed with cancer between ages 15 and 39 and have completed a primary cancer treatment. Cancer types included the 10 most common cancers found in AYA cancer survivors: breast, leukemia, lymphoma, gynecologic, intestines, gallbladder, pancreas, bone, soft tissue tumor of bone/fat, skin and thyroid.

According to this study, AYA female cancer survivors are often at risk for depression and anxiety, and this risk may be increased for those who also identify as a sexual minority.

The researchers strongly encourage more support and awareness for mental health needs in AYA cancer survivors who identify as lesbian or bisexual. “Our findings support the need to screen for anxiety symptoms in AYA survivors and in particular those who identify as SM,” they concluded. 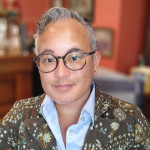