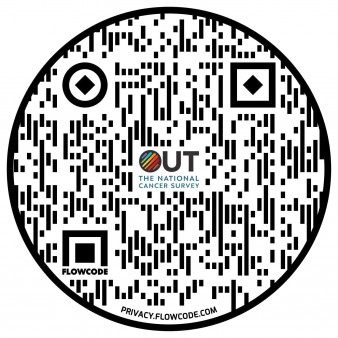 “We have a history of our health care providers not respecting who we are,” says Scout, MA, PhD, executive director of the National LGBT Cancer Network.

The combination of ignorance and an unwelcoming attitude can lead to negative outcomes for LGBTQ people with cancer, who have lower rates of screening; higher rates of risk factors, such as smoking; and higher rates of certain cancers.

Scout’s pleas to providers: “Learn about the additional risks in our population so that we don’t have to educate you. And show that your office or hospital is welcoming—don’t presume we realize you are because you’re thinking it quietly in your head.”

To help train providers to make care safer and more welcoming, the network launched OUT: The National Cancer Survey. To take it, aim your phone’s camera at the QR code (right)and follow  the prompts. To find an LGBTQ-friendly provider, go to Cancer-Network.org.