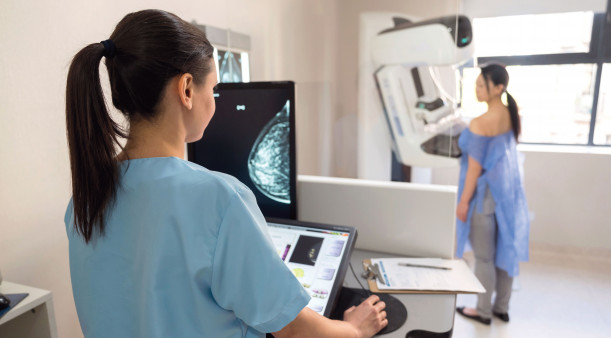 Getting Real(istic) About Overdiagnosis in Breast Cancer Screening

In a new study, researchers show reports of mammograms’ harms were exaggerated.

This post is written by Ruth Etzioni, PhD, of the Fred Hutchinson Cancer Research Center.

The biggest story about breast cancer screening over the last decade or so has been about how bad it is for you.

Dramatic headlines have warned about overdiagnosis—the detection by mammography of cancers that would never have come to light or caused any harm in the absence of screening. The implication—that breast cancer screening, meant to protect women, could actually be harmful—has caused endless confusion for patients and providers, and prompted countless debates among researchers and policymakers.

A study my colleagues and I published March 1 in the Annals of Internal Medicine offers a new estimate of the extent of overdiagnosis in contemporary U.S. practice and concludes that it might not be as frequent as we thought. 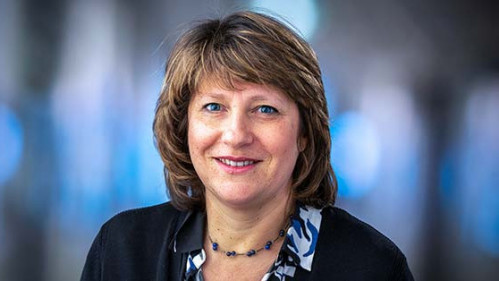 The media blitz about the dangers of mammography has been driven by scientific publications that estimated overdiagnosis to be shockingly common. A prominent article in the New England Journal of Medicine suggested that overdiagnosis could account for almost one of three breast cancers diagnosed in the United States. Other studies out of Canada, Denmark and Australia bolstered the notion that overdiagnosis was a not-infrequent consequence of breast cancer screening.

There was just one problem with these studies: They used a simple proxy measure for overdiagnosis that has been proven to produce a number that is too high. This measure is the excess incidence of cancer given by the difference between cases diagnosed in the presence and in the absence of screening. It is appealing precisely because of its simplicity.

But accurately estimating the rate of overdiagnosis is far from simple. The introduction of any halfway-decent screening test in a previously unscreened population always produces some excess incidence. This happens because screening pulls cases from the future to the present causing an immediate bump in incidence—even when there is no overdiagnosis. The observed excess incidence is in fact a combination of true overdiagnoses and early diagnoses.

Over the years, research teams have made many attempts to learn how long it takes before breast cancers become symptomatic in the absence of screening. But there is no single answer. Breast cancer consists of more and less aggressive subtypes with correspondingly shorter and longer asymptomatic durations.

Most previous studies have summarized an overall average duration without accommodating the possibility that some breast cancers may remain silent, never progressing to cause symptoms within a woman’s lifetime.

This is where our new study comes in. In addition to primary author Marc Ryser, PhD, from Duke University, the study team includes other collaborators from Duke and Fred Hutch, the Knight Cancer Institute, and the Breast Cancer Surveillance Consortium, or BCSC, the most authoritative resource for data on contemporary mammography screening and diagnosis in the U.S. These data are highly valuable because reliably learning about overdiagnosis while allowing that some breast cancers may not progress to cause symptoms requires detailed information on screening and diagnosis patterns for a large number of women.

Our team did not use excess incidence as a simple proxy for overdiagnosis; rather, we carefully decomposed the BCSC data on screening and diagnosis to learn about the most likely frequency of nonprogressive disease and the asymptomatic duration among those destined to become symptomatic.

We then translated these results into a contemporary overdiagnosis rate that turns out to be quite a bit lower than prior studies had suggested. Among people ages 50 to 74 who have a cancer detected by screening, and who receive screening every other year, we projected that 15% of them—approximately one in seven—will be overdiagnosed. Our estimate for annual screening was similar.

Our study also found that overdiagnosis rates above 25% were highly unlikely. We did not break down the fraction overdiagnosed between in-situ (preinvasive, stage 0) and invasive cases, but we concluded based on supplementary evidence that the majority of the overdiagnoses are likely in-situ cases.

While our results confirm that breast cancer overdiagnosis is real, they also reassure that it is not as alarmingly frequent as the most prominent studies have suggested.

In a video accompanying the publication of our study, Marc Ryser points out that “we have known for a long time that the most prominent estimates of breast cancer overdiagnosis in the U.S. were unrealistically high. I hope that our overdiagnosis estimate of 15% among screen-detected cases will be adopted as a new standard and will lead to better-informed decision making around breast cancer screening, follow-up testing and treatment.”

Ruth Etzioni , PhD, is a biostatistician at Fred Hutch who primarily focuses on cancer screening and early detection. Her driving motivation is to ensure that policymakers, providers and the public are well-informed about the benefit-harm tradeoffs of cancer prevention and early detection interventions. Her work uses statistical and mathematical models to learn about diagnostic performance and cancer features that are not easily observed but that drive important outcomes. She is currently active in work to help policymakers and the public understand the potential benefits, harms and complexities of new multi-cancer early detection tests. She holds the Rosalie and Harold Rea Brown Endowed Chair and is a professor in the Public Health Sciences Division.

This article was originally published March 1, 2022, by Hutch News. It is republished with permission.