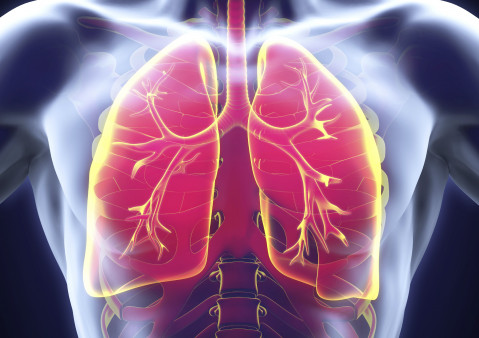 Half of study participants treated with AMG 510 saw their tumors shrink, and only one experienced disease progression.

Among the 23 evaluable participants with advanced NSCLC in a Phase I trial, 11 experienced partial tumor shrinkage, and 11 had stable disease, while just one person showed disease progression.

KRAS is a signaling protein that plays a role in cell multiplication; mutations in the gene that produces this protein can drive the development of cancer. One mutation, known as KRAS G12C, is responsible for about 13% of NSCLC—far more than the currently targetable ALK, ROS1 and BRAF mutations. But many experts have considered KRAS “undruggable” after three decades of unsuccessful attempts.

At this year’s American Society of Clinical Oncology (ASCO) annual meeting in June, however, researchers reported results from the first clinical trial of AMG 510, showing that it demonstrated good activity in people with lung cancer, colon cancer and other solid tumors that carry the KRAS G12C mutation.

At this week’s meeting, Govindan presented updated findings from a larger group of people with advanced NSCLC, most of whom had been treated with three or more prior therapies.

At the time of the data cutoff in July, the study had enrolled 34 participants with NSCLC. Eighteen were women, and the median age was 68. Of these, 19 came from the original dose escalation cohort that tested different doses of AMG 510 ranging from 180 milligrams to 960 mg. The highest dose appeared to work best, and all 15 people who were newly enrolled in an expansion cohort received 960 mg. AMG 510 was taken by mouth once daily until participants experienced disease progression or unacceptable side effects.

The present analysis focused on 23 evaluable participants who remained in the study and had received their first scan six weeks after starting treatment or who had early progressive disease. Of these, 13 received the 960 mg dose.

Looking at the whole group, 11 people (48%) had a partial response, the same number saw no change in their disease status and one person (4%) experienced disease progression; no one had a complete response. Taken together, the objective response rate (complete or partial tumor regression) was 48% and the so-called disease control rate was 96%.

When the analysis was limited to the 13 participants receiving the optimal 960 mg dose, the objective response rate rose to 54%, the stable disease rate was 46% and the combined disease control rate was 100%, Govindan reported. (In the earlier cohort presented at ASCO, all three evaluable patients who received the highest dose were partial responders.)

The median duration of response was about 15 months for partial responders and 10 months for those with stable disease; 27 people (including nine of the evaluable patients taking the 960 mg dose) remain on treatment. It is too soon to determine progression-free survival or overall survival, and follow-up is ongoing.

The Food and Drug Administration has granted AMG 510 a fast-track designation, meaning it potentially fills an unmet medical need for people with a serious or life-threatening condition.

This study (trial number NCT03600883), which also includes a Phase II portion, is ongoing and is currently recruiting participants at more than 20 sites in the United States, Australia, France, Japan and South Korea.

As described in the presentation at ASCO, AMG 510 also appears promising in people with colon cancer. The study so far also includes participants with small-cell lung cancer, appendix cancer and endometrial cancer; additionally, people with any locally advanced or metastatic tumor with the KRAS G12C mutation are potentially eligible.

If AMG 510 continues to perform well in larger trials, it could ultimately be approved as a site-agnostic, or pancancer, medication that works against cancer with a specific genetic mutation anywhere in the body.

Click here for the WCLC conference program (this study was presented Sunday as part of the “A New Vision of Targets and Strategies” session).