Over the past two decades, targeted therapy and immunotherapy have ushered in a new era of precision medicine for people with cancer. These medications can slow disease progression and improve survival, but they don’t work for everyone.

That’s where genomic testing comes in. Targeted therapies, which fight cancer with specific characteristics, work very well for some people, but they are not effective for others who may have the same type of cancer but with a different genomic profile. Testing the genetic makeup of a tumor can reveal vulnerabilities that make it susceptible to certain medications, allowing doctors to design a customized regimen.

“Genomic testing is incredibly important. This is how we bring precision to cancer care,” says Christine Lovly, MD, PhD, an associate professor at Vanderbilt-Ingram Cancer Center and a former Damon Runyon Cancer Research Foundation clinical investigator. “Personalized cancer medicine is based on looking at the tumor and figuring out from its DNA what’s gone wrong. What genes or tumor-signaling pathways have been altered, causing the cancer to grow uncontrollably and spread? We try to target those mutations to give a more precise way to kill the tumor.” 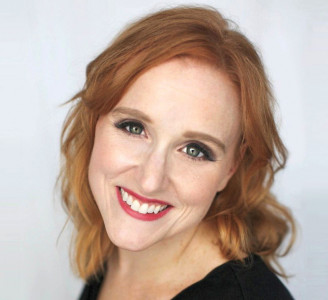 Tumor genomic profiling, which identifies molecular alterations that arise over time in cancer cells, differs from genetic testing to determine whether an individual has hereditary risk factors for cancer, such as BRCA gene mutations or Lynch syndrome.

Different types of tests look for cancer biomarkers that provide useful information—for example, whether tumors have so-called driver, or activating, mutations that trigger cancer growth, have a high level of certain receptors or have a large number of mutations that make them easier for the immune system to recognize.

In some cases, these tests can point the way to better treatment. Targeted therapies work against cancer with specific gene mutations or other unique molecular features. Because they specifically target cancer cells, they generally cause fewer side effects than traditional chemotherapy. Antibody-drug conjugates use antibodies to deliver potent chemotherapy drugs directly to targeted cancer cells (see “Warrior Artist”). Although not as precise, checkpoint inhibitor immunotherapy works best against tumors with specific genetic features.

Immunohistochemistry, an older type of test, looks for proteins or receptors in cancer cells, rather than directly detecting the genetic alterations that produce them.

Breast cancer, for example, is classified based on the receptors it expresses. Most breast tumors carry estrogen receptors. One of the first targeted therapies, tamoxifen, blocks estrogen receptors and prevents the hormone from stimulating cancer growth. Other breast tumors overexpress a receptor called HER2. They can be treated with HER2 inhibitors, such as Herceptin (trastuzumab), and antibody-drug conjugates that use the receptor to deliver chemotherapy. Triple-negative breast cancer doesn’t express any of these receptors and is harder to treat, but it may be susceptible to other types of targeted therapy.

Unlike these older tests, genomic testing sequences the DNA, or the genetic blueprint, of cancer cells. Targetable genetic alterations—which can include gene mutations, fusions, rearrangements or deletions—usually affect signaling pathways that control cell division and death. Driver mutations may either boost the activity of genes that cause uncontrolled cell growth, known as oncogenes, or turn off tumor suppressor genes.

Some of these molecular alterations are rare, occurring in just 1% or 2% of all cancers; others are more common. Some types of cancer, such as lung cancer, are known to carry multiple mutations that can be targeted with available drugs, while others, like pancreatic cancer, have few or none—at least not yet.

Non-small-cell lung cancer, especially a subtype known as adenocarcinoma, has many potential driver mutations. The Food and Drug Administration has approved drugs that target seven such gene mutations or fusions: ALK, BRAF, EGFR, MET, NTRK, RET and ROS1. The distribution of these genomic alterations varies across population groups, but most are uncommon. Several other potential driver mutations with matched drugs are being explored in clinical trials.

Drugs that work against cancer with KRAS mutations are a long-awaited breakthrough because these genetic alterations are much more common. KRAS mutations, along with changes in the related HRAS and NRAS oncogenes, are thought to be involved in around a third of all cancers. Several experimental KRAS inhibitors are in development, including a couple in late-stage trials (see "Promising KRAS Drugs").

Around half of people with cancer have mutations in the tumor suppressor gene TP53, known as “the guardian of the genome” for its role in repairing DNA and halting uncontrolled cell division. Therapies targeting TP53 are another holy grail of oncology research.

Site-agnostic, or pancancer, therapies are designed to treat cancer with specific genetic alterations regardless of where they occur in the body. The first pancancer drug, N Vitrakvi (larotrectinib), blocks proteins that arise from NTRK gene fusions, which act as an ignition switch to spur tumor growth. (See “TRACKing Rare Mutations.”)

Testing to guide immunotherapy works a bit differently. Instead of detecting specific targetable mutations, the tests look for tumors with high microsatellite instability (MSI-high), mismatch repair deficiency (dMMR) or a high tumor mutation burden (TMB-high). These tumors have many mutations that make them easier for T cells to recognize. The checkpoint inhibitor Keytruda (pembrolizumab) is approved for MSI-high and TMB-high cancers anywhere in the body.

So who’s eligible for genomic testing? Tumor profiling is most frequently used for cancers that may have genetic alterations that allow them to be targeted by approved or experimental medications. Genomic testing is increasingly used to guide treatment for common cancers, including breast, colorectal, ovarian and prostate cancer, as well as rare ones. It is most often recommended for people with advanced, metastatic or relapsed cancer.

“It’s used for a lot of cancers now,” says Lovly. “For some cancers, genomic testing is the standard of care, but not for all, and even within a certain type of cancer, it varies by stage and histology.”

But concerns about the cost—and cost effectiveness—of genomic testing have hindered wider use. One commercial test that analyzes more than 300 tumor genes costs nearly $6,000. Genomic profiling is often covered by Medicare. Private insurance plans vary, but Lovly says she has never had genomic sequencing denied by an insurer.

A recent survey by the American Cancer Society’s Cancer Action Network (ACS CAN) found that only about a third of people with cancer reported receiving biomarker testing. Among those who did not, more than a quarter said it was because their insurance would not fully cover it. Disparities in access to genomic testing are thought to contribute to poorer outcomes among Black people with cancer.

Initially, genomic testing involved a laborious process of testing for suspected mutations one at a time in a piece of tumor tissue removed during surgery or a biopsy. But the process has gotten easier and cheaper. Next-generation sequencing now allows analysis of hundreds of mutations at once.

What’s more, tests known as liquid biopsies analyze DNA or other biomarkers from cancer cells circulating in the bloodstream. This enables repeat testing—important because the genetic makeup of tumors can change over time—without subjecting patients to multiple invasive procedures. Two such tests, Guardant360 CDx and FoundationOne Liquid CDx, were approved by the Food and Drug Administration earlier this year.

While many targetable gene mutations are uncommon, the low odds of having any one of them can add up. As more targeted therapies are developed, a growing proportion of patients will have at least one actionable alteration.

The National Cancer Institute’s Molecular Analysis for Therapy Choice (NCI-MATCH) study aims to determine whether targeted therapies are effective against cancer with certain mutations. Launched in 2015, the trial has dozens of treatment arms, and more are being added as new therapies are developed. A recent analysis looked at the first 6,000 enrolled patients, who had relapsed cancer after standard treatment or rare cancers with no standard treatment. The study found that 38% had at least one actionable molecular alteration that could be matched to one of the study drugs, and some people had several; rates ranged from more than 35% for bladder cancer to less than 6% for pancreatic cancer and small-cell lung cancer.

A growing number of experts think more people with advanced cancer should receive tumor genomic profiling to help guide their treatment. But given its cost and the fact that only a minority of patients currently stand to benefit, universal testing remains controversial. 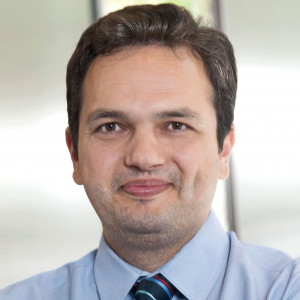 However, it’s important to remember that having a targetable mutation does not necessarily mean that a matched targeted therapy will work for a particular patient. Vinay Prasad, MD, MPH, of the University of California at San Francisco, cautions that widespread testing could lead doctors to prescribe drugs that target specific mutations but that have not yet been shown to provide clinical benefits in randomized trials.

Genomic testing appears destined to become more widely used as streamlined technology and market competition lower prices. New cancer-causing mutations are continually being discovered, and hundreds of clinical trials are underway to test novel drugs to target them, raising the odds of finding a good match.

“The rapid increase in the development of new targeted treatments and diagnostics within precision medicine is providing doctors and patients with better, more effective ways of treating this disease,” says Cancer Action Network president Lisa Lacasse. “But with this opportunity comes the responsibility to ensure patients have access to the diagnostic testing necessary to utilize this promising treatment strategy.”