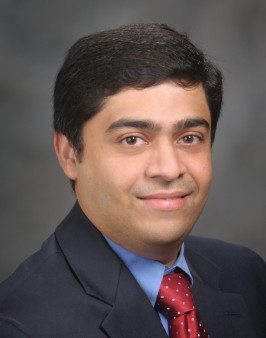 A new type of targeted therapy directed against a receptor tyrosine kinase known as RET led to tumor shrinkage in about a third of people with advanced cancer carrying oncogenic (cancer-causing) genetic mutations, according to a small study presented this month at the annual meeting of the American Association for Cancer Research (AACR) and published in the AACR journal Cancer Discovery.

If its promise is confirmed in larger trials, BLU-667 could become another drug that works against cancers with specific genetic characteristics regardless of where they occur in the body. This type of therapy points to the need for routine genetic testing to match individuals with the therapies most likely to work for them.

“There is a critical unmet need for effective drugs against cancers that have the RET alteration, as there are no highly potent inhibitors currently approved specifically for these RET-driven cancers,” Vivek Subbiah, MD, associate medical director of the Clinical Center for Targeted Therapy at the University of Texas MD Anderson Cancer Center in Houston, said in an MD Anderson press release. “The current treatments for these cancers are limited to traditional chemotherapy and earlier generations of multiple kinase inhibitors. These options have had limited success with often considerable side effects that significantly impact the patient’s quality of life.”

Cancer therapies have traditionally been developed, tested and prescribed for tumors in a specific part of the body, such as lung or breast cancer. But treatments that target genetic characteristics of a tumor wherever it appears—known as “site agnostic”—could reduce the need for separate clinical trials and would be beneficial for people with rare cancers that are not widely studied.

Subbiah reported findings from the first human study of BLU-667, an oral drug that targets the receptor tyrosine kinase RET, which plays a role in cell proliferation. Oncogenic RET mutations and fusions can trigger the development of cancer, and RET is linked to around half of medullary thyroid cancers, 20 percent of papillary thyroid cancers and 1 to 2 percent of non-small-cell lung cancers (NSCLC), according to the MD Anderson release. It is also present in a very small percentage of other types of cancer. BLU-667 is 100 times more selective for RET than for other kinases and therefore should cause fewer side effects. It also appears to block the development of resistance to multikinase inhibitors.

“Current therapies for RET-altered cancers are restricted to multikinase inhibitors and chemotherapy, which are nonspecific and display significant off-target toxicity,” Subbiah said in an AACR press release. “In an effort to revolutionize treatment for these cancers, BLU-667 was designed to specifically target oncogenic RET fusions and activating mutations.”

This Phase I proof-of-concept study enrolled 43 participants with inoperable advanced solid tumors, including 26 people with RET-mutant medullary thyroid cancer and 15 NSCLC patients with RET fusions. Some were being treated for the first time while others had tried up to eight prior therapies.

BLU-667 was administered once daily at doses of 30 to 400 milligrams per day on a four-week cycle. Subbiah reported interim results; the study is ongoing and a majority of participants are still on treatment. The trial, called ARROW, is currently recruiting additional participants across the United States and in Singapore and Spain.

BLU-667 at doses of 60 mg or higher showed “broad antitumor activity” across multiple types of RET alterations. The best overall response rate, meaning complete or partial tumor shrinkage, was 37 percent (11 of the 30 participants with available post-treatment data). This included five partial responses in NSCLC cancer patients and five partial responses and one complete response in thyroid cancer patients, according to the study abstract. Response rates were 45 percent for lung cancer and 32 percent for thyroid cancer, according to the AACR press release.

Treatment was generally safe and well tolerated at the doses tested so far. The most common adverse event was constipation (23 percent), mostly rated as mild; 16 percent had increased liver enzymes. There were no severe adverse events, and only one person stopped treatment due to side effects.

Although BLU-667 works only against a small proportion of cancers, it contributes to an emerging treatment paradigm of targeting cancers with specific genetic mutations anywhere in the body.

Last year, the Food and Drug Administration approved the checkpoint inhibitor Keytruda (pembrolizumab) for any type of advanced cancer with mismatch repair deficiency or microsatellite instability, meaning the tumors have a broken DNA repair system and are unable to fix genetic damage.

Researchers have reported promising findings from studies of another experimental drug, larotrectinib, which targets tumors with tropomyosin receptor kinase (TRK) fusions. When a TRK gene in a cancer cell fuses with another gene, it promotes cancer cell growth.

These advances suggest that routine genetic screening will become increasingly important to identify which patients are most likely to benefit from therapies that target specific tumor mutations, regardless of where they occur.

“I encourage all cancer patients to undergo genomic testing, as tumors with rare genomic aberrations may have effective drugs that are in clinical trials that could be beneficial to them,” Subbiah said.