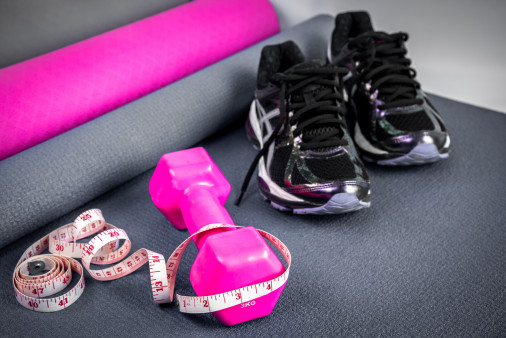 “This study is exciting because we found that exercise had a direct biological effect on human breast tumor,” says Jennifer A. Ligibel, MD.

A new study provides some of the first evidence in humans that exercise could directly fight breast cancer. The research, funded by the American Institute for Cancer Research (AICR), offers insights into explaining the strong evidence linking exercise to preventing and slowing breast tumor growth.

The paper was published in the journal Clinical Cancer Research.

“This study is exciting because we found that exercise had a direct biological effect on human breast tumor, potentially providing insight into the connection between exercise and both lower breast cancer risk and improved prognosis,” says Jennifer A. Ligibel, MD, medical oncologist at the Dana-Farber Cancer Institute and lead investigator of the trial. “This is a small hypothesis-generating study and it needs to be replicated. These findings are similar to what has been seen in animal models though, which gives [it] more validity.”

AICR’s recent report analyzing the global research concluded that exercise protects against postmenopausal breast cancer, along with cancers of the colon and endometrium. Research also points to many health benefits of exercise after a breast cancer diagnosis, including lower mortality from cancer. Yet the mechanisms behind this connection are poorly understood.

Ligibel and her colleagues sought to better understand how exercise can impact tumor tissue and blood biomarkers in women with breast cancer, concentrating on the window after diagnosis and before surgery.

The trial randomly assigned 49 inactive women diagnosed with breast cancer to either an exercise or a mind-body control group. The women were part of the Pre-Operative Health and Body (PreHAB) Study. Women in the exercise group did both strength training and moderate-level aerobic activity – like walking – at two weekly trainer-led sessions and unsupervised at home. The control group focused on relaxation and visualization techniques.

The exercise group increased their activity significantly, increasing activity by an average of 203 minutes a week compared to 23 minutes in the control group.

After an average of only 29 days, exercise appeared to impact tumor gene expression compared to the control group, especially in pathways involved in inflammation and immune regulation. Eighteen unique pathways demonstrated changes among the exercise participants and none in the control group.

There were no detectable changes in a primary marker of cancer cell proliferation, a protein called Ki-67.

“Although the authors did not show any change in proliferation, the changes in genes associated with inflammation and immune response may be favorable for treatment response, especially in the era of increasing immunotherapy use,” said AICR Vice President of Research Nigel Brockton, PhD. “This is, and will continue to be a rapidly expanding area of research. It is exciting to see the potential for lifestyle changes to enhance the efficacy of innovative therapies.”

This is the first study to show the direct effects of exercise in the tissue of interest. It is a relatively small study — 46 participants finished the trial — and over a short timespan between biopsy and surgery. “It is also possible that more significant changes would have been seen with longer exposure to exercise”, notes Ligibel. However, an accompanying editorial in the journal concludes that this study “firmly demonstrates that the pre-surgical setting is an excellent model to comprehensively develop and test exercise as a candidate antitumor strategy.” https://clincancerres.aacrjournals.org/content/early/2019/07/30/1078-0432.CCR-19-1318

AICR’s 10 Recommendations for Cancer Prevention include regular physical activity to lower cancer risk and for cancer survivors, if and when they are able.

Along with AICR, the Clinical Cancer Research study was supported by grants from the Susan G. Komen Foundation (in collaboration with the Society for Women’s Health Research).

This announcement was originally released on September 24, 2019, by the American Institute for Cancer Research. It is republished with permission.