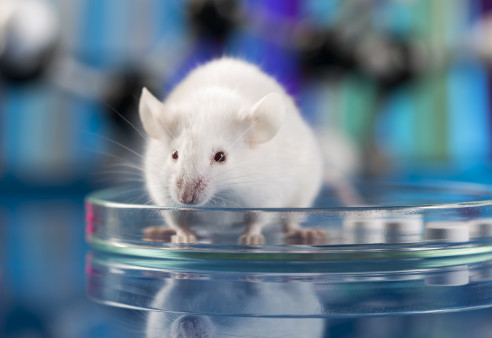 Radiation From Older Cell Phones Linked to Cancer in Rats

Experts say the findings do not have clear implications for humans.

Exposure to high levels of radiofrequency radiation (RFR) like that used in 2G and 3G cell phones is associated with heart tumors in male rats, though a similar link was not seen in female rats or mice, according to new reports from the National Toxicology Program (NTP), a federal interagency program within the National Institute of Environmental Health Sciences.

The reports, released on November 1, are finalized versions of draft reports issued this past February, which were reviewed by a panel of academic and industry experts from outside the agency. The panel voted to upgrade the evidence levels in the final reports.

One report concluded that there is “clear evidence” that male rats exposed to high levels of whole body radiation developed tumors known as malignant schwannomas affecting the nerves of the heart. These tumors develop from Schwann cells, which produce a protective myelin sheath around nerve cells. About 6 percent of male rats exposed to the highest RFR levels developed these tumors, compared with none of the unexposed control rats.

The studies also showed “some evidence” of brain tumors known as malignant gliomas and adrenal gland tumors known as pheochromocytomas in male rats. About 2 percent of the exposed rats developed gliomas. One unexpected findings was that RFR-exposed male rats lived longer than unexposed rats, possibly due to a decrease in chronic kidney disease, a common cause of death in aging rats.

The evidence of a link between RFR and cancer in female rats and in mice of both sexes was “equivocal,” or uncertain, according to the final reports. While the studies did see small increases in the number of rats and mice with cancer, it is unclear whether the increase in tumors was attributable to radiation.

Some, but not all, types of electromagnetic radiation are known to cause cancer. According to the National Cancer Institute, low- to medium-frequency electromagnetic fields (such as those produced by power lines, Wi-Fi devices or cell phones) do not cause DNA damage that can lead to cancer, unlike high-frequency ionizing radiation (such as X-rays or ultraviolet radiation from the sun), which is powerful enough to knock electrons out of their orbits in atoms and disrupt chemical bonds.

In the NTP studies, approximately 3,000 rats and mice were put in special chambers that exposed them to RFR at frequencies of 900 and 1900 megahertz, as produced by both CDMA and GSM cell phone technologies. They were exposed for 10 minutes on followed by 10 minutes off for nine hours a day, starting in the womb (for rats) or at 5 weeks old (for mice) and continuing for up to two years, about their natural lifespan. Rats were exposed to RFR levels starting at 1.5 watts/kg, while mice started at 2.5 watts/kg, the maximum local tissue exposure currently permitted for cell phones. The highest exposure was four times these levels.

Officials stressed that these studies cannot be applied to humans in a straightforward way.

“The exposures used in the studies cannot be compared directly to the exposure that humans experience when using a cell phone,” NTP senior scientist John Bucher, PhD, said in a press release. “In our studies, rats and mice received radio frequency radiation across their whole bodies. By contrast, people are mostly exposed in specific local tissues close to where they hold the phone. In addition, the exposure levels and durations in our studies were greater than what people experience.”

The rats that developed cancer were exposed to RFR levels that would rarely if ever be reached with typical cell phone use. Further, the studies—which took 10 years to complete—evaluated the type of RFR emitted by the standard cell phone technologies when they started. The newer 4G and 5G technologies use different methods of signal modulation, according to the NTP. 5G uses higher frequencies that don’t penetrate the body as easily, but requires more closely spaced towers. The NTP studies did not evaluate Wi-Fi frequencies.

The NTP indicated that it aims to speed up future studies by building smaller RFR exposure chambers that will make it easier to evaluate newer telecommunications technologies in weeks or months rather than years, and it will focus on finidng biomarkers of radiation effects, or measurable physical changes that become apparent sooner than cancer.

The Food and Drug Administration (FDA), which observed but did not participate in the expert review, took issue with the revised reports’ conclusions regarding clear evidence of carcinogenic activity in RFR exposed rodents.

Jeffrey Shuren, MD, JD, director of the FDA’s Center for Devices and Radiological Health, pointed to unexplained findings in the reports, such as why the link between RFR and heart schwannomas was only observed in male rats and the absence of a true dose response, or a clear relationship between the dose of radiation administered and tumor rates.

“Based on our ongoing evaluation of this issue, the totality of the available scientific evidence continues to not support adverse health effects in humans caused by exposures at or under the current radiofrequency energy exposure limits,” Shuren wrote. “We believe the existing safety limits for cell phones remain acceptable for protecting the public health.”

Nonetheless, for those concerned about the potential health risks of RFR, the FDA recommends reducing the amount of time spent using your cell phone and using a headset or speaker mode to keep the phone at a greater distance from your head.

Click here for more information about the rat and mouse studies, including links to the final reports.