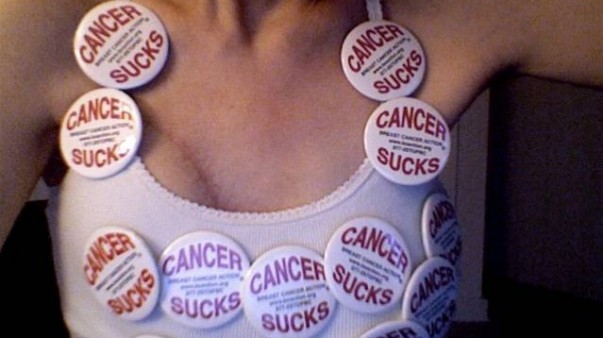 Right To Try Is False Hope

Right to Try bills attack the one agency tasked with verifying the safety and efficacy of medications.

There is no right way to deal with the devastating news that you’ve run out of treatment options as a dying or desperately ill patient. And opposing so-called Right to Try (RTT) legislation isn’t about passing judgment on how patients and their loved ones respond when modern medicine fails them.

On the surface, the right-to-try debate appears to be about whether seriously and terminally ill people, for whom no effective treatments remain, are allowed access to experimental drugs that have not been approved by the Food and Drug Administration (FDA).

Framing the issue as “right to try” tugs at the heartstrings and suggests that the failures of medicine are not scientific, but rather regulatory. But behind the appealing how-could-anyone-not-support-it name, RTT is a libertarian effort by the Goldwater Institute and some Republicans to deregulate the drug market and weaken the FDA. It promises a quick fix for a problem that doesn’t exist. The implication is that the cure is out there, but it’s being kept from patients by government bureaucrats.

In reality, medical advancement is painfully slow. Yet the FDA approves new treatments faster than any other developed country. As for desperately ill patients, the FDA already has a compassionate use program that offers a pathway to obtain experimental drugs. The FDA approves 99 percent of compassionate use requests, usually within a few days—or just 24 hours in emergency situations.

Instead of the FDA, it’s almost always drug companies that have limited access to experimental treatments. Companies may deny requests for experimental therapies outside a clinical trial because there isn’t enough of a limited-supply investigational drug or because they decide the benefits don’t outweigh the risks.

Nothing about proposed federal RTT legislation changes that. But it may make companies more reluctant to provide experimental drugs without FDA oversight. As one biotech CEO explained at a congressional hearing, “no ethical company will provide drugs under right to try.” PhRMA, the main drug industry trade group, isn’t supporting the pending RTT proposal, and that speaks volumes.

The heartbreaking truth is that even when patients get access to experimental treatments, they’re not necessarily lifesaving, and potentially toxic drugs with no proven benefit can harm more than help. Worse, these deregulatory efforts don’t include protections against unscrupulous doctors or companies charging as much as they want for unproven experimental drugs.

Experimental drugs are just that: experimental. We don’t yet know if they work or if they’re safe. And as any pharma or biotech executive is quick to tell you when explaining the high cost of medications, the vast majority of drug candidates that enter clinical trial don’t make it to market, either because they don’t work or because their side effects are too dangerous.

Most people agree that researchers should learn from real-world experience with experimental drugs. But pending RTT legislation would remove reporting requirements and could undermine the clinical trial model at a time when many trials are already struggling to enroll patients.

I just completed treatment myself for an exceedingly rare cancer. I run a breast cancer watchdog organization. I understand as well as anyone the urgent need for more effective, less toxic treatments. I have wholeheartedly supported a loved one who chose an experimental protocol that went far above the standard of care and a loved one who opted for less treatment than the standard of care.

We should all demand more from the billions spent on medical research as well as a health care system that prioritizes patient interests and wellbeing. But RTT bills attack the one agency tasked with verifying the safety and efficacy of medications and ensuring that the promises being made do not amount to nothing more than false hope.

Taking the FDA out of the picture is not the way to promote and protect public health—and it won’t save lives. Far from giving patients new rights, the so-called Right to Try bill before the House actually takes away essential safeguards that protect patients.

Karuna Jaggar (@karunajaggar) is executive director of Breast Cancer Action, a national activist and education organization whose mission is to achieve health justice for all women at risk of and living with breast cancer.

Do you support Right to Try legislation?

Thank you for your participation!

This is poll is currently not showing results, please visit our poll listing for current or past polls.