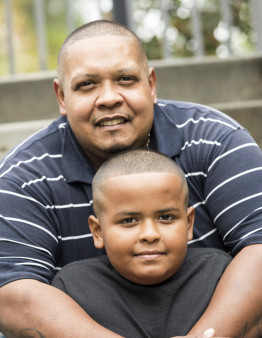 Latinos in the United States experienced an overall increased risk of cancer death with each generation born in this country, according to results of a study presented at the 11th AACR Conference on The Science of Cancer Health Disparities in Racial/Ethnic Minorities and the Medically Underserved, held here Nov. 2-5.

“Latinos are the largest and the fastest growing minority population in the United States, and cancer is the leading cause of death among this population, accounting for 21 percent of deaths in 2016,” said the study’s lead author, V. Wendy Setiawan, PhD, associate professor of preventive medicine, Keck School of Medicine, University of Southern California in Los Angeles. “In spite of this, cancer-related factors affecting Latinos remain understudied in contrast to other racial/ethnic populations in the U.S.,” she added.
Previous research has shown that U.S.-born Latinos have higher incidence of cancer than foreign-born Latinos. To gain more information on the influence of acculturation and environmental factors, Setiawan and colleagues examined cancer mortality patterns across first-generation immigrants, and second- and third-generation U.S.-born Mexican Americans in the Multiethnic Cohort Study, a long-term study funded by the National Cancer Institute.
The researchers studied 29,308 Latinos of Mexican origin, aged 45-74 when they entered the cohort. During an average follow-up of 17.7 years, 2,915 cancer deaths were identified.
The study showed that the highest cancer death rate occurred among third-generation U.S.-born Latinos (537 per 100,000), followed by second-generation Latinos with one parent born in Mexico (526 per 100,000) or both parents born in Mexico (481 per 100,000). The lowest cancer death rate occurred among first-generation immigrants (381 per 100,000).
The study also showed trends in certain cancer types. The risk of lung, colorectal, and liver cancer deaths were significantly higher among third-generation U.S.-born Latinos compared with the first-generation Mexico-born immigrants. Setiawan said these cancers are often caused by environmental factors, which could explain the more pronounced risks through several generations.
“Diet, lifestyle, and environmental changes as individuals become more acculturated to the American way of life may contribute to these higher rates among the third-generation immigrants,” Setiawan said.
The risks of prostate, stomach, and pancreatic cancer deaths were similar across all generations, Setiawan added.
She said this study adds to previous research that has shown how acculturation and environmental factors have affected the growing Latino population.
“The disparities in cancer mortality we observed in U.S. Latinos are likely due to changes in lifestyle, health behaviors, and social factors,” Setiawan said. “This study is a reminder that some factors that contribute to cancer risk are modifiable.”
Setiawan cautioned that as an observational study, this work does not prove that successive generations of Latino immigrants in the United States face increased risk of cancer mortality. She said future research will examine a combination of risk factors, including lifestyle, migration history, genetic ancestry, and social and contextual factors.
This press release was originally published by the American Association for Cancer Research on November 2, 2018. 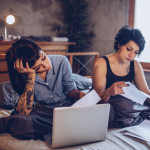