Rick George credits his spiritual life—and a little help from his friends—with seeing him through multiple health crises, including liver cancer.

Rough and Ready. It’s not only the actual name of the Northern California town where Rick George lives—it also describes his attitude. The native Californian, who grew up near Santa Cruz, has been through a lot in life: addiction, hepatitis C, end-stage liver disease and now his third bout with liver cancer. But he never loses his fighting spirit or his gratitude for whatever good the day may bring.

“I attribute a lot of that to the work I’ve done applying the principles of the 12-step recovery program to my situation,” he says. “My recovery family has been everything to me.”

Now 57, George’s health challenges began in the late ’90s while he was running a concrete business. He started experiencing extreme fatigue. A blood test in 1999 led to a hepatitis C diagnosis—he thinks he picked up the virus while experimenting with injection drugs when he was 19—and further tests revealed early-stage liver cirrhosis.

“It was pretty devastating,” George recalls. “I was already in recovery, so it jarred me and destroyed my relationship with my wife. I had a brief relapse with alcohol and some substances.”

But eventually, he returned to his 12-step family. “My [biological] family has never been able to support me, so I get my spiritual and emotional food in the 12-step rooms,” he says.

George worked with a San Francisco healer and took up holistic remedies believed to be good for the liver, such as reishi mushrooms and teas made of licorice and dandelion root.

In 2000, he underwent a round of hepatitis C treatment with pegylated interferon and ribavirin, which he describes as “the most incredibly horrible experience I’ve ever been through.”

The treatment plunged him into such a deep depression—a common side effect of that outdated treatment—that he nearly killed himself with a hunting rifle. “I was contemplating how I could get the barrel in my mouth and my toe on the trigger,” he recalls. Thankfully, he ended up in a psych ward instead.

George gave up on hepatitis C treatment and “self-medicated,” as he says, for several years, alternating between drug and alcohol use and periods of recovery.

Recovery seemed to stick when he moved up to the Sierra foothills in the late 2000s, and he racked up a full year of sober living. But by that time, he had progressed to end-stage liver disease with severe swelling and jaundice. His local doctor connected him with California Pacific Medical Center in San Francisco, which put him on a liver transplant waiting list.

George remained on the list for six years, through many health emergencies that included bouts of hepatic encephalopathy as a result of built-up ammonia poisoning his brain. Then came the liver cancer diagnosis in 2008. He needed two rounds of chemotherapy plus radiation pellets injected into the tumor before the cancer shrank enough to keep him eligible for a transplant.

Over the course of these ordeals, his caretaker, a woman named Ann whom he met through the 12-step program, became his girlfriend. (They’re no longer a couple but remain friends.) “She helped me get to meetings and brought them to my house when I wasn’t able to leave,” he recalls. “She even organized a spaghetti fundraiser for me.”

During the final two weeks before his 2013 transplant, George was on 24/7 dialysis. Once, he says, he had 53 pounds of fluid drained out of him in three days. But when he finally got the transplant, overseen by Assad Hassoun, MD, it went well.

“Everything went fantastic,” he recalls. “I was walking the hills of San Fran 48 hours later.”

Around the same time, the then-new and highly effective antiviral drug Sovaldi (sofosbuvir) cured his hepatitis C. “All my recovery friends were, like, ‘Go, Rick, go!’” he says.

But just when it seemed that George was finally in the clear, a routine scan two years later detected a mass the size of a tennis ball on his left adrenal gland, above the kidney. A biopsy showed it to be hepatocellular carcinoma that had spread from his old liver. “They didn’t see it during the previous scan, so it just blew up in four months,” he says. “It was a shock to the gut that I’ll never forget.”

George had surgery to remove the mass and the top of his kidney, but a few scans later he was found to have an even larger cancerous mass, and this time it was considered inoperable.

On top of all of this, George also learned that he’s diabetic. “I thought the diabetes symptoms were treatment symptoms,” he says. Now that he takes insulin shots, he says he feels “a lot better,” but he still struggles with fatigue and bone and muscle pain.

For nearly two years, George took the targeted therapy medication Nexavar. This caused the dreaded side effect of hand-foot syndrome—painful reddening, swelling and blistering on the palms of the hands and soles of the feet—as well as gum ulcers. It was so bad that he had to halve his dose. “It was horrible, but I knew it was part of what I had to do to get as much life as I can,” he says.

In late August, George started on the newly approved drug Lenvima, which is supposed to have far gentler side effects. “The latest news is everything is stable and unchanged in terms of the lesion size,” he says. “I’m feeling fantastic. This new treatment is much easier on me and the hand-foot syndrome is gone. I’m feeling really blessed and extremely optimistic.” His next scan is scheduled for mid-November.

All these health burdens might break a less spiritually oriented person, but George says the 12-step teachings and his friends keep him grounded. “It’s like having the best IndyCar pit crew you could ever want,” he says. “Life is really good to me today. Despite all my catastrophes, I have the deepest sense of gratitude. I should’ve died about six times in the last 10 years.”

It helps, he says, to “get outside of myself,” which he does by serving as a volunteer for the Rough and Ready Fire Department. He enjoys competition motorcycle riding and has taken up yoga. Plus, he has seen the same therapist at least every other week for eight years. “That’s great for when I really want to go deep and other people can’t handle me talking about cancer,” he says.

George believes deeply in a higher power, saying, “It gives me something to help navigate my life, build my courage and manage my fears of terminal illness. It’s just something you gotta deal with.”

His advice to other folks facing cancer or any serious chronic illness? Put together a great support team. “The core of your fight is based around the strength of your support,” he says. “And I’d suggest finding a higher power to guide you and give you strength, whatever that might look like to you.”

Editor’s note: Rick George “suddenly passed away on May 5, 2019, while riding his Speedway bike,” according to an obituary in his local newspaper, The Union (Nevada county, California). “He was 57. He died with a happy heart, doing what he loved.”

Over years or decades, chronic hepatitis B or C, heavy alcohol use, fatty liver disease and other causes of liver injury can lead to the buildup of scar tissue known as cirrhosis.

Eventually, working liver cells are replaced with so much scar tissue that the organ can no longer do its job, which includes filtering toxins from the blood and processing nutrients. Scar tissue can also block blood vessels that supply the liver, leading to symptoms such as swelling, fluid buildup in the abdomen (known as ascites) and bleeding veins in the esophagus and stomach.

Unlike most organs, the liver can regenerate itself. But uncontrolled cell growth can lead to liver cancer known as hepatocellular carcinoma.

Fortunately, many causes of liver cancer can be prevented.

Hepatitis B and C viruses (HBV and HCV) are spread through contact with blood, sexual transmission or from mother to child during pregnancy or delivery.

There is an effective vaccine to prevent HBV infection. It is now routinely given to infants and is recommended for at-risk adults. Antiviral medications can keep the virus under control, but they seldom lead to a cure and may have to be taken long term.

Although no vaccine to prevent hepatitis C infection is yet available, new direct-acting antiviral medications such as Harvoni (sofosbuvir/ledipasvir), Zepatier (grazoprevir/elbasvir) and Mavyret (glecaprevir/pibrentasvir) can cure HCV in more than 90 percent of people in just eight to 12 weeks—without the notorious side effects of the old interferon-based therapy.

Currently, there is no good treatment for non-alcoholic fatty liver disease (NAFLD) and its more advanced form, non-alcoholic steatohepatitis (NASH), but this is an active area of research. Meanwhile, a balanced diet, exercise and a healthy weight can reduce the risk of liver-fat buildup. 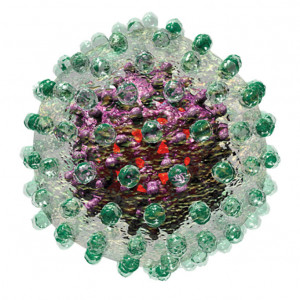 About 42,000 people will be diagnosed with liver cancer and about 30,000 will die of it this year, according to the American Cancer Society. Hepato­cellular carcinoma (HCC), the most common cancer that starts in the liver, is often detected late and is difficult to treat. Cancer can also spread to the liver from elsewhere in the body, a process known as metastasis.

Early-stage liver cancer can sometimes be cured with surgery to remove a section of the liver. This is not possible if there are multiple tumors, if they have grown into the liver’s blood vessels or if the liver is heavily damaged. In some cases, a liver transplant is an option, but donor organs are scarce and waiting times can be long.

Liver cancer may be treated with external radiation or destroyed using local ablation methods, including freezing (cryotherapy), heating with radio waves (radiofrequency ablation) or injection of alcohol into the tumor. Embolization blocks the main liver artery that supplies tumors. Sometimes chemotherapy drugs or tiny radioactive beads are injected into the artery.

Immunotherapy, the newest type of treatment, helps the immune system fight cancer. The PD-1 checkpoint inhibitor Opdivo (nivolumab), which takes the brakes off cancer-fighting T cells, was approved for liver cancer in 2017. A similar medication, Keytruda (pembrolizumab), got the OK in November. 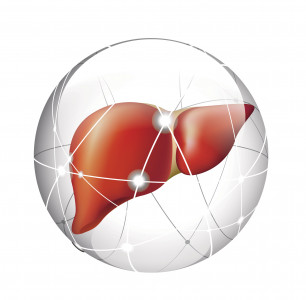