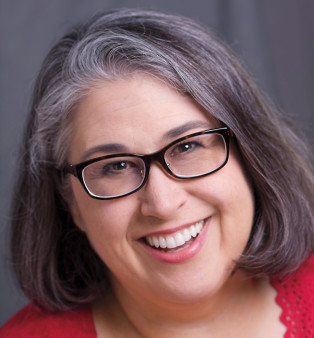 I would rather be reading Shakespeare than familiarizing myself with new treatments for chronic lymphocytic leukemia (CLL). But as the Bard wrote in his sonnet “Venus and Adonis”: “Make use of time, let not advantage slip.”

It was 2015, and I was feeling tired and stretched thin. I chalked it up to living the dream of a sometime working actor in Los Angeles. I was burning the candle at both ends, auditioning, working as production crew on low-budget and student films, supporting my fellow thespians and writer friends on their projects and holding down the obligatory day job. Eventually, though, no amount of turning down projects restored my energy. Something was wrong.

I had a lump on my neck that I thought was a muscle spasm. Imaging showed an enlarged lymph node; more imaging showed enlarged lymph nodes throughout my body. Blood work and a biopsy led to a diagnosis of small lymphocytic lymphoma (SLL). My first oncologist was vague and handed me a pamphlet as he hustled me out the door telling me to go live my life, that we were not going to treat this incurable cancer now and it was a “good cancer.”

“Well, everyone can master a grief but he that has it.” —Much Ado About Nothing

I was floundering, in shock. Dr. Google told me my life expectancy was five years. I did not want to alarm family out of state, so I kept what I was learning to myself. Good thing, since very little of what I researched on my own was accurate.

“I say there is no darkness but ignorance.” —Twelfth Night

I reached out to the Leukemia & Lymphoma Society, and they put me in touch with someone who also had this diagnosis. I found out that SLL and CLL are essentially the same disease, with the same treatments. They directed me toward the CLL Society, an education and support network for patients and caregivers. This is where my education really started.

“Study is like the heaven’s glorious sun.” —Love’s Labour’s Lost

I talked with people who had been diagnosed and survived for 20-plus years. Many had their lives saved by cutting-edge medications through clinical trials. I came to learn that traditional chemotherapy was used less and less, as the new oral medications were proving very effective, with manageable side effects. I learned that I may have a normal life span, with periodic treatment of the disease and, possibly, long remissions in between.

After a watch-and-wait period that lasted 22 months, I was the last person accepted into the clinical trial of my choice, with the drug of my choice, at the institution of my choice, with the oncologist of my choice. The stars aligned for me. Supported by my proactive self-education, I immersed myself in the science and medicine of this disease and faced it head-on. I would have much rather been producing and performing in a play, but you do what you have to do and live to play another day.

I am five years into treatment and enjoying a partial remission with minimal side effects. You could say that all’s well that ends well, but I’d rather quote King Lear: “Thy life’s a miracle.”