A Shot at a Cure

We’re all familiar with vaccines that prime the immune system to prevent infections. But What if a similar approach could be used to fight cancer?

We’re all familiar with traditional vaccines that prime the immune system to prevent infections. But what if a similar approach could be used to fight cancer?

Cancer vaccines are not a new idea, but they fell out of favor after disappointing results in early studies. Now, a better understanding of how cancer develops and how the immune system responds to it have renewed hope that therapeutic vaccines could halt disease progression, prevent relapse and perhaps even offer a cure.

“T cells are hardwired to go after invaders like viruses and bacteria. The idea behind a cancer vaccine is to try to train the immune system to recognize tumor cells as a target,” says Catherine Wu, MD, of Dana-Farber Cancer Institute and the Broad Institute and a recipient of a Damon Runyon Cancer Research Foundation Clinical Investigator Award. “Cancer has figured out how to make itself invisible to the immune system. What we’re trying to do with vaccines is remove that cloak of invisibility.” 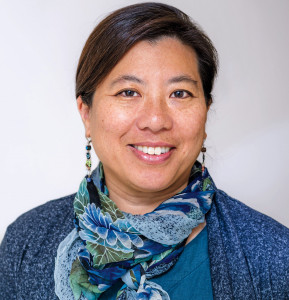 Some conventional vaccines prevent malignancies by protecting against cancer-causing pathogens such as human papillomavirus (HPV) and hepatitis B virus (see “Vaccines to Prevent Cancer”). But therapeutic vaccines aim to treat cancer that’s already present. The challenge is to train immune cells to recognize and attack cancer cells while leaving healthy cells alone.

“With modern cancer treatments, we can harness the amazing ability of the immune system to fight cancer,” says James Gulley, MD, PhD, head of the immunotherapy section at the National Cancer Institute’s Center for Cancer Research. “The problem is that they don’t work in all patients, often because there’s no underlying immune recognition of the cancer. Vaccines can help initiate or expand immune responses against tumors.” 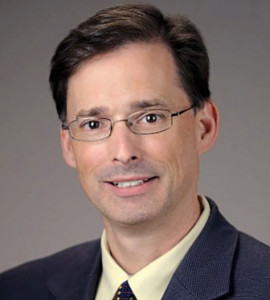 Unlike CAR-T therapy and related approaches that use genetic engineering to insert natural or synthetic cancer-targeting receptors into T cells in a lab (see “Pioneering Patient”), vaccines harness the immune system’s inherent ability to fight disease. CAR-T works only as long as the transferred cells last, but vaccine-activated immune cells can persist indefinitely. Vaccines are also less costly and cause less collateral damage to healthy cells.

Researchers have tried many approaches over the years to train immune cells to fight cancer. Early vaccines used whole cells derived from tumors, but using selected antigens works better. Some vaccines contain bits of DNA or RNA that encode cancer antigens. Others use short peptides, or strings of amino acids. Long peptides, which bring both CD4 and CD8 T cells into play, trigger stronger immune responses.

Some vaccines administer DNA or peptides by injection. In other cases, weakened viruses are used as vectors to deliver cancer antigens to immune cells. Many vaccines include substances known as adjuvants that boost immune responses. A more sophisticated—and therefore more time-consuming and expensive—approach involves collecting a sample of a patient’s white blood cells, exposing the dendritic cells to cancer antigens in a lab and reinfusing the trained cells back into the body.

Selecting the right antigens is the key to a successful vaccine. Three broad types of targets may be used: self-antigens, viral antigens and cancer-specific antigens.

Some vaccines target tumor-associated antigens that are produced by certain normal cells but are expressed at abnormally high levels on cancer cells.

SurVaxM is a peptide vaccine that targets survivin, a protein that helps cancer cells grow out of control. A study of people with glioblastoma brain cancer found that those who received the vaccine lived about twice as long as expected.

Vaccines can also ward off recurrence of cancer that has been put into remission by other types of treatment. NeuVax (nelipepimut-S), which contains HER2 peptides, and PolyPEPI1018, made from antigens found in colorectal tumors, delayed disease progression in people with triple-negative breast cancer and metastatic colorectal cancer, respectively, when added to standard maintenance therapy.

However, the immune system does not respond as strongly to antigens that occur on normal cells as it does to those it sees as foreign.

Some promising vaccines target virus-derived proteins expressed in cancers caused by those viruses. These antigens are recognized as foreign and trigger a stronger immune response.

An advantage of both tumor-associated and virus-derived antigens is that they are shared by many patients and can be used to make off-the-shelf vaccines.

But personalized vaccines may hold greater promise. Cancer cells evolve rapidly, and as they mutate, they display unusual antigens—known as neoantigens—on their surface. Wu and other researchers are developing algorithms to predict which neoantigens are most likely to be visible to the immune system and elicit a robust response when used in a vaccine.

Because most neoantigens are unique to an individual, these vaccines are tailored to each patient. After analyzing tumor DNA, Wu’s team selects the 20 or so most promising neoantigens, synthesizes them into long peptides and mixes them with immune-boosting adjuvants. “That’s what goes into the syringe,” she says. In a Phase I trial, they created NeoVax personalized vaccines for six melanoma patients at high risk for recurrence after surgery. Two years after vaccination, four of the study participants remained cancer-free.

In order for T cells that are activated by vaccines to work, they must be present in sufficient numbers, must be functional and must get inside tumors to do their job.

Many people with cancer have an aging immune system, and the use of chemotherapy and radiation can damage immune cells. What’s more, cancer has evolved numerous ways to defend itself. The tumor microenvironment presents physical barriers to T-cell entry, and some tumors can turn off immune responses.

So-called hot tumors have many neoantigens that attract T cells, while cold tumors contain few immune cells and respond poorly to immunotherapy. Unfortunately, most common solid tumors, like breast, prostate and lung cancer, fall into the latter category. Several of the cancer vaccines that have failed in Phase III trials were being tested alone in cold tumors.

But combining vaccines with other types of immune-based treatment can help overcome these challenges. “If we can give a vaccine that tells immune cells, ‘Hey, here’s the target,’ we can turn a cold tumor hot,” says Gulley.

Checkpoint inhibitors—monoclonal antibodies that block receptors on T cells that regulate immune function—are particularly promising partners. Some tumors can hijack these receptors to turn off T-cell activity; checkpoint blockers release the brakes. But these drugs don’t work for all patients or for all types of cancer.

Several studies have already shown that combining vaccines with checkpoint inhibitors—in effect releasing the brakes and stepping on the accelerator at the same time—leads to better responses than either therapy alone.

In Wu’s melanoma study, the two patients who relapsed after receiving personalized NeoVax vaccines experienced complete remission after adding the PD-1 checkpoint inhibitor Keytruda (pembrolizumab). The researchers are now studying this approach in people with kidney and ovarian cancer.

CIMAvax, a lung cancer vaccine developed in Cuba, showed promising efficacy when combined with the checkpoint blocker Opdivo (nivolumab). Another study saw good results using ISA 101, a vaccine containing HPV E6 and E7, plus Opdivo in people with incurable oral cancer. And after failing on its own, PROSTVAC is now being tested along with various checkpoint drugs.

Many more cancer vaccine studies are underway. ClinicalTrials.gov lists nearly 200 open trials, many testing combinations. “Keep in touch with your oncologist, keep your ear to the ground and be aware of opportunities to participate in these exciting studies,” Wu advises.

If this research pans out, vaccines could become an integral part of cancer immunotherapy.

“We know what the immune system can deliver—deep and durable responses, with tumors shrinking away and staying away,” says Gulley. “I’m hoping that with a combination vaccine approach, we can get tumors that typically wouldn’t respond to immunotherapy to now be responsive. I think in the next year or two, we’re going to see some really nice data coming out.”

Be Your Own Advocate

In 2003, Christine Sable was leading an active life as a full-time real estate professional and mother of two. But after experiencing persistent abdominal pain, a visit to her doctor revealed that she had Stage IIIC ovarian cancer.

“The prognosis back then was less than 20% five-year survival,” she says. “Typically, women would be treated with chemotherapy and surgery and might go into a short remission, but the cancer almost always came back.”

Sable, now 61, underwent surgery and several cycles of debilitating chemo, and her cancer went into remission. But knowing the odds, she wanted to do something proactive to prevent recurrence.

She learned about a therapeutic ovarian cancer vaccine clinical trial led by Kunle Odunsi, MD, PhD, of Roswell Park Comprehensive Cancer Center in Buffalo, after her husband heard a news blurb about the research on a local TV news program.

Sable started on the trial in February 2004, receiving an experimental vaccine that trains T cells to recognize an antigen on ovarian tumors.

“I didn’t know there was such a thing as a cancer vaccine,” she says. “I didn’t know anything about immunotherapy. But I did like the idea of finding something that would work with my immune system.” 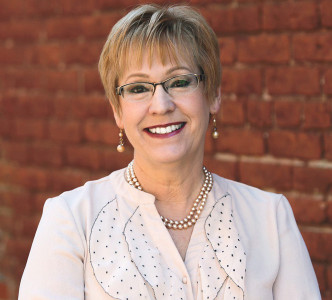 Sable received 15 injections, spaced three weeks apart, over the course of about a year. Each time, she traveled more than 300 miles to Buffalo from her home in Lancaster, Pennsylvania, paying for travel expenses out of her own pocket.

Sable knew that experimental therapies in early stages of clinical trials are a gamble—they might not be effective, or they might cause unacceptable side effects.

“I knew there was a good chance that it might not work, but I thought, At least I feel like I’m doing something to move medicine forward,” she recalls. “If it doesn’t help me, maybe it’ll help some other woman down the road.”

The vaccine didn’t work for everyone in the trial; some participants experienced disease recurrence. But Sable was one of the lucky ones. It’s been 16 years, and her cancer has not come back.

During those years, Sable began attending immunotherapy patient summits presented by the Cancer Research Institute (CRI), learning about new treatments and sharing her knowledge and experiences as a CRI ImmunoAdvocate.

“It’s very important to trust the advice of your doctor, but you also need to do your own research and advocacy,” she says. “Do a little bit of research for your doctor, bring it in, talk it over. In this day and age, we’re not just patients, we’re medical consumers, and we need to really look at what is the best fit for us.”