Scientists from the Genetics and Epidemiology of Colorectal Cancer Consortium, or GECCO, a collaborative effort of researchers from North America, Australia and Europe; GECCO’s coordinating center is based at Fred Hutch. Courtesy of Fred Hutchinson Cancer Research Center

Q&A: Riki Peters, PhD, MPH, on what this large genome-wide association study means for patients and the public

A group of colorectal cancer researchers are using the word “milestone” to describe their new genomic research, published on December 3 in Nature Genetics.

“Milestone is a very good description,” said epidemiologist Ulrike “Riki” Peters, PhD, MPH, associate director of the Public Health Sciences Division at Fred Hutchinson Cancer Research Center, and one of the lead authors of the study. “This is very important. It helps us understand what genes are involved in the development of colorectal cancer and it will have a tremendous impact downstream. This is a big deal and we are very, very excited.”

The product of more than five years’ work by scientists at 130 institutions, the paper presents results from the most comprehensive genome-wide association study (aka GWAS) of colorectal cancer risk done to date. Among their findings: 40 new inherited mutations that put people at risk for colorectal cancer, or CRC, the second-deadliest cancer in the world.

Peters, who holds the Fred Hutch 40th Anniversary Endowed Chair, shared why this research matters and what it could mean for treating patients — and preventing and screening for this cancer in the public — moving forward. This interview has been edited for length and clarity.

This is a large study. Nearly 200 researchers participated in analyzing the genomes of more than 125,000 individuals — half with colorectal cancer, half without — using data from a large consortium effort led by you and your team at the Hutch. Does size really matter?

There’s a small subset of colorectal cancers that are caused by one genetic change or mutation — such as Lynch syndrome cancers — but for the majority of cases, many genetic variants in different genes are contributing to the disease process.

Are the new variants you and your colleagues discovered inherited genetic mutations along the lines of a BRCA mutation, which bumps risk for breast and ovarian cancer in women and for breast and prostate cancer in men?

These 40 new variants are germline, or inherited, mutations; however, they don’t have the same strength as, say, a BRCA mutation. They have a weak effect [each one, by itself, only increases cancer risk by a small amount], but they are common. Twenty to 50 percent of the population carry one or two mutations.

But it’s important to remember that it’s not doom and gloom if you have several of these mutations.

You also discovered what you term a “strong protective variant.” What is its significance?

How can this new information help the public?

We’ve now discovered a total of about 100 genetic loci, and we expect to discover hundreds more of these variants. Together, they help paint a clearer picture of what [molecular] pathways are involved and help predict risk for each individual.

By combining all of the genetic variants that we’ve discovered, we can develop a polygenic risk score to predict who is at very high risk and who is at a low risk. And that information can inform decisions about interventions, such as screening or chemoprevention [using medication to prevent cancer in healthy people]. This is personalized medicine.

How does this change our understanding of colorectal cancer biology?

Each of the 40 genetic variants is pointing to specific genes that are involved in CRC development. While additional functional follow-up [a supplementary type of validation research] is required to provide the full understanding of how these variants work, many already point to very strong candidate genes. Some have been known to be involved in CRC for a while. However, we also identified many novel genes/pathways that we did not know to be linked to CRC, or linked to immune function. These findings pointing to potential new drug targets.

Will this discovery impact clinical practice? Or screening guidelines?

Our findings will help us develop better polygenic risk scores which can help inform screening decisions.

Rates for colorectal cancer have decreased in those diagnosed above the age of 50, but they have increased in those diagnosed below the age of 50 in the last two decades. Screening is only recommended above the age of 50 unless there is a positive family history, so we could use the polygenic risk score to identify younger individuals with a particular high risk and move them forward into earlier screening. Most early onset cases of colorectal cancer don’t have a family history. We really need to do something there.

Will this research help with prevention of colorectal cancer in any other ways?

Findings from our research can be used to identify drug targets for treatment. However, they can also be used to identify potential drug targets for chemoprevention of this cancer, finding a drug that could prevent it. That would be amazing, but it’s a hard nut to crack and there’s not a lot of appetite in science or in the pharmaceutical industry to find preventive medications. But it has potential.

What are your next steps?

We have lots of next steps! We want to expand the discovery of common and rare variants; we know there are many more genetic risk loci to be identified. Furthermore, we are actively working on improving the polygenic risk score. While the score works well for people of European descent, it does not work well in other populations. We want to recruit more African-Americans and Hispanics, as patients and controls, so we can develop polygenic risk scores that are unbiased and will work for all U.S. populations.

I also keep telling my group that we need to take a moment to celebrate. We’ve been working on this for more than five years. It’s a major accomplishment.

Editor’s note: This collaborative study included more than 30 researchers at Fred Hutch and the University of Washington and 150 more at partner institutions across the globe. The effort was led by Peters and her team at the Hutch. Shared first authors of the paper are Drs. Jeroen Huyghe and Stephanie Bien, both Hutch staff scientists, and Tabitha Harrison, Hutch genetic epidemiologist and coordinating center manager. Other senior authors include the UW’s Deborah A. Nickerson, PhD, and geneticist Stephen Gruber, MD, PhD, MPH, of the University of Southern California Norris Comprehensive Cancer Center. The Hutch’s Li Hsu, MD, a shared senior author, acted as lead biostatistician for the Genetics and Epidemiology of Colorectal Cancer Consortium, or GECCO, an international consortium based at Fred Hutch.

Funding: The National Institutes of Health funded this study. Study authors from Fred Hutch did not report any conflicts of interest. Among the 195 authors, some from other institutions disclosed compensation from 23andMe, Helix, Ambry Genetics, InVitae Genetics and Myriad Genetic Laboratories. One author reported serving on the scientific advisory boards of InVitae Genetics and Genome Medical and owning stock in Genome Medical. Another author has participated in collaborative funded research with Myriad Genetic Laboratories and InVitae Genetics.

This article was originally published on December 3, 2018, by Hutch News. It is republished with permission. 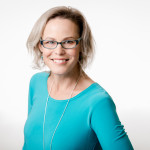