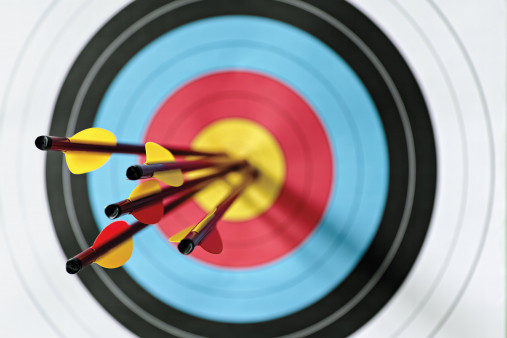 What Is Targeted Therapy?

Precision medicine matches patients with the treatments most likely to work for them.

In recent decades, cancer treatment has evolved rapidly from surgery, radiation and traditional chemotherapy to targeted therapies that attack specific types of tumors and immunotherapies that help the immune system fight cancer.

Targeted therapies work against cancer with specific gene mutations or other unique characteristics that make cancer cells different from normal cells. Usually, this type of treatment interferes with processes needed for cancer to grow and spread.

Researchers have identified hundreds of so-called driver mutations that contribute to the development of cancer. Many of these either boost the activity of genes that cause uncontrolled cell growth (oncogenes) or turn off tumor suppressor genes.

Unlike traditional cytotoxic chemotherapy, which kills both cancer cells and fast-growing healthy cells throughout the body, targeted therapy acts specifically against cancer. Therefore, targeted therapies are often better tolerated than chemotherapy because they don’t harm most normal cells.

Many targeted therapies interfere with cell communication or signaling pathways that regulate cell division and death. Genetic mutations or gene fusions can cause receptors and other proteins involved in these processes to be overexpressed, or overactive, in cancer cells.

One widely used type of targeted therapy is kinase inhibitors, drugs that block the action of enzymes known as protein kinases. These enzymes carry out a chemical reaction called phosphorylation (adding phosphates to molecules), a necessary step in many biological processes. Phosphorylation can modify proteins in a variety of ways—for example, increasing or decreasing their activity.

Protein kinases modify proteins at specific locations, often at the amino acid tyrosine. Kinases are involved in many signaling pathways that control cell proliferation. Overactive kinases can lead to uncontrolled cell growth. Some targeted drugs inhibit a specific kinase, while others are multikinase inhibitors.

Gleevec (imatinib), one of the first targeted therapies, acts on an abnormal tyrosine kinase seen in a certain type of leukemia. EGFR is a receptor tyrosine kinase associated with lung, colorectal and other cancers. Human epidermal growth factor receptor 2 (HER2), another tyrosine kinase, is overexpressed in about 20 percent of breast cancers, making them susceptible to HER2 blockers like Herceptin (trastuzumab).

Normal cells have mechanisms to repair damage to their genetic material—mechanisms that can malfunction in cancer cells. PARP inhibitors, such as Lynparza (olaparib), block a protein that plays a role in DNA repair. Inhibiting PARP leads to more DNA breaks, which can halt cell division. People with BRCA mutations—which raise the risk of breast and ovarian cancer—do not make proteins that fix this DNA damage, so BRCA-related cancers are susceptible to these drugs.

Some of the first targeted therapies were angiogenesis inhibitors, drugs that prevent the formation of new blood vessels to supply a growing tumor. Some tumors produce signals that stimulate angiogenesis, including vascular endothelial growth factor (VEGF). Avastin (bevacizumab) binds to VEGF itself, while Nexavar (sorafenib) targets its receptors.

Some targetable changes occur at low levels in many different cancers—for example, gene fusions or mutations involving RET and TRK. These occur in about 1 percent of all cancers but more often in certain rare ones. The experimental drug larotrectinib targets cancer anywhere in the body with TRK fusions.

Targeted therapies work very well for some people, but they are ineffective for others who may have the same type of cancer but a different genetic profile. And over time, cancer cells can become resistant to targeted therapies, meaning they will stop working. The best results may come from combining targeted therapy with chemotherapy or immunotherapy.

Targeted therapy has led to genetic testing to help guide treatment. These tests look for targetable, or actionable, mutations in a removed tumor or biopsy sample, enabling doctors to select which medications are most likely to work. A recent study showed that patients who used matching targeted therapies survived longer than those who did not.

Many cancer-related mutations do not yet have matching medications. Researchers continue to look for additional targetable cancer characteristics and drugs that will work against them in the hope of making precision medicine available to more people. Clinical trials of new targeted therapies can be a good way to obtain promising experimental treatments.

Non-small-cell lung cancer (NSCLC) offers a good example of the practical use of targeted therapy. About half of adenocarcinomas (the most common type of lung cancer in the United States) carry KRAS, EGFR, ALK or several less common gene mutations. Some occur more often in women and people who never smoked.

Up to 15 percent of these cancers have EGFR mutations. EGFR targeted therapies include Iressa (gefitinib) and Tagrisso (osimertinib). ALK gene alterations are less common; matching drugs include Alecensa (alectinib), Xalkori (crizotinib) and others. Xalkori also works against rare ROS1 gene alterations. Other uncommon mutations in lung cancer include BRAF, HER2 and RET.

Unfortunately, the most common lung cancer mutation, KRAS, has proved difficult to target and does not yet have a matching therapy. In addition, over half of lung cancers may carry other gene alterations that are not well understood and may offer targets for future therapies.