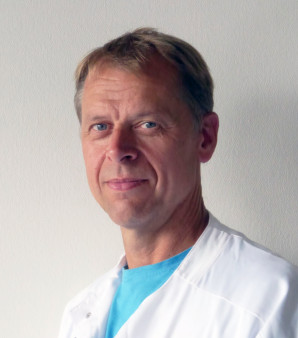 Larotrectinib and entrectinib are effective against cancer with specific genetic changes anywhere in the body.

Two experimental targeted therapies show promising activity against cancers carrying specific genetic mutations, regardless of their location in the body, according to studies presented at the European Society for Medical Oncology (ESMO) 2018 Congress, taking place this week in Munich.

Updated results showed that the TRK inhibitor larotrectinib continues to show a high response rate with longer follow-up. After a year on treatment, 75 percent of study participants with multiple types of cancer were still responding to the drug. A similar drug, entrectinib, demonstrated an overall response rate of 57 percent in another study.

Cancer treatment has traditionally been developed, tested and prescribed for tumors in specific parts of the body, such as breast or lung cancer. But so-called site-agnostic or tumor-agnostic therapies, which attack cancer with specific characteristics no matter where it occurs, could reduce the need for separate clinical trials and would be beneficial for people with uncommon cancers.

Larotrectinib (LOXO-101) is a selective tropomyosin receptor kinase (TRK) inhibitor taken as a capsule or an oral liquid solution for children.

TRK proteins are encoded by three different neurotrophic receptor tyrosine kinase genes (NTRK1, NRTK2 and NTRK3). When one of these genes in a cancer cell fuses with another unrelated gene, it acts as an “ignition switch” that promotes cell growth. Interfering with the resulting proteins can slow or halt disease progression. TRK fusion mutations are rare overall—occurring in only around 1 percent of all cancers—but they occur frequently in certain cancer types, including some rare cancers.

At last year’s American Society of Clinical Oncology (ASCO) annual meeting, researchers reported that among 55 adult and pediatric patients with 17 cancer types in three studies, the overall response rate—meaning complete or partial tumor shrinkage—was 76 percent. According to a full report in the New England Journal of Medicine, 71 percent of responses were ongoing and 55 percent of study participants were still alive without disease progression at one year.

At the ESMO meeting, Ulrik Lassen, MD, of Rigshospitalet in Copenhagen presented follow-up data through July 2018, showing an overall response rate of 80 percent, including 18 percent with complete responses. Several people who had partial responses in the initial report became compete responders. The latest data showed that 88 percent of responses were ongoing after six months on treatment and 75 percent were ongoing after 12 months. The median duration of response could not be determined because a majority of patients were still doing well.

Lassen also reported data from a group of 67 additional study participants, of whom 54 had adequate data. This group had seven additional tumor types, bring the total to 24 across all treated patients.

Larotrectinib continued to be safe and generally well tolerated. The most common treatment-related adverse events were dizziness, elevated liver enzymes, fatigue and nausea, usually mild or moderate. No severe drug-related side effects occurred in more than 5 percent of patients. Among all study participants, only one stopped taking larotrectinib and eleven reduced their dose due to adverse events.

Based on these findings, Lassen suggested that everyone diagnosed with solid tumors and brain cancers should undergo genetic testing for NTRK gene fusions to determine if drugs like larotrectinib might work for them.

Larotrectinib, which is being developed by Loxo Oncology in collaboration with Bayer, has a breakthrough therapy designation and priority review status from the Food and Drug Administration (FDA). An approval decision is expected in late November. The companies are also working on a next-generation TRK inhibitor known as LOXO-195.

George Demetri, MD, of Dana-Farber Cancer Institute in Boston presented data from studies evaluating entrectinib (RXDX-101), an experimental therapy that targets both NTRK gene fusions and ROS1 fusions, which play a role in lung cancer. Previous studies found that entrectinib can enter the central nervous system (CNS) and shows activity against cancer that has spread to the brain.

Demetri reported results from a combined analysis of three Phase I and II clinical trials (STARTRK-1, STARTRK-2 and ALKA-372-001) that together included 54 evaluable patients—all adults—with 10 types of locally advanced or metastatic solid tumors with NTRK fusions, including some with hard-to-treat brain metastasis. The most common types were sarcomas, non-small cell lung cancer, salivary gland cancer, breast cancer, thyroid cancer and colorectal cancer. Entrectinib was given orally once daily in four-week cycles.

Here too, treatment was generally safe and well tolerated. Among patients with NTRK fusions, the most common treatment-related adverse events were altered sense of taste (dysgeusia), fatigue and dizziness, mostly mild or moderate. In a larger population of 355 people treated with entrectinib across all studies, 27 percent reduced their dose to manage side effects and 4 percent stopped treatment due to adverse events.

Researchers previously presented data at the recent World Conference on Lung Cancer in Toronto showing that entrectinib shrank tumors in 77 percent of people with locally advanced or metastatic ROS1-positive non-small cell lung cancer, with a duration of response of more than two years, according to a Genentech press release.

Entrectinib also has a breakthrough therapy designation. Genentech said it will submit these data to the FDA to support the drug’s approval.

Click here to see the larotrectinib presentation slides from LOXO.