The NCI stands to lose nearly $900 million, but childhood cancer would see an increase.

President Trump’s budget proposal for fiscal year 2020, released this week, contains more losses than gains for health-related programs and services, including a large decrease in funding for the National Cancer Institute (NCI).

The $4.7 billion “Budget for a Better America” features some notable increases, including $291 million for a new initiative to end the HIV epidemic in the United States and funding for childhood cancer, both of which Trump touted in his February State of the Union address.

But advocates say these gains will be compromised by reductions elsewhere, such as deep cuts to Medicare and Medicaid—the major sources of funding for cancer treatment and HIV care.

“During the past four years, Congress has prioritized medical research because of the extraordinary number of scientific opportunities that now exist to save the lives of cancer patients and improve the quality of their lives,” said American Association for Cancer Research president Elizabeth Jaffee, MD, of the Sidney Kimmel Comprehensive Cancer Center at Johns Hopkins University in Baltimore. “Clearly, this is not the time to be cutting the lifesaving research that the National Institutes of Health and the National Cancer Institute so effectively support.”

Further, the Centers for Disease Control and Prevention would lose almost $35 million from its cancer screening and prevention programs, according to the American Cancer Society’s Cancer Action Network (ACS CAN).

On the bright side, Trump’s proposed childhood cancer initiative would receive $50 million as an initial allocation for a 10-year, $500 million effort to spur research on the biology of pediatric cancer and the discovery of new treatments. But some advocates say the division between childhood and adult cancer is an artificial one.

“If passed, the proposed cut to NIH and NCI funding would squander years of renewed momentum and progress in advancing discovery in cancer and other chronic diseases,” said ACS CAN president Lisa Lacasse. “The additional $50 million dedicated to childhood cancer research, while welcome, will not be as effective as possible if overall research funding is significantly reduced. Childhood cancer research is intertwined with all of cancer research and cuts to NIH and NCI funding will consequently have deleterious effects on such research regardless of age.”

The budget proposes to slash federal spending on Medicare by $845 billion, although some of that would come from efforts to hold down prescription drug costs. For the first time, the budget would include a cap on out-of-pocket costs for seniors. It would also overhaul Medicaid, eliminating funding for the Affordable Care Act’s Medicaid expansion provision, giving states more flexibility to decide how to administer their programs and instituting an expanded work requirement, STAT reports.

“We strongly oppose the White House budget proposal for Fiscal Year 2020, which would stall our nation’s progress against cancer and impede access to needed care for the millions of Americans dealing with cancer,” said American Society of Clinical Oncology president Monica Bertagnolli, MD. “We also urge policymakers to preserve and enhance access to high-quality cancer care for all Americans by rejecting the proposed changes to Medicaid and Medicare.”

“The cruel and shortsighted cuts in President Trump’s budget request are a road map to a sicker, weaker America,” she said in a statement. “After adding $2 trillion to the deficit with the GOP tax scam for the rich, President Trump wants to ransack as much as $2 trillion from Medicare and Medicaid.”

The #TrumpBudget is a cruel roadmap to a sicker, weaker America. Americans deserve a federal budget that works #ForThePeople! https://t.co/UTLF85c4WH pic.twitter.com/BKXi3KHXAI

Congress must approve the budget by the start of the fiscal year on October 1. Democrats are expected to balk at provisions such as $8.6 billion for a border wall and cuts to numerous popular domestic programs. Trump previously tried to reduce NIH funding in his last two annual budgets, but the agency enjoys wide bipartisan support and Congress instead increased its allocation.

“Federal funding for medical research and access to preventive and curative medical care is essential to ensuring our country can lead, innovate and save the most lives from cancer as possible,” said Lacasse. “On behalf of the more than 1.7 million Americans expected to be diagnosed with cancer this year, we urge Congress to reject these cuts, raise the impending budget caps and ensure cancer research and access to health care remains among our nation’s the top priorities.”

The full 150-page budget proposal is available here and a budget-in-brief summary can be found here. 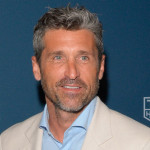 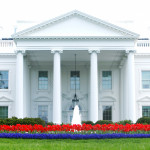 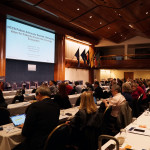