I didn’t mention it in this post, but exercise has been a bit part too. This is a genuine smile.

Another Update on My Mental Health

Post-cancer, taking care of my mental health is an ongoing priority.

Back in June, I realized my mental health was taking a dark turn yet again. For those of you counting, that’s three times in my life (2006, 2017, and 2019). As I’ve learned, a proactive approach helps me before I get to a scary place of self-harm and suicide ideation. In the tail end of summer, I took a multitude of steps to help get me back on track. Now, nearly six months later, I’m doing a lot better. 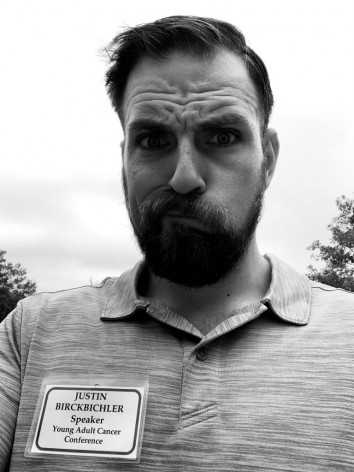 Accurate representation of how I was feeling over the summer

I began seeing a therapist again in mid-July, and have been going to him every other week ever since then. Shortly after the Testicular Cancer Foundation Summit in early August, in which I heard from a lot of other survivors having long term mental health impacts, I asked if my diagnosis of depression was closer to PTSD. He agreed with me, and a lot of things fell into place.

I’ve always been a relatively introverted person, but can play the role of an extrovert. However, since facing cancer, I’ve wanted to be alone more. Furthermore, I get upset when things don’t go to plan or have last-minute changes.

Now I know that these are ways PTSD can manifest. For a while, I’ve been thinking that I’m just an asshole. I’m still working on understanding the intricacies of this condition and I will continue biweekly therapy for the foreseeable future.

It’s also important to note that my sessions aren’t always about cancer-related anxiety. I’m going through a lot in my personal life right now, which I keep very separate from ABSOT posts. While I don’t want to get into it, a fair bit of sessions are focused on those other topics.

Even on weeks I am feeling positive, I still keep my scheduled appointments. It’s nice to talk about the good things going on and have some time to learn more coping strategies while in a better frame of mind.

I firmly believe that everyone can benefit from seeing a therapist regularly, as it’s nice to have an impartial third party to listen and give you unbiased advice. It’s an even bigger bonus if your therapist has a Keurig machine with hot apple cider pods, especially now that it’s colder outside.

I’m getting better at recognizing and managing my triggers.

Two of my biggest triggers seem to be being in crowds for extended periods of time and loud noises. I have no idea why these bother me so much. As far I as I can remember, they are not seemingly connected to any negative experiences in my life. However, it persists as a source of anxiety.

In late September, I attended an Oktoberfest and a night out on the town with John and his friends… aka the literal definition of being in a loud crowd for a long time. 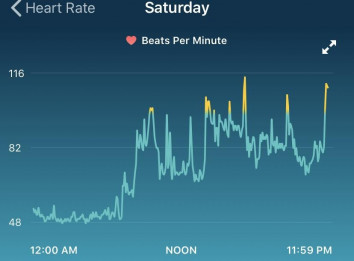 Throughout the day, I felt extremely anxious and wanted to flee. I stuck with it as long as I could. Eventually, I left the bar by myself to go back to his apartment to sleep. When I checked my heart rate stats, it was above 100 BPM for the duration of the time I was out. For comparison’s sake, my resting heart rate rarely exceeds 55. I spent the majority of the following day sleeping, giving my body time to recover.

However, it’s not feasible to avoid crowds and loud noises for the rest of my life.

While reading Rewiring Your Anxious Brain, I learned to expose myself to these triggers slowly to build up a tolerance to retrain my brain that crowds and loud noises won’t harm me. However, going from minimizing my time in those situations to an entire day probably wasn’t the best idea.

Another thing that I’ve intentionally done is choosing to take time to myself after a long time around people. When I gave my TEDx Talk earlier this month, I was with people for the majority of two days. I had a chance to take a three hour break in the middle of the afternoon to network… or go back to my hotel to decompress. I chose the latter.

In fact, I’m actually writing this in my hotel room after an all-day science conference. I chose to stay for the keynote in the middle of the day and to skip the evening social activities. I wanted to give myself the evening to recharge before the next day.

My medical team decided I could benefit from a medication increase.

Around the same time as the aforementioned Oktoberfest saga, I noticed that I was beginning to experience increased feelings of “flatness.” From past experience, I know this is a major precursor to when I’m beginning to slide into a deep depression again. I mentioned this to my therapist and he said to make sure we were keeping an eye on it.

A few weeks later, I was on a walk and was nearly hit by a car. My first thought was, “Meh. If I die, I die.” I was immediately horrified by that thought. I had worked so hard to stay alive while facing cancer. However, I also realize that I had some similar thoughts in the surrounding days. I wasn’t super thrilled to be alive, yet I also was not actively suicidal. The best way to put it was that I was basically apathetic about life. 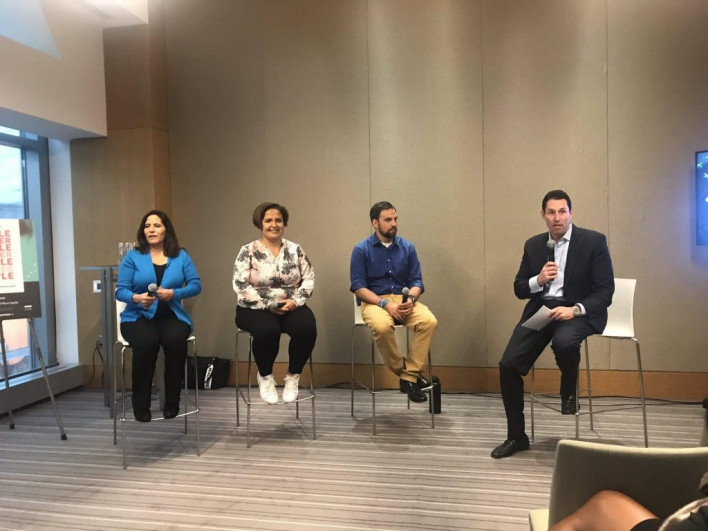 I recently shared this same story at the AtlanticLIVE’s People v. Cancer Summit. Thank you to Bristol-Myers Squibb for making it possible for me to attend.

At my next appointment, I shared this with my therapist. Coincidentally, I had routine blood work scheduled with my oncologist the following week. Since I get my antidepressants from my oncologist office versus my therapist, he suggested I mention these feelings to them.

After talking with the nurse practitioner, we decided to try increasing my dose from 30 to 40 milligrams. Within about three weeks, I started feeling better and have continued feeling better ever since.

In talking with my therapist, I discovered how important my sleep habits are to my mental health. When I don’t sleep well for just one night, I am miserable for days on end. Since noticing this, I have taken a few measures to make sure I have a better sleep experience.

I’ve made a big effort to stay on a regular schedule, by being in bed around 9 pm and waking up around 7 am, even on weekends. While I may not be sleeping right at 9, I generally have the lights off and read on my Kindle until I fall asleep.

I also started sleeping with a sleep mask, which has helped keep it dark through this strange time of daylight savings. Being on time is confusing enough for me and I really don’t understand why we still have daylight savings time, but that’s a separate rant entirely.

Recently, I received a weighted blanket from Corala. While it’s early on in the process, it’s been helping me sleep better. The good people at Corala have even given me a discount code to share with my readers and followers, in case you want to try one out for yourself. Use SHINE15 for 15% off. 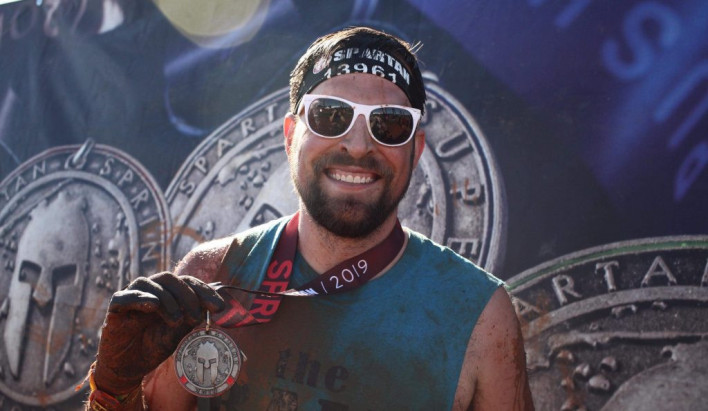 I didn’t mention it in this post, but exercise has been a bit part too. This is a genuine smile.

While sleep seems to be the first thing to cut back on when you’re having a stressful time in your life, I’ve found that’s when it’s most needed and cannot be overlooked.

Meditation has become a mainstay of my day.

Of all of these things I’ve done to help improve my mental well-being, I would conclusively say that daily meditation has been the thing that has had the single biggest impact. Although I initially hard passed on the concept of meditation, fellow Uniballer Ken Lane sold me on it with this blog post and a personal DM.

I selected the Calm app to guide me. I’d like to give a special shoutout to Gabriel from Calm Customer Support team for hooking me up with a free year of premium access, even though I missed the window for a free educator account (see aforementioned mini-rant on being on time for things).

Ever since hitting download on the app in early October, I’ve maintained a strong streak, racking up over 15 hours of meditating. I aim to do a session first thing when I wake up or after my shower in the evening. Oftentimes, I find myself doing it both times.

I find myself feeling more alert, focused, and well-rested throughout the whole day. It’s also interesting to note that even on the days that I don’t get my desired eight hours of sleep, I’m still not feeling sluggish. In fact, my sleep score on Fitbit is sometimes higher on days where I’ve meditated twice and slept less than on days I’ve only done one session and slept longer.

I know that my mental health is a work in progress.

I’m not expecting it to be smooth sailing forever, but with these strategies in place, I think I will be in a good place for a fair amount of time. Since opening up about my mental health recovery, I’ve committed to being transparent and honest. I’m happy to share one of the most positive posts about my mental health that I’ve ever written here on ABSOT.