While I may not be much of a baseball player (and even less so after losing my own ball), I consider myself a connoisseur of the sports genre known as backyard games. Back in April’s “World Tour de Balls” post, I mentioned that I would be connecting with the minds behind CupCheck. This game combines two of my greatest loves — testicular cancer awareness and the aforementioned backyard sports.

I recently had a chance to speak with the CEO, Kevin Jepsen, about the background to the game and how it plans to raise testicular cancer awareness. Though he’s now retired, Jepsen was a pitcher in the MLB and played for teams including the Angels, Rays, Twins, and Rangers throughout his sixteen-year career. He was also a pitcher for the bronze-winning team at the Beijing Olympics.

Back in 2016, Kevin and a group of five other baseball players enjoyed the original iteration of CupCheck.

While on the beach, they stuck four six-foot tall PVC pipes in the sand and placed a cup on top. They then tried to knock the cup off with a Frisbee. Their biggest problem was that this could only be played on the beach, but they wanted to take it to other locations.

In late 2016, Kevin and friends went to the NASCAR race in Phoenix. With a few 2×4’s and a cinder block, they were able to do make it mobile. As they played throughout the day, they noted the “amount of people coming over, asking us what this was… just created a crowd.”

Over the next three years, they worked to make it a reality.

Kevin had taken a year off from baseball in 2017, so he worked hard with his agent to make it happen. He also assembled a team with Kirby Yates, Matt Andriese, Alex Cobb, Evan Longoria, Curt Casali, Garrett Richards and Yasiel Puig.

To make a long story short, with no formal training or background in this, there was “just all this stuff that until you’re in that world, you have no idea that it exists or how long it takes,” like patents, blueprints, and more. Eventually, they made it work when they found a manufacturer who saw that they had “a unique product and took a chance on us.”

Finally, in May 2019, they launched to the world. Now lightweight and portable (without having to lug around lumber and cinder blocks), the game is now available online at their store. I gave Kevin one minute to explain how to play:

“You’re on the same side with your partner. There’s two poles on your side with cups on top. The object of the game is to throw the discus through the poles. If you go through the middle of the poles, without knocking cups off, that’s three points. Each cup that hits the ground is worth two points. Once the cup pops off in the air, the other team has the ability to catch the cup with one hand and get a point for their team.”

You can also check out the formal rules on the website.

But the real mission behind CupCheck is what made me interested in learning more.

When I first stumbled upon CupCheck, I saw that part of the mission was to raise testicular cancer awareness efforts. In talking with Kevin, I learned that they have partnered with the Testicular Cancer Society, who is led by Mike Craycraft, a close friend and former Band of Ballers alum.

The decision to support testicular cancer awareness was a no-brainer, especially with the one-two punch of a name like CupCheck and an owner-investor team of ball players. According to Kevin, the team “likes to have a charity aspect of things we do. We’re always looking to see what we can do. We just felt, ‘We got a bunch of guys involved in a game, and a charity that probably is not as popular as other cancers. But it’s the number one cancer in young males.’”

In big letters on the homepage, they proclaim: “CupCheck proudly supports the Testicular Cancer Society in an effort to save lives through education, research & fundraising.” The manner in which they are supporting TCS is truly unique. In each bag, they include information about testicular cancer and self-exams. I think that’s truly fitting — including information on how to check your bag in the bag.

At CupCheck events, they have awareness pamphlets and information about TCS. Mike has asked for no financial support from CupCheck yet, instead preferring “just the awareness by having a platform that all of our owner investors have, including over 3,000,000 followers on social media.” Kevin did say that they eventually plan to come back to the financial discussion, but for right now, their main goal is to grow awareness with every game sold.

The future is bright.

Recently, they returned to the NASCAR track in Phoenix where it all began for their first widespread event for CupCheck. This event helped lead to more partnerships, which will help raise more awareness.

In addition to dominating the market with the world’s new backyard game, Kevin has high hopes that it helps spark a conversation about men’s health and early detection.

“In general, [men’s health] is not something that people necessarily enjoy talking about. Growing up, it’s kind of a secret. Nobody really wants to talk about it. But we have tied into something where we can easily just slip it in there, and let people go and check it out on their own. We will have it out there more than it would be sitting down at a conversation at a bar, where nobody’s gonna necessarily bring it up or talk about it.

“Or maybe somebody sees it goes to the website, and says ‘What’s this?’ And all of a sudden they’re there at home by themselves, fresh in their mind. They go, ‘You know, I should check myself.’ [We hope to spark] the curiosity of a young guy at home who may not have seen it somewhere else, but maybe he’s a huge baseball fan.

“It might help somebody who finds a lump before it’s too late. Otherwise, you would never even have known how and why to check yourself because it’s not something that is very widely thrown out there.

“It just reaches a range of guys might not otherwise see it.” 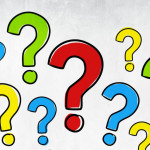