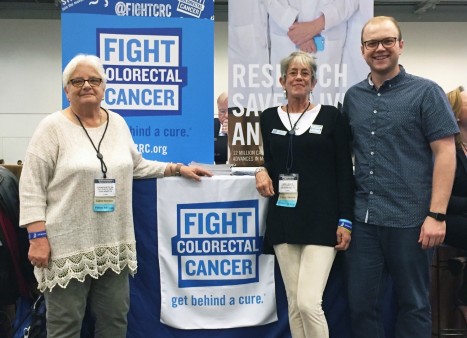 The 2018 Gastrointestinal Cancers Symposium (GI18) is the first of three nearly back-to-back specialty cancer conferences taking place over the next few weeks in San Francisco.

GI18, cosponsored by the American Society of Clinical Oncology (ASCO) and other organizations, covers cancers of the digestive tract including the esophagus, stomach, colon, liver and pancreas. Although colon cancer screening is recommended for the older general population, GI cancers overall are often diagnosed late and difficult to treat. 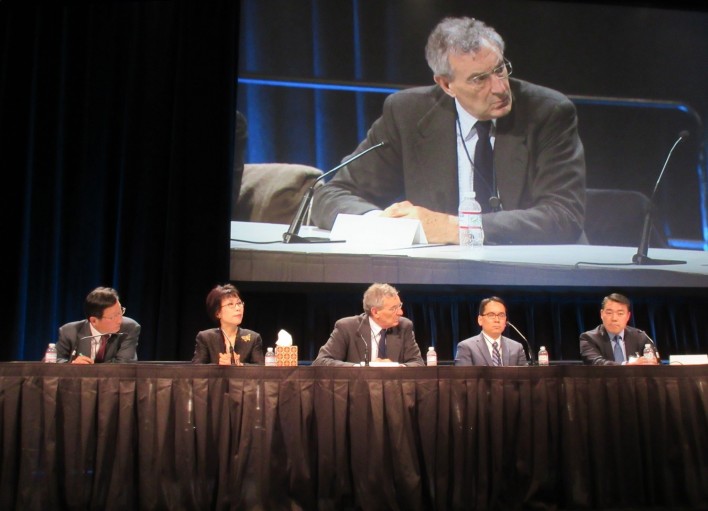 A session on Friday looked at advances in treatment of hepatocellular carcinoma (HCC), the cancer I’ve followed most closely over the years as part of my coverage of viral hepatitis. HCC can be caused by hepatitis B or C, heavy alcohol use, fatty liver disease or other factors that cause long-term liver damage.

Massimo Colombo, MD, of Humanitas Research Hospital near Milan gave an overview of the debate about whether direct-acting antivirals for hepatitis C increase the risk of liver cancer more than interferon-based therapy. The current expert consensus is that they do not. Any therapy that cures hep C reduces liver cancer risk, and the apparent higher rate is due to the fact that people with more advanced liver disease can now be treated with the well-tolerated new medications. 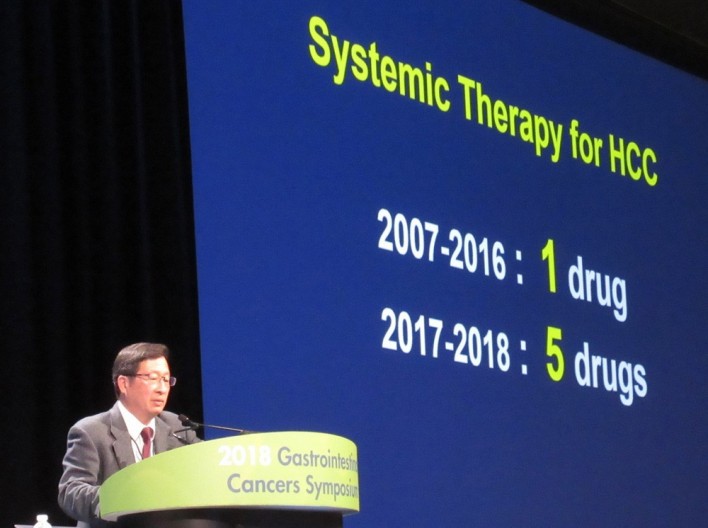 Ann-Lii Cheng, MD, of the National Taiwan University Hospital reviewed current systemic treatments for liver cancer. He noted some remarkable recent progress—from having a single drug from 2007 to 2016, to having five drugs as of 2017: Nexavar (sorafenib), Stivarga (regorafenib), Lenvima (lenvatinib), Cabometyx (cabozantinib) and Opdivo (nivolumab). The first four are targeted therapies and the latter is a PD-1 checkpoint inhibitor.

Immunotherapy was a running theme throughout the meeting, including presentations on Opdivo and another PD-1 checkpoint inhibitor, Keytruda (pembrolizumab), to treat a variety of gastrointestinal cancers. One abstract on Keytruda for liver cancer proved so popular that conference organizers were left scrambling to set up loudspeakers in the hall as twice the room’s capacity tried to cram into a small lecture hall. Another pair of studies looked at Opdivo for colorectal cancer with mismatch repair deficiencies, a genetic mutation that makes cancers anywhere in the body susceptible to certain drugs.

Despite the overcapacity snafu, GI18 gets high marks for making its abstracts, slides and videos available online soon after the presentations. They even had a new system—or at least one I’ve never seen before—that let attendees follow along with the slides and ask questions in real time on their devices. And I’m always happy when I get a table for my laptop instead of having to actually use my lap.

As I’ve written before, one of the highlights of these conferences is meeting advocates from the different cancer communities. Colorectal cancer was well represented at GI18. I enjoyed meeting Andrew Wortmann, Kathy Oliver and Florence Kurttila from Fight Colorectal Cancer (@FightCRC), as well as people from the Colorectal Cancer Alliance (@CCAlliance). Both groups have some great resources available on their websites. Fight CRC and the Cancer Research Institute recently published “A Blueprint to Advance Colorectal Cancer Immunotherapies” in the November 2017 issue of Cancer Immunology Research.

I also got a chance to talk with Jennifer Kennedy from the Pancreatic Cancer Action Network (@PanCAN), which does both advocacy and direct patient support. Another pancreatic cancer group, Let’s Win (@letswinpc), presented findings from a study of #PancChat, their monthly Twitter chat focused on information sharing among the

I learned about the GI Cancer Alliance (@GICAlliance), which brings together more than two dozen advocacy groups, healthcare providers and others to act as a unified voice for awareness and advocacy to prevent, treat and cure gastrointestinal cancers.

But I didn’t find any groups representing people with liver cancer—I wonder why?