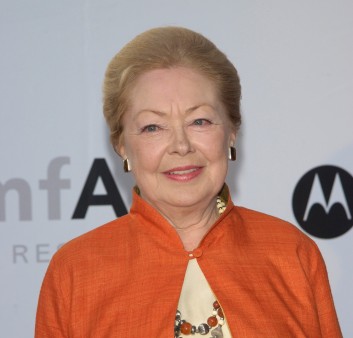 R.I.P. Mathilde Krim, a Pioneer in Cancer As Well As AIDS

Mathilde Krim, PhD, a pioneering medical researcher and advocate for people living with HIV/AIDS, died at her home on January 15 at the age of 91. Though best known for her HIV work, much of her scientific career focused on cancer.

Our sister publication POZ features a remembrance of Dr. Krim and a New York Times’ obituary offers a detailed overview of her life and work.

After earning her PhD at the University of Geneva in 1953, Dr. Krim moved to Israel and became a researcher at the Weizmann Institute of Science, where she worked on cancer-causing viruses. In 1958 she married Arthur Krim, chairman of both United Artists and of the Democratic National Finance Committee, and moved to New York City.

Not satisfied with the life of a society hostess, she joined the research staff at Cornell University Medical School (now Weill Cornell) and later the Sloan-Kettering Institute for Cancer Research (now part of Memorial Sloan-Kettering Cancer Center).

As described in a 1988 New York Times Magazine profile, through Arthur’s political connections Dr. Krim was appointed to a presidential committee on mental retardation and later a panel on cancer research, which contributed to the passage of the National Cancer Act of 1971.

During this time Dr. Krim learned about interferon, a natural immune system messenger chemical that stimulates immune responses against viruses. She thought it could also boost immune responses against cancer—and might be easier on patients than radiation and chemotherapy—and she succeeded in getting research funding from the National Cancer Institute and the American Cancer Society.

Interferon’s promise did not pan out as a widely applicable cancer therapy, although it is sometimes used to treat melanoma and leukemia. However, until the advent of direct-acting antivirals in 2014, interferon alfa was the mainstay of treatment for hepatitis C and it is still sometimes used along with antivirals to treat hepatitis B; curing HCV and controlling HBV can prevent the development of liver cancer.

While Dr. Krim’s stubborn enthusiasm for interferon cost her some scientific credibility, she can be counted as one of the pioneers of immune oncology, which is at the cutting edge of cancer therapy today.

In the early 1980s, Dr. Krim was among the first scientists to become involved in AIDS research, awareness, and advocacy and activism. She was the founding chairperson of amfAR, the Foundation for AIDS Research.

In the early 1980s, Dr. Krim was among the first scientists to become involved in AIDS research, awareness, and activism, and she was the founding chairperson of amfAR, the Foundation for AIDS Research.

Dr. Krim worked with ACT UP, the Treatment Action Group, and other activists to increase funding and change federal policies to allow people with HIV to gain expanded access to experimental medications. Today, this work is carried on by METUP and other advocates who seek to increase access to experimental therapies and widen clinical trial eligibility for people with metastatic cancer.

“[Dr. Krim’s] discoveries with interferon continue to inform us to this day and her work creating what would become amfAR are a vital part of our search for a [HIV] cure,” says Paul Volberding, MD, director of the UCSF AIDS Research Institute and the amfAR Institute for HIV Cure Research. “She was a true pioneer—a scientist and an activist and brilliant at both.”