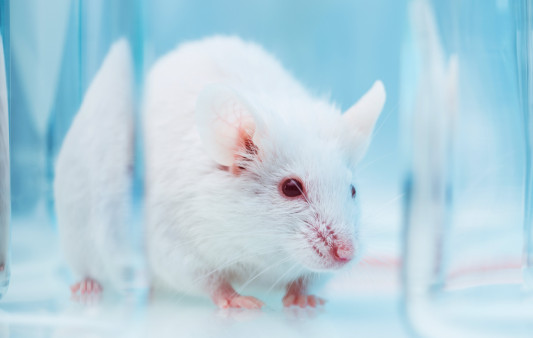 New insights on the link between colorectal cancer risk and BHB, a compound produced from ketogenic diets.

Your diet and your colon have an intimate relationship. Molecules broken down from food and drink continuously bathe the cells that line the intestines. It’s these cells, called epithelial cells, that give rise to the most common type of colorectal cancer. This relationship has sparked decades of research into diet and colorectal cancer risk.

In a new study in mice, researchers have found evidence that a compound produced while eating a ketogenic diet—that is, a diet very high in fat and low in carbohydrates—could inhibit the development of colorectal cancer. The compound, called β-hydroxybutyrate (BHB), jump-started a signaling pathway in epithelial cells in the colon that instructed them to stop dividing.

The study’s leaders and other experts warned, however, that although the study results are intriguing, they do not mean that a ketogenic diet or taking a BHB supplement should be used to prevent or treat colorectal cancer.

In the study, the research team, led by Christoph Thaiss, PhD, and Maayan Levy, PhD, from the Perelman School of Medicine at the University of Pennsylvania, found that treatment with BHB alone slowed or stopped the growth of colorectal tumors in mice, independent of the diet they were fed. It also slowed the growth of colorectal cancer cells taken from people and grown in the lab.

“When we treated [colorectal cancer] cells with BHB, they didn’t die, but they seemed to start sleeping, basically,” said Levy.

The study results, published on April 27 in Nature, offer potentially important new insights into one of the most common cancers, said Phillip Daschner, MSc of NCI’s Division of Cancer Biology, who was not involved in the study.

“This is a significant contribution to our understanding of the link between diet and colon cancer risk,” Daschner said. “But additional studies on BHB’s effects in people are needed, such as clinical trials using BHB supplements, before any conclusions can be made about its role in cancer prevention or treatment.”

The human body is resilient. When food is scarce, it shifts from breaking down and using calories from the diet to dipping into its reserves of fat. Ketosis is the process by which fat is transformed into molecules, known as ketone bodies, that can serve as emergency fuel for the body.

Many studies have suggested that ketosis triggered by fasting may have health benefits for some people. These include reduced blood sugar levels and improved sensitivity to insulin.

Relatedly, a type of diet called the ketogenic, or keto, diet has grown in popularity as a weight loss method. This diet uses fat as the primary source of calories, up to 90% in extreme cases, and drastically limits carbohydrates.

“As long as carbohydrates are low [enough], the body is basically tricked into the same response as if it was starving,” explains Levy. This response includes the production of a variety of ketone bodies, such as acetoacetate and BHB.

The keto diet does seem to help some people lose weight in the short term, although its long-term safety and ability to maintain weight loss are unclear. But researchers have also long been intrigued about whether fasting and diets that mimic fasting, including the keto diet, could potentially help to prevent cancer or even play a part in treating in it.

“Before this [study], previous research suggested that fasting is beneficial in various kinds of cancer,” explained Thaiss. But such diets are difficult to stick to, he added. “So we’re looking for things that would be as beneficial as fasting without fasting itself.”

The research team started by feeding mice one of six different diets containing varying levels of fats and carbohydrates. Two were ketogenic, being composed of 90% fat.

When mice were fed a ketogenic diet after tumors had already formed, their tumors grew very slowly or stopped growing altogether. When the researchers discontinued the diet, the tumors started growing again.

Further experiments ruled out that the keto diets’ effects on tumor growth were due to differences in calories between the diets, changes in the immune system, or reduced inflammation. However, the researchers did observe a decrease in cell division (proliferation) in the epithelial cells lining the colon and in colorectal cancer cells in mice fed the ketogenic diet.

What caused these effects? Further work pointed to ketone bodies as the critical component.

Among the ketone bodies they analyzed using mouse intestinal tissue grown in lab dishes, BHB stood out. It reduced the growth of both normal intestinal tissues, without causing damage to healthy epithelial cells, and of intestinal tumors.

Next, the team tested whether BHB alone could have effects similar to those of a ketogenic diet. They gave BHB to mice with colorectal cancer that were fed a normal diet, using BHB levels designed to mimic concentrations that would be induced by ketosis. Giving BHB alone, even in the presence of normal amounts of carbohydrates, decreased tumor growth.

Using cultured intestinal tissue, the researchers found that BHB binds to a receptor on epithelial cells called Hcar2. This binding in turn boosts the activity of a gene called Hopx, setting off a cascade that eventually signals cells to stop dividing.

“Ketone bodies are a source of [emergency] energy for the brain. And, based on our study, that same molecule has a second property, which is to shut down everything else that is energy consuming,” he said. “If the body is starving, and you want to keep your brain alive, it would be a waste of energy to [let cells] proliferate. The body can fix things later,” once it’s been fed.

And this ability of ketone bodies to stop cell growth in the periphery of the body also seemed to slow colorectal tumor growth, he added.

In a final set of experiments, the team studied the effect of BHB on human tissue, both colon samples taken from healthy human donors and tumor samples from people with colorectal cancer, in lab dishes.

Similar to the results in mice, BHB reduced growth of both types of tissue. It also boosted the expression of HOPX, the human version of Hopx. When the researchers treated cells that didn’t have the HOPX gene with BHB, the compound didn’t slow cell growth, which the researchers believe indicates the signaling pathway controlled by HOPX is necessary for BHB to have an effect.

Towards human studies of BHB

BHB slowed growth of human colorectal cells in the lab. So now the researchers want to learn whether it works in people. Specifically, they want to know if boosting BHB levels could slow abnormal cell growth and extend the period when precancerous polyps might be detected before they grow into full-blown cancer.

“Because as long as you can find polyps early, you can remove them before they become invasive,” Thaiss explained.

They have launched a small clinical trial to start looking for an answer. The study will enroll people with Lynch syndrome, a genetic condition that predisposes people to develop many types of cancer, including colorectal cancer.

Participants will have tissue samples taken during a routine colonoscopy. They’ll then be given a BHB-laced drink to consume daily for 4 weeks, after which they’ll return for a second round of sample collection.

“The idea is to see, first, if the drink is safe—that it doesn’t cause any side effects,” said Levy.

“The second is to see if the same mechanism that we identified in mice is also relevant in people. We have the first evidence that it is the case in the current study, but we want to see, when we do this kind of intervention, do we see the same changes in gene expression” in living people?

If they do see these effects, the next step would be a study to see if BHB could slow polyp growth in people, she explained.

And if BHB is found to suppress polyp growth in people, many other intriguing questions arise in addition to prevention, said Thaiss. Could BHB supplements be used in tandem with colorectal cancer treatments? And could BHB’s effect be seen in cancers that form outside of the digestive tract?

“There have been reports that ketogenic diets may be beneficial during treatment in some [cancer types] but detrimental in others,” he said. “So we want to understand what kind of tumors could benefit from [BHB], versus other contexts where it might have no effect at all, or even be harmful.”

Another factor potentially complicating the understanding of how BHB works in the colon is that the current study didn’t touch on the microbiome’s possible role in influencing the body’s response to different nutrients, Daschner said.

The microbiome—the collection of bacteria, fungi, and viruses that live in the human gut and that varies widely from person to person—has been shown to play a role in weight gain and loss, some inflammatory diseases, and even whether people respond to some cancer therapies.

The makeup of a given person’s microbiome can affect its interactions with nutrients, medications, and anything else that passes through the gut. In some people, depending on their microbiome, BHB may not have an effect, he explained.

So, for now, BHB is a ‘don’t try this at home’ scenario, said Daschner. It’s currently sold widely as a dietary supplement, but its risks and benefits need much more study.

“This was a mouse study, and mouse metabolism is different from human metabolism. So, whether or not these findings translate to clinical situations is still unknown,” he cautioned.

“This wasn’t tried in patients in this study,” agreed Levy. “We’re optimistic based on the data we gathered from mouse models, but we should definitely wait before we make any specific recommendations for people.”

This post was originally published June 2, 2022, by the National Cancer Institute. It is republished with permission. 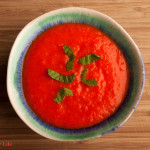