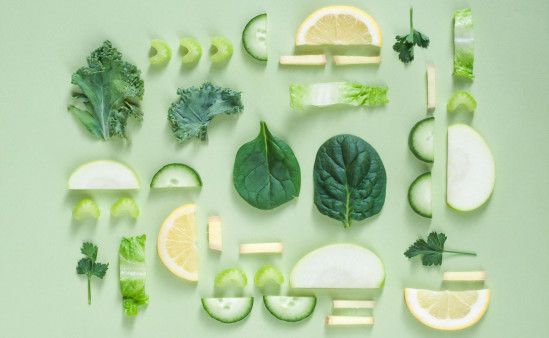 By Dose Juice on Unsplash

I must confess I am a bit skeptical that merely by changing my dietary habits I am miraculously going to be cured of my otherwise incurable cancer.

I recently celebrated my sixth anniversary of having been diagnosed with cancer by not having yet died from it. Similarly, it is a little less than a year since I, in an effort to accomplish the not dying part, subjected myself to months of chemotherapy, from which I also did not die (but experienced a couple of episodes when that looked like the preferable outcome). And while I am of course immeasurably grateful to still be vertical, I must admit that I think the years of living with cancer and the ramifications of the treatment for it are starting to grate on me.

In the last couple of weeks, I have written blog posts in this space that I believe reveal my increasing annoyance with cancer. The first, On (Cancer) Language, was a bit of rhetorical flourish for the uninformed that seem to inhabit every cancer-ites orb. Similarly, but with a bit more bite, last time out I wrote about things not to say to those of us with cancer. It occurred to me that merely telling people what was okay to say was not going to be adequate. Let’s face it: Some people just need practical advice. Consequently, I posted Silence Is Golden.

Unfortunately, not everyone seems to read my vital blog, including certain people who are close to me. (When I say close, I may or may not mean that they are blood relatives. Hint, hint, wink, wink.) This is not necessarily their fault as I am not confident that some of these unnamed people know how to actually use a computer. Technological savvy is not a prerequisite to be in my circle, as I don’t hold others to a standard that I cannot maintain for myself.

I only realized belatedly, however, that my essential posts above were not getting through to all of the right people when I received a message from one such person. This message, which arrived in the form of an email (so I guess someone does know how to use a computer after all), was an unsolicited missive directing — not suggesting or even requesting — that I look into some unheard-of doctor. Helpfully, the instructions provided not only the doctor’s website but his phone number, which I quickly realized was not a U.S. phone number. I have nothing against non-U.S. doctors whatsoever, but I happen to be based in the United States. So there is some element of a convenience factor at play.

The message went on to “inform” me that this doctor is really more of a consultant. I was puzzled by that terminology. What does that entail? Does that mean the doctor actually just charges one for thinking about one’s issue but actually does nothing? You know, consulting. Although I feel as though I already spend way too much time with doctors (U.S.-based) as it is, I do like a bit more of a hands-on approach. I think an occasional lymph node check or a look at my lingual tonsils (which is really just another form of lymph node check), although physically awkward, is probably a good idea.

Of course, the directive did not end with the instructions to make my international phone call. I was also informed that this doctor’s big thing is “diet.” I realize this is a touchy subject with many cancer sufferers. Some people swear by a diet change while others think it is a red herring (and I am pretty sure herring is a fatty fish and thus not on the approved diet). I must confess I am a bit skeptical that merely by changing my dietary habits I am miraculously going to be cured of my otherwise incurable cancer. And while I am not the world’s best eater, I already eat a pretty healthy diet. Tonight, in fact, I think we will have tofu on the grill. Of course, too much soy can apparently cause cancer as can grilling, so maybe I am not too healthy after all. Nonetheless, if diet were the key to being cancer-free, I think I eat well enough that I should be. But, as you may have noted, I am not. If I were, I would have much less to blog about.

Finally, perhaps to further attempt to persuade me of the prudence of this approach, the email sender informed me that a good friend is a dietitian who could create a diet for me. I do not doubt the motives of this undisclosed directive giver, but I can’t help but wonder if s/he thought this could be a win-win: I can cure Jeff of cancer and get my friend a new client! Joy!

What my unsolicited message writer seems to fail to notice is that I am already surrounded by countless people who do actually know what they are doing. This group includes MDs, DOs, PAs, NPs, RNs, LPNs, MAs, RDs, and the occasional PhD and LCSW, the last for when I have had too much of dealing with all of the prior. Each of the above has his or her place, even if the occasional MA did not know my right arm from my left — I get it, it’s confusing because it is backwards when facing the patient. Like looking in a mirror and having a cancer patient staring back at you.

Do these people have all of the answers? No, sadly. But have they collectively put me into remission for the time being? Yes, happily. Thus, when someone close to me comes along and acts as if s/he has a solution that I did not think of that would be so much better than what I have done already (note also that these suggestions might have been more useful before I underwent treatment), it is a most unwelcome message. As this person well knows, my wife is a doctor, we live in New York where there are many specialists in my type of cancer and, surprising as this may seem, we actually did give some thought to my options before deciding on them. And as delicious as a diet comprised solely of turmeric-coated non-GMO kale and green tea with organic Meyer lemon sounds, I am pretty sure that if I had used that as my silver bullet for cancer it would have had the same impact on me as any other bullet.

It may be hard for those without cancer to understand since, of course, people who care about you only want to be helpful. And one can’t fault them for that, nor should one. Certainly this particular person loves me and wants nothing but the best for me. But before firing off half-baked schemes involving international doctors and facile fixes, consider perhaps how much thought has already gone into getting me to this point. If you are not sure, then perhaps just keep it to yourself. As I said last week, silence is golden. 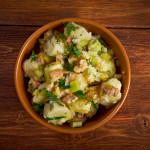 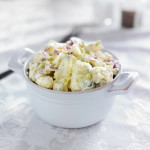 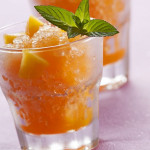