Zelboraf is a kinase inhibitor approved for inoperable or metastatic melanoma with BRAF V600E mutations and Erdheim-Chester Disease with BRAF V600 mutations. 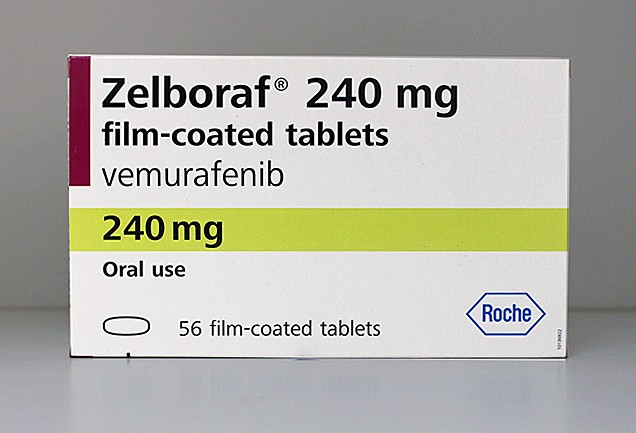 Zelboraf is a kinase inhibitor that targets cancers with BRAF V600 mutations. The BRAF gene encodes an enzyme that plays a role in tumor development.

Zelboraf is taken as a twice-daily tablet with or without food.